You’ve probably heard her voice before… but you’re not sure where. Maybe it reminds you of the ethereal tones of Kate Bush or the warm colours of Karen Carpenter. Or maybe it’s because you’ve heard her voice soundtracking some of the biggest adverts & TV show moments of the last few years.

The voice belongs to Astræa and you know it from her emotive version of ‘You’re Not Alone’ from a Lloyds Bank ad. You might also be one of the thousands that downloaded her lush original track Waiting when they heard it at a key moment for Tommy and Molly-Mae on Love Island.

What you don’t know is that as well as that beautiful voice, Astræa is a rarity in the completely male dominated world of music: she’s a woman who writes, produces, and independently releases all her own music.

And it’s funny that she should be trailblazing in the worlds of advertising and reality shows when they are probably as far as you can get from the thoughtful, introspective work of Astræa, someone with a classical background whose studies in music and psychology led her to practicing music therapy with people with schizophrenia and children with learning difficulties.

Growing up in Minnesota, which is snowbound for what seems like half the year, eight-year-old Jennifer – Astræa’s real name - had spent her childhood ‘drawn to music’, singing in choirs and performing impromptu renditions of Disney classics to anyone who would listen until her family was bequeathed an old piano from the 19th century and things started to get interesting.

Having grown up surrounded by music – “my mum, who’s a nurse, has a lovely singing voice and played guitar and my dad played folk and rock from The Beatles through Crosby Stills and Nash to Led Zeppelin” – the arrival of the piano, and the lessons that Jennifer insisted on, changed everything.

“My parents knew how passionate I was about music and they encouraged that,’ says Astræa. ‘And when it became time to go to university they were supportive that I go after music, even though it’s not a safe career.”

Studying music and psychology led her to music therapy: “The best way to explain it is it’s a form of psychotherapy but you’re using music to communicate,” she says. “If you’re working with someone with dementia who might not have verbal abilities to express themselves they can use music.”

But this was years after she first started writing songs… at the age of 8, “writing little lyrics and piano pieces”… before moving on to proper songs. “I was inspired to write songs by Taylor Swift,” she says, surprisingly. “She wasn’t that much older than me and I thought, if she can do it so can I. That’s when I started taking it seriously.”

But it was when she was 14 and inspired by piano & film composers like Ludovico Einaudi & Hans Zimmer that she felt like she was writing music as a form of catharsis. “I’ve always suffered with anxiety and have found it a means of dealing with that and life in general,” she says.

The name Astræa comes from that idea of catharsis. “It symbolises the idea of there being light within the darkness,” she says. “It means starry night in ancient Greek. Astræa is also the goddess of justice and as social justice and equality is something that’s always been a focus of mine, the name really resonated with me.”

Unsurprisingly, her first release, five years ago, was a solo piano album, before the world of sync – the art of selecting or creating music for films, TV, advertising – came for her.

“A music supervisor at a sync company had heard some of my music and wanted a meeting,” she says now that she has become something of a ‘go-to’ in the world of sync. “I’d been working on covers and they wanted to pitch them for a Lloyds ad.” It’s a stressful world with short deadlines but one that somehow works for Astræa: “I enjoy putting my own take on things,’ she says, ‘reinterpreting a classic song to mean something else.”

But though the world of sync is enjoyable and comes easy to her – You’re Not Alone sold 50,000 OCC units & 5 million streams following that Lloyds ad - it’s her own music that Astræa is focusing on now. And it’s for her own compositions that she’s now getting all the attention.

“That was pretty surprising,” she laughs of her song Waiting appearing at a key moment on Love Island, making such an impact that the YouTube post blew up, with the comments flooding in.

“That was a sync that I had no idea was happening,” she says. “I was in the States at the time and came home to hundreds of messages, many from young people saying that it helped them through a hard time…”

Lyrically confessional, emotionally evocative, and seemingly played on the same broken-down 19th century piano she learned on as a kid, Astræa’s voice is intimate yet powerful, earning her comparisons with Kate Bush (who her mum used to play when she was little, one of the few Americans to be aware of the British national treasure) and Tori Amos. And like those artists, Astræa is still one of very few women who write, produce and perform their own music.

“Women make up only 6% of music producers and 17% of songwriters in the UK. That’s insane!” she says. “I’m passionate about gender equality. It’s great to see amazing work being done by companies and individuals to encourage and support women to get into engineering and production but we still have a long way to go.”

“It’s good to develop your skills and get outside of your own head sometimes,” is how she describes these collaborations.

Now Astræa’s back working on her own material with an EP 100% written & produced by her ready to roll. “It’s become a very personal project,” she says. “Like my first EP, all of it was written & produced by me from my home studio during the lockdowns over this past year. I know I’m not alone in saying I really struggled with feeling isolated and the anxiety of the unknown. Writing these songs helped me escape from those darker days. I wanted to create music that gave me hope of better times and showed me my struggles would help me become a more resilient person. I think the more open we can be about our experiences, the better.”

Following up the success of her debut Tonight I Run EP, Astræa continues to hone in on her signature ethereal pop sound throughout the Looking Up EP, embedding her heartfelt lyrics within stunning cinematic & electronic soundscapes. Along with themes of optimism, escapism, and resilience, the EP has wide-ranging influences from artists and producers including Kate Bush, Imogen Heap, Max Martin, & Portishead creating the foundation.

For Astræa, this next EP is the continuation of an exciting new era as she works towards what she’s been dreaming of since the age of 3: to reach and connect with people through her music at an international level.

“The reason I create music is so it’s there for people in difficult moments, to make them feel less alone,” she says. “That’s my motivation.” 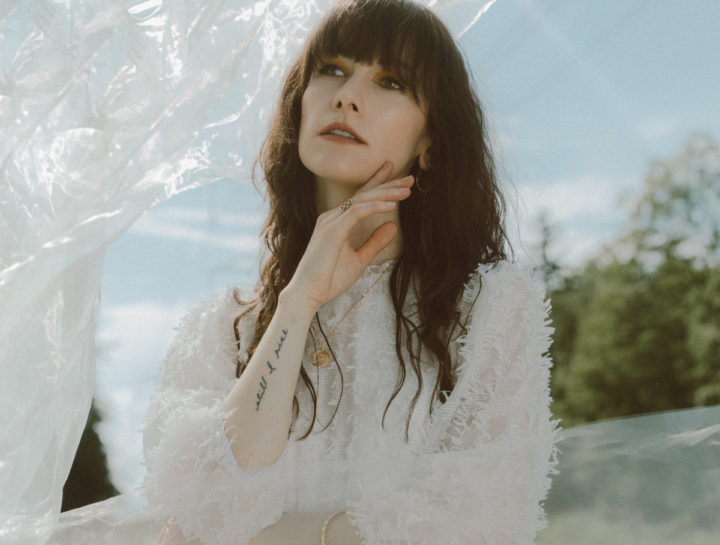 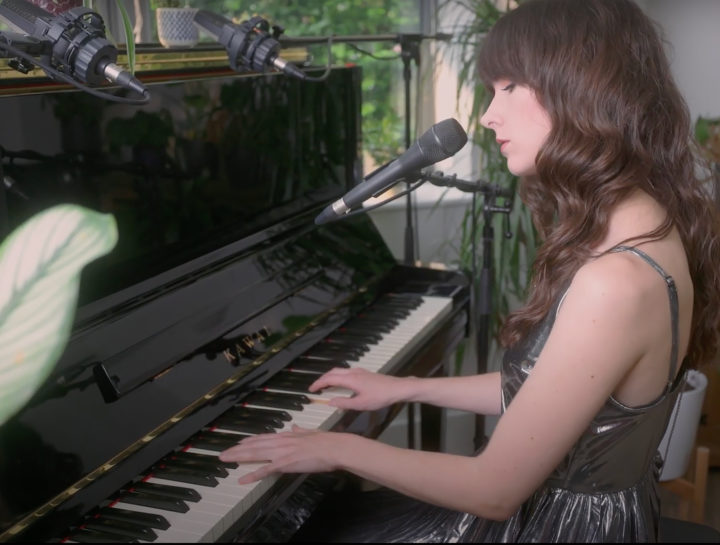 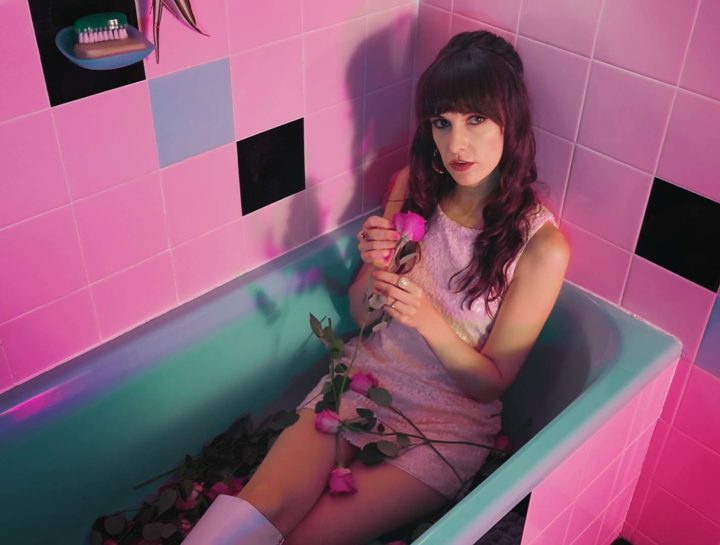 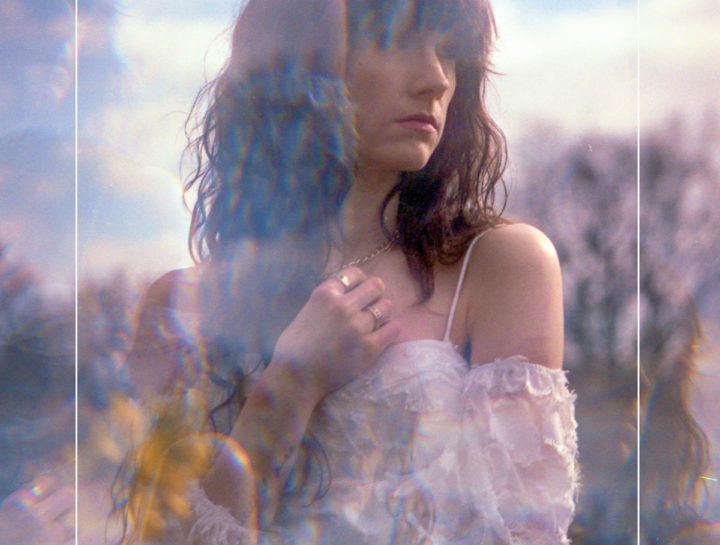 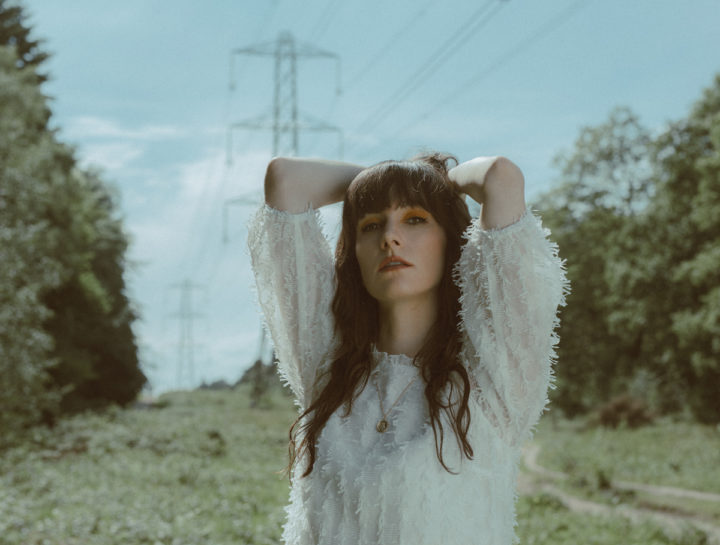 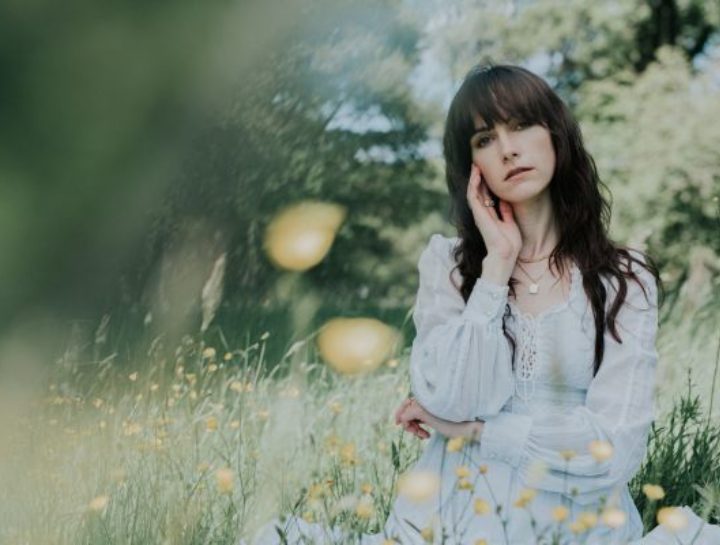 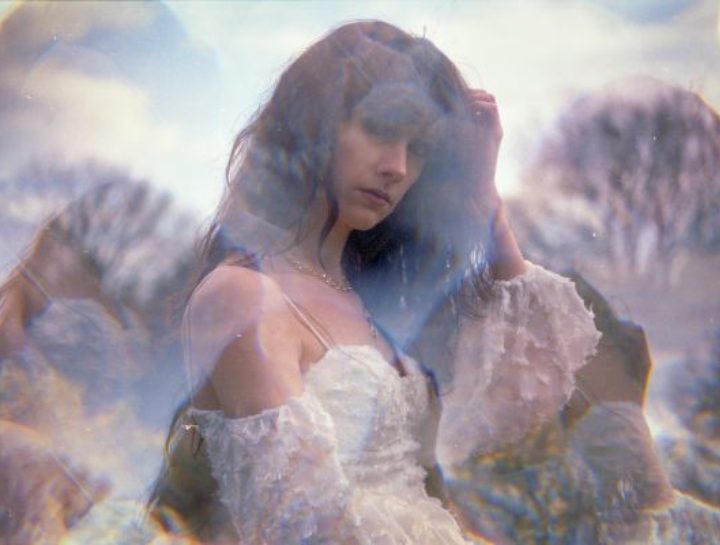