Travel realigns the compass of the heart, fixing new points of love and memory. The decade or more that Anthony Furey and Paul Butler spent touring the world (Australia, New Zealand, USA, France, the Netherlands, Scandinavia) as the founding, songwriting core of Irish band The Young Folk certainly added a few.

Places like the village of Okarito, population 25, on the west coast of New Zealand’s South Island. “It’s Paradise,” says Anthony. “You feel like you’re on the edge of the world,” says Paul.

Or a little town on the outskirts of Austin, Texas, called Elgin, where they walked into a thrift shop and bought a bear. An anonymous place, with no strings attached, stumbled upon by chance.

Then there are those other points that life has handed down. Like the suburb of Ballyfermot, west Dublin, where Anthony was born and raised, and where Paul and Anthony met at music college when they were both in their early twenties. Or a particular garden in Kilbarrack, north Dublin, belonging to Paul’s parents, where a whole orchard has been reduced to one surviving apple tree – a great place to lie and watch the sun filtering through the leaves.

And even during lockdown, when you couldn’t stray far from home, new points appeared. Like the studio in “the middle of nowhere” (County Offaly to be more precise), where Paul and Anthony laid the groundwork for their new album Weightless/Still (“You lose all coverage there, which worked in our favour,” says Paul). And the house of producer Scott Halliday, also in the middle of nowhere, where they honed their new sound, chiselling away at the details to create something simple, epic and true.

Lockdown may have bought the global industry to a crashing halt, but to Anthony and Paul it offered a multitude of silver linings: the chance to relax, to play different instruments, to write and to think.

A chance to rethink too. After all those years touring the globe with The Young Folk, supporting Midlake, the Waterboys, Imelda May, releasing two albums (The Little Battle in 2014 and First Sign of Morning in 2016), playing at leading festivals (Electric Picnic, Folk Alliance International, Port Fairy Folk, Cambridge Folk, Dranouter, Cornbury, Black Sheep) and on live TV (RTE’s Saturday Night Live, TV 3’s Ireland AM, Holland’s The Dream, Vintage TV in the UK), it was time for a change.

“The last time we were away, in Holland and Luxembourg, at the start of the year, we got introduced as ‘The Young Folk’ and it just felt completely wrong,” says Anthony. “It was like we’re not there anymore. We’re not folk. Nor were we particularly young either.” “The grey in my beard has been telling us we have to move on,” Paul adds.

They wanted the freedom to play different instruments, not just keyboards (Paul) and guitar (Anthony), to untangle themselves from the steady rotation of band members, to play any style of music, unfettered by the spurious trad Irish folk band tag, and get back to the simplicity of a duo, just like in was in the beginning.

When he enrolled in the Contemporary Music course at the Ballyfermot College of Further Education back in 2006, Anthony was a relative musical novice, which is surprising given that he comes from at least two generations of professional musicians. His grandfather was the renowned fiddle player, song-collector, and storyteller Ted Furey. His father George Furey was a member of The Fureys, alongside Anthony’s uncles Finbar, Paul and Eddy. The Fureys were one of the most famous contemporary Irish folk bands in the world.

Anthony never met his grandad, who was like a character from an old Irish song book, sweet on the fiddle and hard as nails. Before going out to the bar for a few pints, Ted would dismantle a set of uilleann pipes and ask one of children to reassemble it before he got back home. Tough love, but it worked. “I’d love to have had a conversation with him,” Anthony says. “I can relate to him completely.”

Anthony picked up the guitar when he was sixteen or seventeen. He wanted to write his own songs, rather than just play the old tunes. “It would have been easier for me to go down the traditional route,” he says. “But I decided on the original route and I find that a lot more rewarding.”

Like Anthony, Paul’s family were performers going back a century or more, but theatrical for the most part rather than musical. His great grandad was the revered nationalist playwright P. J. Bourke, his great-grandmother the opera singer Margaret Kearney Bourke (Margaret’s brother, Peadar Kearney, wrote the Irish national anthem).

In the late 1980s, Paul’s father came home from the Lebanon where he was serving with Irish peace-keeping forces and gave his son a Casio toy keyboard "he was always bringing back random gifts from distant places". Paul fell in love with the keyboard and with music. He got to know Anthony on the music course at Ballyfermot after helping him with a particularly tricky music theory test.

“He was just using me basically,” Paul says.

“Still am,” Anthony retorts, to guffaws of laughter. “It’s like fourteen years down the line and he still hasn’t figured it out.”

The pair began gigging and writing together. Anthony disappeared for a year to study at the Academy of Music and Performing Arts in Tilburg, Holland, while Paul earned his keep playing in the piano bars of Dublin. But when Anthony returned, the collaboration deepened, musicians were enrolled, and The Young Folk were born.

And now they’re Elgin, a name that means nothing and therefore anything and everything. “You can be any age with it,” says Anthony. And you can play in any style you like and write lyrics about any subject under the sun.

Anthony and Paul wrote almost all the songs for The Young Folk, Anthony often drawing inspiration from writers and poets - George Orwell, Seamus Heaney, Charles Bukowski, Colum McCann. Especially Colum McCann. But it just so happens that most of the material on Weightless/Still is Paul’s. “I was in the right frame of mind,” he says. “Well… actually in the wrong frame of mind, but the right one to come up with all these ideas.” New ways, born of sleep deprivation, to express self-doubt, anxiety, loss and letting go of the past. “Things that I feel uncomfortable talking about,” Paul admits.

Religion too. When Paul’s uncle, the filmmaker Brendan Bourke, died suddenly a few years ago, it hit hard. Paul found himself deprived of the comfort that religion afforded other members of the family. “I was quite envious that they could say ‘he’s in a better place, he’s not in pain’. It’s a great concept, but I don’t believe in it at all. And I was angry at this. Like, what am I supposed to do?”

Those feelings form the lyrical backbone of ‘Oh Love’, the opening song on Weightless/Still. Other songs range over defeats, epiphanies, minor victories, smaller blessings, daily awkwardness, such as the feeling of being an imposter and a fake in ‘Cherry Picked’, with its perfectly weighted line ‘You wanted a falcon, I gave you a finch.’ Or reaching a low point and remembering the low point before that one, and the low point before that in the song ‘Stone’s Throw’ (“A bit of a Eureka moment for me,” Paul says). Or the feeling of not being able to help somebody any more (‘Bulletproof’), or sitting in that back garden in Kilbarrack and letting the mind wander (‘Apple Tree’), or broken love (‘Fault Lines’), or feeling lost and clueless at the end of a relationship (‘Hopeless Swimmer’, written by Anthony).

Then there’s ‘Sloe’, a song inspired by Colum McCann’s short story ‘Fishing the Sloe Black River’, which was turned into a film by Paul’s uncle, Brendan. “Everything in that song is about something completely different – trips, love, life, holidays, friends,” Paul says.

So many feelings and states of mind, all aspiring ultimately perhaps to a feeling we often dream about, the feeling of being weightless and still. “As in out of body,” says Paul. “The feeling that we never have.” 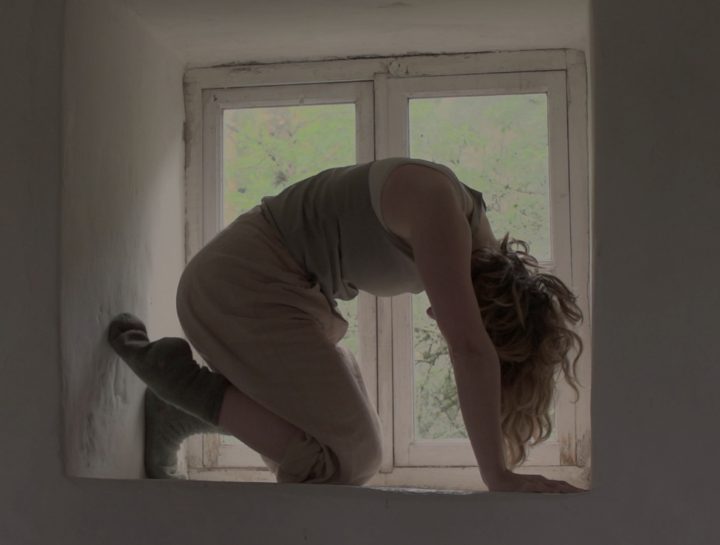 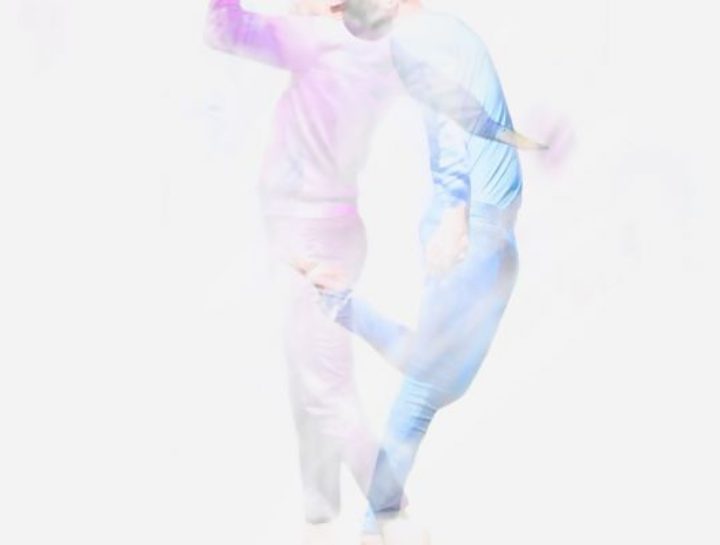 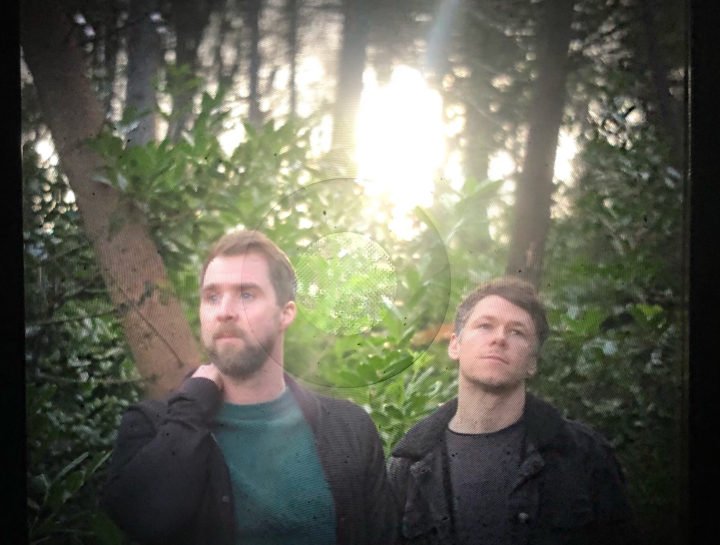 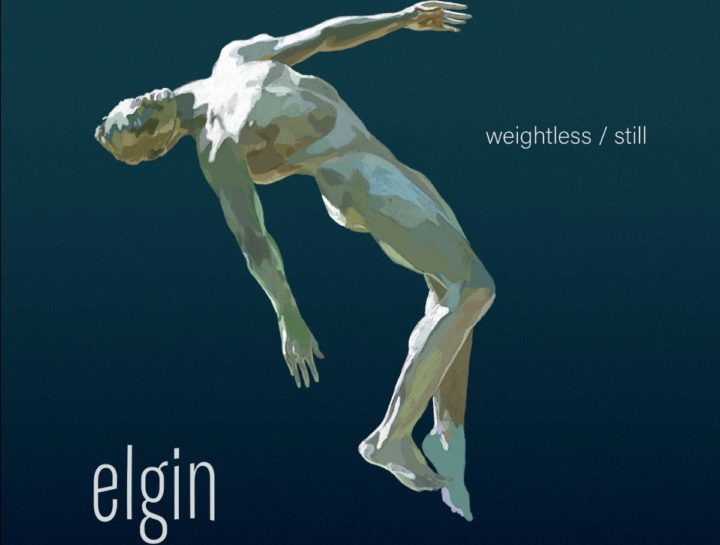 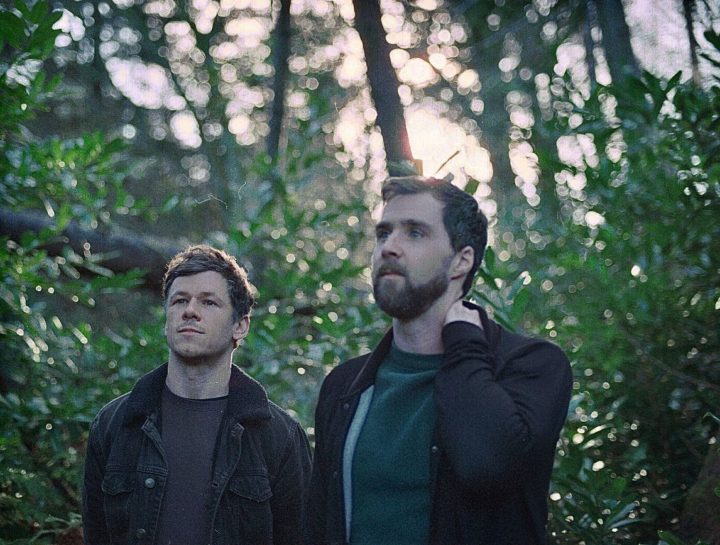