When Guitar World convened their State of Guitar in 2021 all-star summit, JOHN 5 appeared on the magazine’s cover, right alongside Metallica’s Kirk Hammett and Tool’s Adam Jones. Without a doubt, his reputation as a guitar-slinging troubadour and top-notch shredder is well-earned, recognised by friends, peers, and collaborators like Slash, Paul Gilbert, and Steve Vai over the years.

But the man whose passport reads “John William Lowery” is more than a postmodern guitar hero. An eclectic showman and horror-obsessed pop culture maverick, JOHN 5’s tastes and talent are as vast and diverse as his renowned collection of guitars and as robust as his expansive discography.

As evidenced by the latest slab of sinister sounds credited to his long-running JOHN 5 AND THE CREATURES outfit, the Michigan-born musician, who moved to Hollywood as a teen to pursue his rock n’ roll dreams, follows his artistic muse wherever it leads. SINNER is ten tracks of pure JOHN 5, summoned with the same mix of vibrant energy and passionate emotion beloved by fans of his work as guitarist for Rob Zombie, Marilyn Manson, and David Lee Roth. SINNER songs like 'Qué Pasa', 'Euphoria', and 'Creepshow' are full of hooks, melody, and thick guitar-driven groove.

Carla Harvey of Butcher Babies contributes a single word to 'Euphoria', but it’s absolutely crucial to the energising and dynamic track. “It’s about the delivery of that word,” John explains. “Not a lot of people can deliver it like that. She’s perfect for the song. It just came together in a really cool way.”

'Qué Pasa' revolves around a distinctive vocal refrain. Originally built with a sample, John opted to have it reworked by Grammy-winning Megadeth leader Dave Mustaine. “I have such an appreciation for Dave, and I love his voice, guitar playing, songwriting. And he kills it.”

Fans of super-shredding will devour 'Creepshow', a track John lovingly describes as “total chaos, with guitar playing on ten.” That John will reference traditional rockabilly legends and thrash metal in the same conversation speaks volumes about SINNER and his overall approach to his career. “A great song is a great song,” he says simply. “No matter how much distortion is on it.”

John’s creative output is as fluid, versatile, and unstoppable as his guitar playing. Even as he prepped the new album with THE CREATURES, he kept busy with multiple projects. His fifth record with Zombie, The Lunar Injection Kool Aid Eclipse Conspiracy, became the hard rock icon’s first No. 1 album. The debut single from L.A. RATS, pairing John and Zombie with Nikki Sixx (Mötley Crüe) and Tommy Clueftos (Ozzy Osbourne, Rob Zombie), cracked Billboard’s Mainstream Rock Top 40.

The key to it all was John’s development of a uniquely identifiable style, which he nails on SINNER. “In the interviews with all of my heroes I read when I was little, they all said the same thing: have your own style,” John explains. “If they are all saying that, then it must mean some- thing. When people hear this record, I want them to say, ‘Oh, that’s John 5.’ What you get with 'Sinner' is the best of me.” 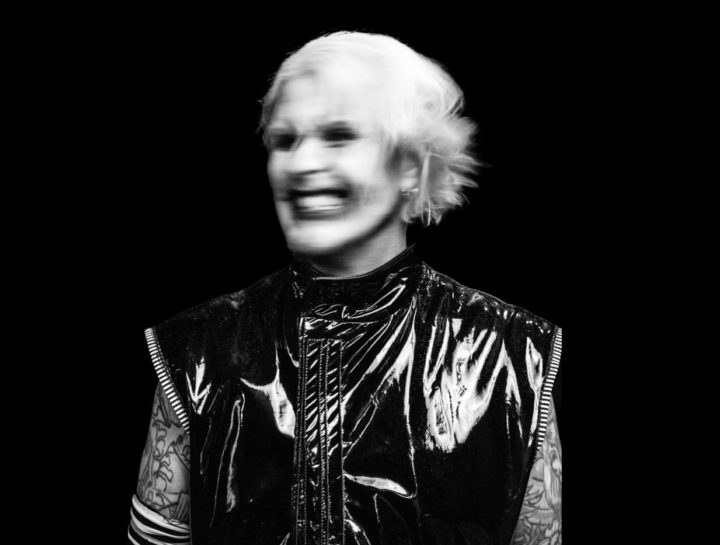 John 5 shares new video for 'Land Of The Misfit Toys'