“This album came out of a reawakening,” says Nahko. “I found myself entering a new chapter in my life, and writing these songs was my way of processing all the changes I was going through.”

While Nahko has built his career on deeply personal, reflective songwriting, his extraordinary new album, 'Take Your Power Back', is far and away his most profound, revelatory, and fully realised collection yet. Recorded in Los Angeles and Executive Produced by cut&dry and Dan Fratoni, the record grapples with grief, trauma, and reconciliation, learning to face heartache head on and embrace the peace and serenity that comes with understanding and acceptance. As heavy as all that may sound, the music here is as uplifting and infectious as anything Nahko has ever released, blending socially conscious folk and rock with soulful, alt-R&B, genre-bending production. These are songs of growth, of courage, of resilience. They’re testaments to the beauty and evolution that can come from fully inhabiting our pain, and they’re proof positive that our true power—spiritual, physical, and emotional—inevitably comes from within.

“All of our great teachers have taught us that our inner heaven is the path to enlightenment, to happiness, to self-love and becoming whole,” explains Nahko. “Taking my power back, to me, meant exploring an entire landscape of recovery. It meant the rebuilding of a young, lost cub on a journey to find himself and love himself in a world that’s seemingly pitted against him.”

Much has been written about Nahko’s remarkable journey to find himself over the years, and it’s a story that’s still unfolding. Born to a Puerto Rican/Native American mother and a Filipino father, Nahko was adopted by a white, conservative, Christian family in Oregon and raised under the name David Bell. He later learned that his birth was the result of a rape, that his biological mother had been fourteen and sold into sex work at the time he was conceived, and that his biological father had gone on to be murdered. A sixth-generation Apache, he took on the moniker of Nahko—a play on his middle name, Nahkohe-ese, which translates to Little Bear—as a way of reclaiming his roots, and in his late teens and twenties, he began traveling the country, spending stints living as far afield as Hawaii and Alaska as he wrestled with identity, purpose, and perception.

“I rushed into my twenties with a handful of songs and fierce sense that no one would ever control me,” says Nahko. “I was headstrong and deeply angry with society. I didn’t trust anyone, and I didn’t think much about the music industry. I just knew that I enjoyed writing songs and had a passion for sharing them.”

Backed by his band, Medicine For The People, Nahko released his debut album, ‘On The Verge,’ in 2011, but his true breakthrough came two years later with ‘Dark As Night.’ The record was a critical and commercial breakout, landing in the Top Ten on the Billboard Heatseekers Chart and earning the band festival slots at Outside Lands, Electric Forest, Wanderlust, Bumbershoot, and more. Over the next four years, Nahko would go on to release two more celebrated albums with his band, solidifying his reputation along the way as an outspoken activist and advocate for both social and environmental justice. It was meaningful work, to be sure, but it also took an undeniable toll.

“There were no boundaries between my personal and professional life,” reflects Nahko. “I was campaigning for all these different organisations and spinning all these different plates and caring for so many other people’s needs that there was nothing left for myself at the end of the day. I realised that I’d been using my music and my activism as a shield, as a way to bypass the important work of my own healing.”

So, for the first time in years, Nahko decided to be still. He settled back down in the Pacific Northwest and began attending joint therapy sessions with his birth mother. He recommitted himself to his career, making personnel changes both onstage and off, and gave himself the time and space to write in ways he’d never experienced before.

“I had half a year just to cultivate and create on a deeper level,” he explains. “I’d obviously written very personal songs before, but I realised that I hadn’t allowed myself to explore some of the darker parts of my psyche because I’d never had the language for it. For the first time, I saw just how much work I needed to do, and while it was painful, sometimes you have to go through the mud to find the flowers.”

‘Take Your Power Back’ is indeed a veritable garden of revelation and insight. Album opener “Fourth Door,” which features Joseph’s Natalie Closner Schepman, speaks to the importance of grieving and mourning, while the soaring lead single “Lifeguard” and waltzing “Slow Down” meditate on the need for self care, and the striking “Give It All” and searing “Dear Brother,” which features environmental activist and hip-hop artist Xiuhtezcatl, search for a more spiritual definition of home and family. Accountability is key here, and songs like the profoundly funky “Take Your Power Back,” poignant “Twisted,” and probing “Part Problem” all recognise that no matter our circumstances or origins, we’re each ultimately responsible for our own path in life.

“Admitting you’re part of the problem can be difficult,” says Nahko, “but raising your hand and asking for help when you need it is essential. It’s the only way you can learn to love yourself and forgive yourself.”

As much as the record looks to the future, it’s also laced with reminders of Nahko’s past, weaving together a broad range of genres and traditions from around the world. The collection begins with a direction song delivered by Nahko’s uncle in the Taino language (fans might recognise this as a callback to the band’s last album ‘HOKA,’ which opened with a similar prayer in the Lakota language); the “Oli Kukulu” interlude highlights a poem read by Nahko’s aunt, Pua Case, a protector of the sacred Mauna Kea in Hawaii; and later in the album, Nahko shares an interlude rendered in Ilocano, one of the three most spoken languages in the Philippines. The Afrobeat-tinged “Honor the Earth,” meanwhile, offers a modern take on the Great Law Treaty at Lake Onondaga, which led to the creation of the Iroquois Confederacy (and modern American democracy), and the Paul Simon-esque “Bend Like The Willow” draws on Nahko’s experiences in the sweat lodge.

“Each of the last two years on my birthday, I’ve gone on a vision quest in this sweat lodge I built with the guidance of my elder, Uncle Doug Goodfeather,” says Nahko. “I go in for 24 hours with my intentions and my prayers, and I come out cleaned off and with new perspective.”

It’s a fitting metaphor for an artist in the midst of such a profound emotional and creative reawakening. ‘Take Your Power Back’ marks the beginning of a bold new journey for Nahko. He hopes it does the same for listeners. 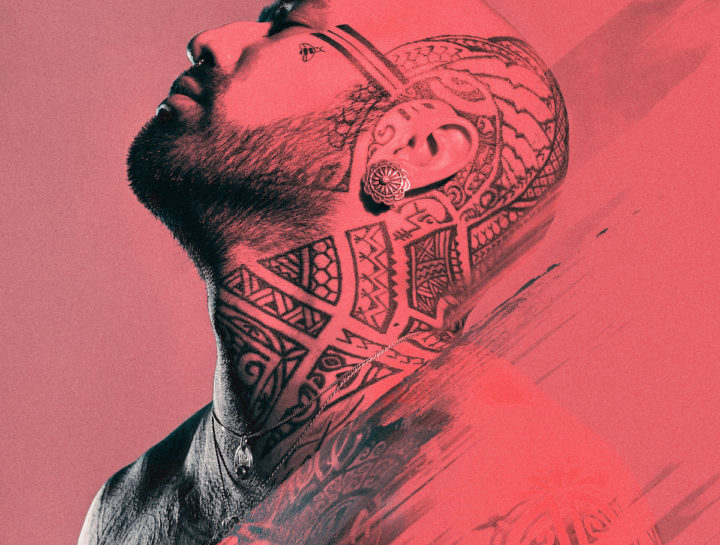 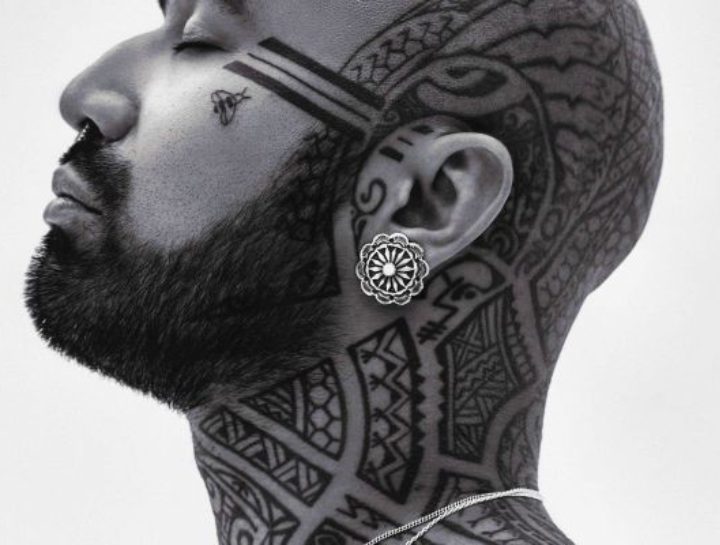 Nahko And Medicine For The People release 'Honor The Earth' 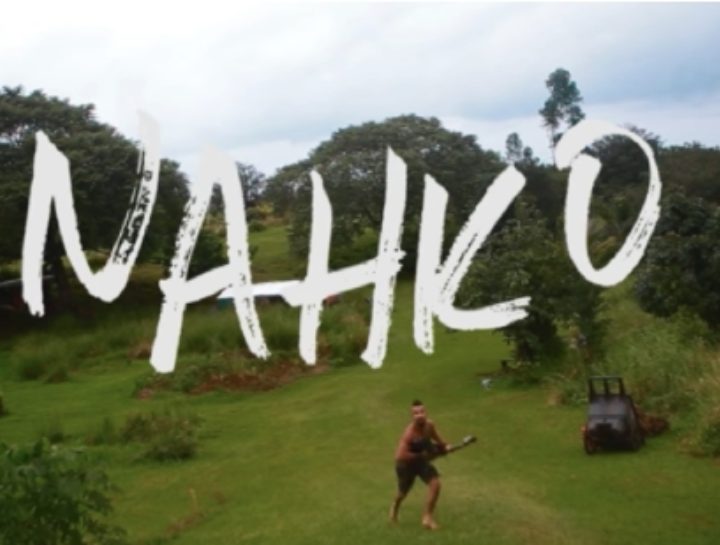 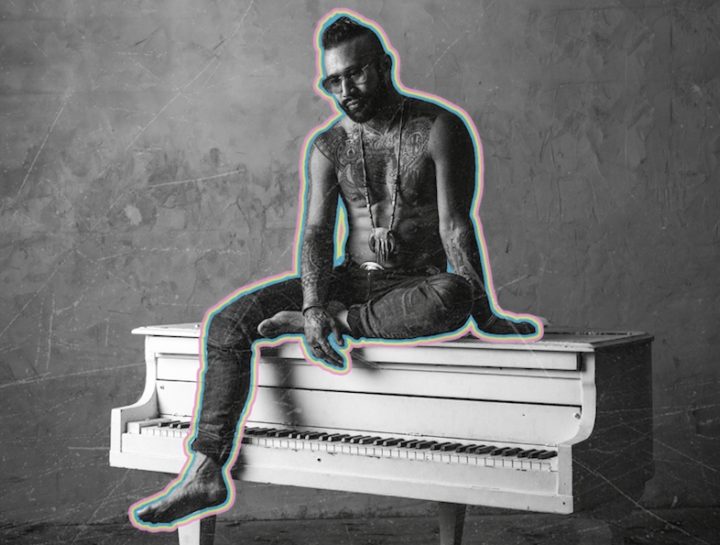 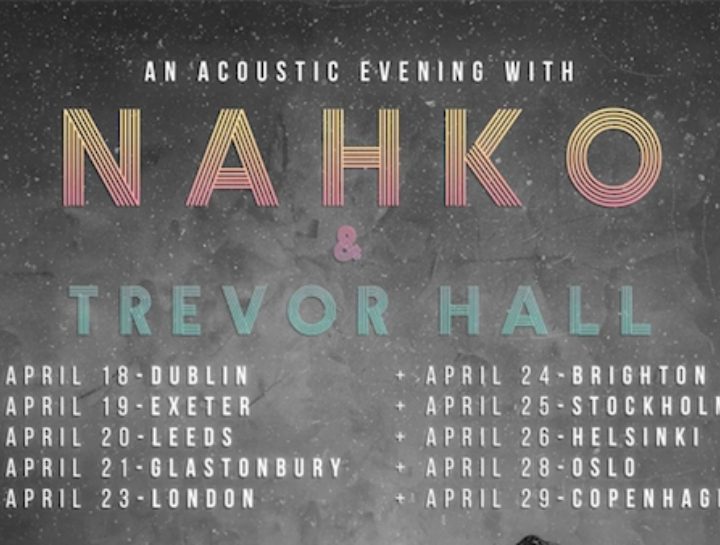 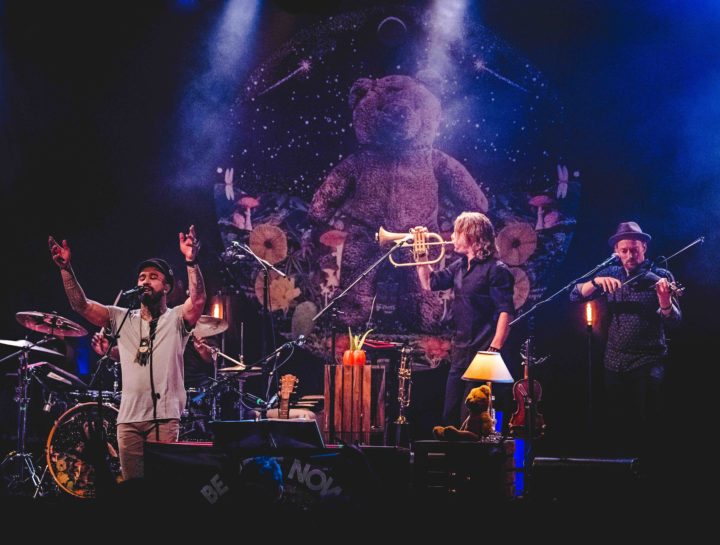 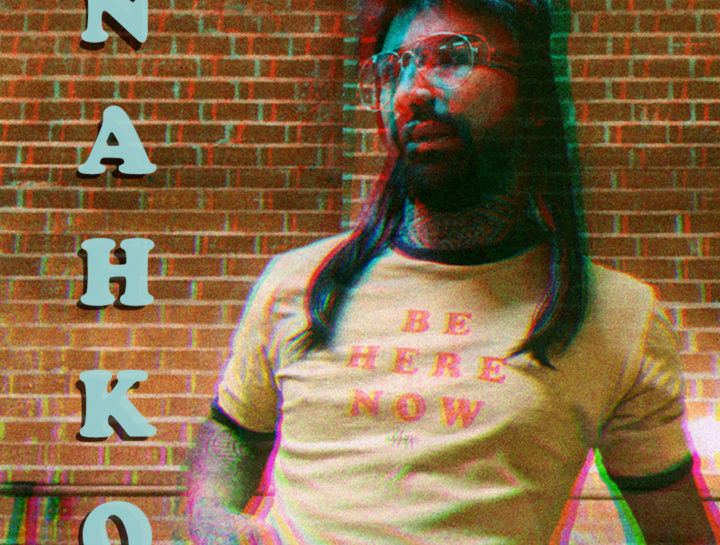 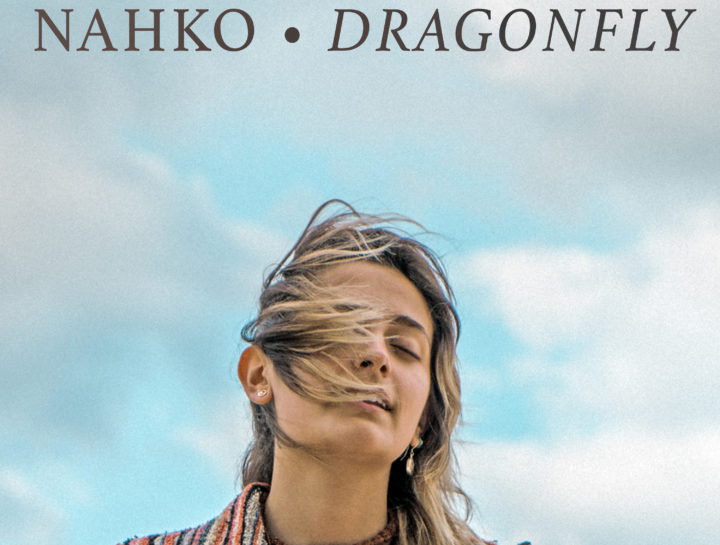 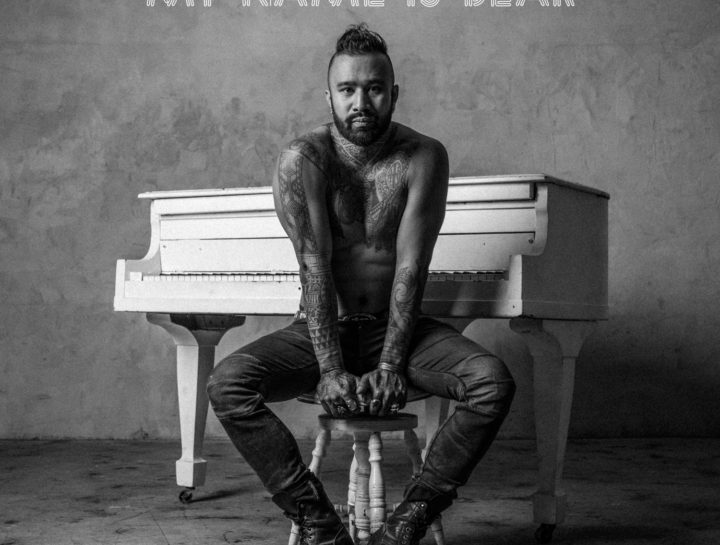 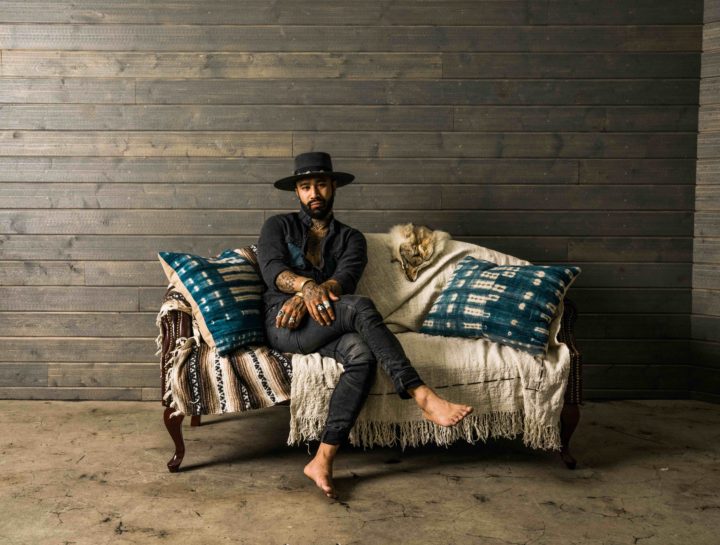 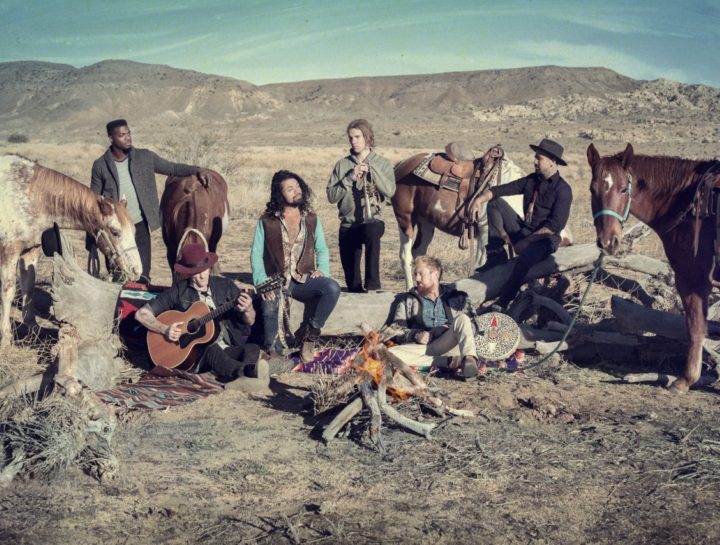 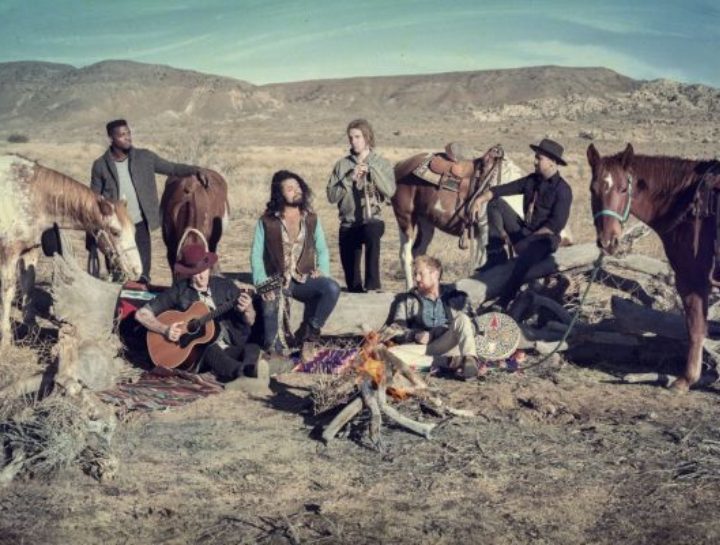 Nahko and Medicine for The People, Earth Day video premiere - 'Make A Change' 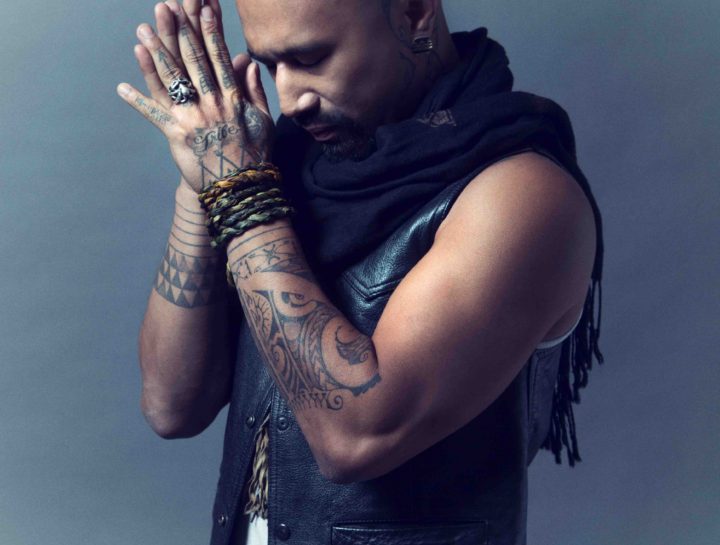 Nahko and Medicine for The People announce new album and single