Thomas Sandgaard wasn’t the only 15-year-old kid with a guitar and a dream of becoming a rock star. Growing up in small-town Denmark in the 70s, he worshipped at the altar of gods such as Jeff Beck, Jan Akkerman of Focus and iconic Deep Purple six-string wizard Ritchie Blackmore.

But then Thomas reached a crossroads, and the path he chose took him a long way from rock’n’roll. It involved a stint in the military, raising a family, technological innovation, founding a multi-billion dollar business and even, in 2021, the purchase of South London football club Charlton Athletic. It was vastly rewarding, personally, professionally and financially. But somewhere deep within Thomas Sandgaard’s soul, the itch to play music remained unscratched.

Now, more than four decades after he drifted away from music, Thomas has returned to his first love. He is the guitarist and driving force behind Sandgaard, the band that bears his name and whose music embodies both the spirit and the sound he loved as a young man.

Sandgaard’s self-titled debut EP takes the kind of exhilarating hard rock its guitarist and leader grew up listening to and remodels it for the 21st century. Songs such as ‘On My Way’ and ‘Believe’ are simultaneously modern and timeless, just as all the greatest music should be.

“This music has always been in me,” says Thomas. “Even though it wasn’t part of my life for a long time, I didn’t have to dig very deep to find it again.”

Thomas’s journey began in a town a few miles south of the Danish city of Odense. He was, by his own admission, a “nerd” - at least until he discovered music. “I was one of the least cool kids in school, cos I was kind of a nerd,” says Thomas. “But I started listening to music, and I found a way to make money so I could buy a guitar.”

He did what most aspiring musicians his age did and passed through several teenage bands, albeit ones that mostly played their own music rather than covers. “I wasn’t the greatest guitar player in the world to start with, but I learned to hang on in there,” he says. “But I knew what gets a crowd going. That was probably my biggest skill then, and it’s still my biggest skill now.”

But playing music wasn’t his sole focus. He was interested in electronic engineering, and the budding entrepreneurship that led to him buying his first guitar saw him building up a parallel business organising and setting up PA systems at gigs and festivals in Denmark. He built a couple of recording studios from the ground up too. “The music was still happening, but all this other stuff was taking over,” he says.

Without realising it, Thomas had arrived at a fork in the road. He could continue to pursue his vanishing rock’n’roll ambition or follow a more practical path of electrical engineering. He chose the latter.

What happened to Thomas Sandgaard next was something the 15-year-old aspiring guitar hero he once was could never have envisaged. He went to college and got a degree in acoustics, did a stint in the military as part of his Danish national service, got married and started a family. He began working in the electronics industry, carving out a name for himself as a cutting-edge hotshot and a business leader.

By the 90s, he’d moved across the Atlantic to Boulder, Colorado. It was there, while living in the spare room of a friend’s house, that he started up a medical company that would, through a combination of hard work and vision, become a multi-billion dollar concern, fighting the tragic effects of the opioid industry.

Throughout this period, music took a back seat. He didn’t have time to listen to it, let alone play it. “I would hear names of bands like Mötley Crüe, and I’d be like, ‘OK, I have no idea what they sound like.’ I was stuck in the late 70s and early 80s,” he says with a laugh. “Occasionally people would talk to me about playing guitar, and I’d like, ‘Yeah, I miss it.’ But my life had taken me somewhere else.”

Things began to change in middle of the last decade. He got divorced and his business successes had given him the headspace to think about what he wanted to do with his life. At the same time, a group of guys he knew asked him if he wanted to sit in with their band. It was nothing serious, just a chance to dust down his guitar. Sure, Thomas said, why not? It’ll be fun.

“We started playing cover songs at first, because that’s what you do,” he says. “We were doing AC/DC, Queen, Zeppelin songs like Black Dog. And I learned to play so much music that I’d never heard before.”

The cover band only last a couple of years, but it didn‘t matter. Thomas Sandgaard had fallen back in love with rock’n’roll. The floodgates opened and the songs began pouring out of him. He recruited a band of all-star musicians to help him realise the music he was making, including former John Mellencamp drummer Kenny Aronoff, Bon Jovi guitarist Phil X and Jane’s Addiction bassist Chris Chaney.

“I hadn’t been in a recording studio for 35 years,” says Thomas wryly. “The last time, I was building them. But it felt good to be in that situation again.”

It was that line-up which completed the four songs that make up Sandgaard’s debut EP, produced by Scott Humphrey (Mötley Crüe/Rob Zombie). Hi-octane energy crackles through opening track On My Way, propelled by a riff that has been rattling around Thomas’ head for the last 40 years, ever since he was that kid in Denmark.

The anthemic ‘Believe’, with its thick yet agile bass and soaring melody, is the kind of thrilling pop-rock perfect by Van Halen in their prime. The blockbusting ‘Breathe Into Life’ sets its sights on the stratosphere, while ‘Love–Hate’ shifts from punky, low-slung verses into a soaring chorus. It all sounds instantly familiar, yet brand new.

“Everything you hear has been buried in me for 40 years,” says Thomas, who says he has enough songs stockpiled for a full-length album, which he plans to begin working on this year. “When I was young, people said, ‘You should go to New York, become a musician, that’s where you belong.’ I had those dreams, but real life gets in the way, you make choices, and you end up doing what you do. But I always wondered how things might have been different.”

Forty years after he first had those dreams, Sandgaard – the band – has answered that question. This isn’t about making up for lost time, or belatedly living out some long-held teenage fantasies of becoming famous. It’s certainly not a hobby band – Thomas is as committed to this as to any of the many other successful ventures he has pursued throughout his life.

No, this is the sound of a man whose life took him to some incredible and unexpected places returning to one of the things that made who he is, all those years ago. And it’s that which makes Sandgaard so brilliant and unique. 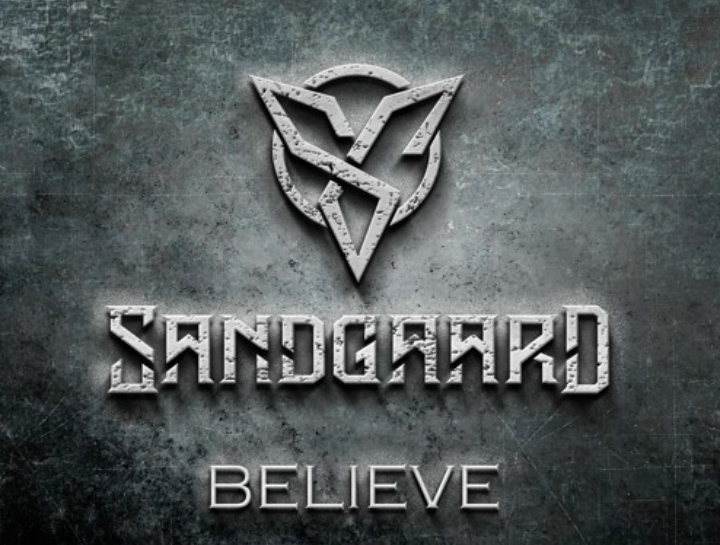