The legendary British rock group, famed for a truly remarkable collection of albums and hit singles over the past four decades, return with their brand new album Under The Midnight Sun on October 7th 2022, via Black Hill Records. It's preceded by the lead single, 'Give Me Mercy'.

When the sun just wouldn’t leave the sky one evening in Finland, Ian Astbury took notice. Walking the grounds of the Provinssirock festival, Astbury found himself revelling in the surreal, almost occult moment that comes with the “midnight sun,” the summer stretch where the sun doesn’t go down north of the Arctic Circle.

“It’s three in the morning, the sun’s up, and there’s all these beautiful people in this halcyon moment,” Astbury remembers. “People are laying on the grass, making out, drinking, smoking. There were rows of flowers at the front of the stage from the performances earlier that evening. It was an incredible moment.”

While reviewing archival footage of the performance, Astbury found new mysticism in that moment and imbued it into The Cult’s 11th studio album.

Due October 7, 2022 via Black Hill Records, Under the Midnight Sun brims with bold curiosity, discovering the deep emotion that lies beneath and cracking it open as the world shifts around you.

From lead single 'Give Me Mercy', it’s clear that Astbury and co-founding member Billy Duffy have spent the six years since their last full-length pushing further into their esoteric strength. Flanked by Duffy’s dynamic guitar riff, Astbury reaches new heights of sinewy vulnerability. “Give me mercy, a new language,” he calls to the sky, before warning of a butcher’s knife in a trembling hand and the end of a species.

“I was absolutely enamoured with this piece of music Billy had written, and it perfectly fit these thoughts I’d been having about our culture’s need to move past assumptions of duality,” Astbury says. “We need new language because words can’t express where we’re going.”

No experience further proves that point than the pandemic, a factor that completely reshaped the entire world. The Cult had been on a rolling cycle of releasing albums, touring, and recording. As the world shut down and everyone was forced to re-prioritize the way they approached life and work, The Cult had the opportunity to fully reset. When lockdown lifted and the group could meet to record, they teamed up with a new producer, Tom Dalgety, who has worked with the Pixies as well as modern experimentalists Ghost and Royal Blood. “I was compelled by this vision, this anomaly, this memory, of being under the midnight sun. Tom helped us bring a new musical shape and frequency to our process,” Astbury says.

Lyrically, Under the Midnight Sun bolsters that new musical dexterity by building out from the idyllic and surreal vision at its title. Throughout, Astbury pulls in influences from Brian Jones, Brion Gysin, William Burroughs, Buddhism, the Beats, and the Age of Aquarius, all shaded with the lingering threat of the present and the timeless Cult colour palette.

Album highlight 'A Cut Inside' rides Duffy’s lithe electric lead and hypnotic rhythms, Astbury eying the community around him with suspicion. “No heathens in heaven/ No sweet surrender/ Outsiders forever/ Ghosts of our lives,” he emotes, the song a refusal to be contained.

Having been raised in a family of outsiders and spiritualists, kneeling at the altar of Bowie, Astbury would seem the type to be unphased by strange occurrences. But even his constant curiosity required some mental exercise to process things.

“We've witnessed human evolution, civilizations, millennia of science, metaphysics, poetry, art, floods, ands famines, and here we are in this moment where billionaires are going to Mars and people cannot feed themselves and there's wars everywhere,” he says. “When the world stopped, I had this moment to write in real time, to calculate.”

Under The Midnight Sun’s opening track 'Mirror' shows that processing, an insistence to forget what you know and look deep into the strange hallucinations reflected in the karma mirror as regal piano and cymbal splashes bloom.

Those grand touches highlight the cinematic quality that permeates the record, perfected in the title track, 'Under The Midnight Sun', a smoky, seductive number. The Cult have never shied away from grand scope, but Dalgety helps open a new facet of the group’s sound on Under the Midnight Sun by tightly packing the instrumentals under Duffy’s guitar—like a director pushing the performance. “He earned the nickname Young Stanley, after Stanley Kubrick,” Astbury laughs.

Much like Kubrick’s work, this set of anthemic songs reaches a resonant place beyond the expected, capable of pushing its audience into new metaphysical territory while feeling oddly familiar at the same time. As The Cult are now returning to performing live and sharing Under the Midnight Sun, Astbury hopes that the record connects to something deep within and subconscious in their listeners—something Astbury found within himself when given the moment to look for it.

“At the core of it all, music contains the vibrational frequency of how we once communicated before we could even speak,” he says. “Bird songs, animal calls, string theory, quantum physics, psychedelics. The record ultimately is about finding and uniting beauty in those strangely natural moments.” 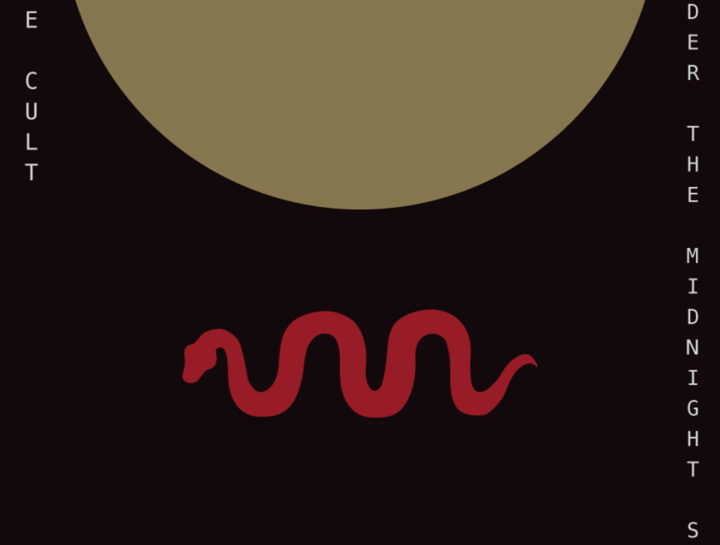