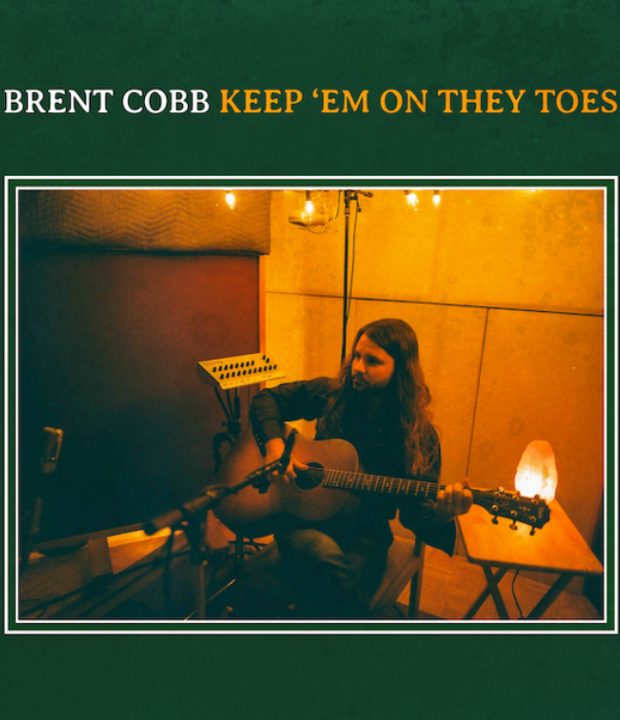 Produced by Brad Cook (Waxahatchie, Bon Iver, Hiss Golden Messenger), the album features ten new songs including the title track, which was written by Cobb and his wife Layne and is debuting today. The song’s official music video, which was directed by Christian Hansen, is available to view/share HERE.

Of the song, Cobb shares, “To try and not infiltrate the listener’s spirit’s own interpretation of ‘Keep ‘Em On They Toes,’ I’ll just say that it was initially inspired by the birth of my son. With that said, it’s a mantra that I live by. One that I hope anyone could live by. That mantra is, if it’s good for your own heart, and you got a good heart, do it. Do it whether folks see it coming or not. Live your own life. Be happy.”

Keep ‘Em On They Toes was created after Cobb moved back to his home state of Georgia after several years between Nashville and Los Angeles — a decision that greatly influenced his songwriting. These ten songs find Cobb with a new reflective mindset, focusing on how he views the world and expressing his own opinions, thoughts and feelings.

Earlier this spring, the album track ‘The World Is Ending’ debuted and has since become the fastest-rising song of Cobb’s celebrated career. Written years before the global pandemic, Cobb decided to surprise release the track given its unexpected relevance and timeliness.

“Listening to this album feels like I’m sitting there with somebody, having a conversation,” Cobb comments. “I would hope that it feels like sitting with an old friend you haven’t seen in a while. There’s nothing like being alone and listening to an album that is quiet and conversational — like those old records by Jerry Lee Lewis, Roger Miller, or Willie Nelson. I hope my music is that way to somebody now.”

The new album release continues a series of breakout years for Cobb following 2018’s Providence Canyon, of which The Guardian commented that Cobb “veers through southern rock, hard country and Americana to terrific effect” whilst Mojo said the album “is one of those brilliantly timeless albums that could have been lost in someone’s dusty attic for decades” and 2016’s Shine On Rainy Day, which Uncut hailed as “The work of a man who’s finally found his calling.”

Cobb has earned nominations for Best Americana Album at the 60th GRAMMY Awards and Emerging Artist of the Year at the 2017 Americana Honors & Awards. He has also been featured on CONAN, Jimmy Kimmel Live! and NPR Music’s Tiny Desk Concert series and has toured extensively across the world including numerous performances as part of Chris Stapleton’s All-American Road Show.

5. This Side Of The River

6. Dust Under My Rug

9. The World Is Ending