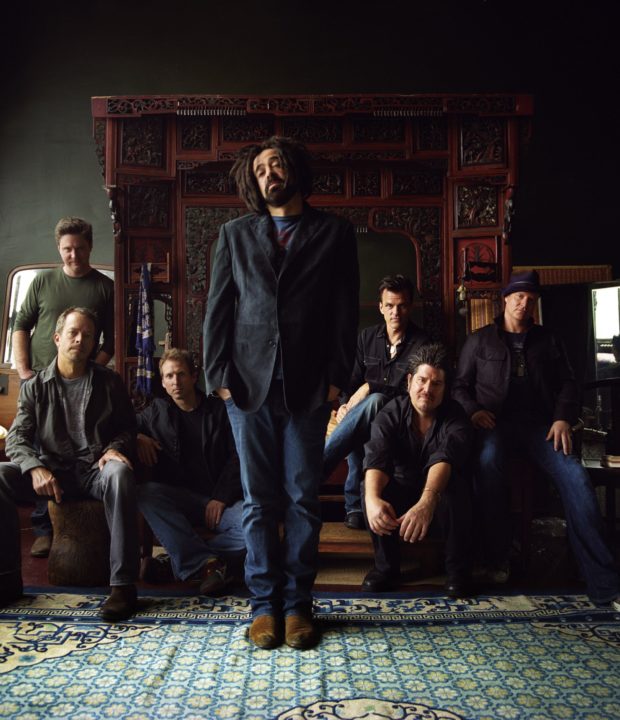 A gloriously fired-up blast of rock’n’roll with the band playing at full throttle alongside frontman Adam Duritz’s impassioned vocals, the song is rich in driving, melodic Americana and lyrically captivating themes.

Somewhere Under Wonderland is an artful eclectic album comprising of delicate ballads such as ‘God Of Ocean Tides’ and piano driven epics like ‘Palisades Park’, alongside the country-tinged likes of previous single ‘Earthquake Driver’ and the Deep-South blues of ‘Scarecrow’. Alongside ‘Elvis Went To Hollywood’, this collection of songs has led countless reviewers to declare it one of the best albums of their long and illustrious career.

In addition to their UK tour dates below, Counting Crows will be performing on Later With Jools on BBC2 this week and also in session on the Chris Evans Breakfast Show on Radio 2 on Friday 31st October.

PRAISE FOR SOMEWHERE UNDER WONDERLAND

“Impassioned, thoughtful, chock-a-block with great tunes this rich mix of vibrancy and gloom does what all great rock should – lift the spirits” – Q Magazine 4/5

“Contains some of the band’s most ambitious and thought-provoking songs… rich in the atmosphere of young Springsteen… its confessional poetry elevated to glorious heights by a tender, soulful musical arrangement” – Record Collector 4/5

“Now’s a great time to tune back in for their best since ‘August & Everything After’… finding exhilaration in heartbreak, loneliness in fame and adventure in everyday America [while] still channeling Lynyrd Skynyrd, REM and The Band” – Daily Telegraph 4/5

“A welcome return to form, this first album of original material for six years contains some of their best work… Fans will be delighted that they’ve burst to life again” – Daily Express 4/5

“By turns reflective and careering there’s a notably exuberant and rough-edged, punky approach to both lyrical concerns and the band’s encyclopaedic grasp of rock history. An enticing blast of Americana” – Daily Mirror 4/5

“Tearing away across time, states and continents and evoking the bands of a highly romanticized era, Counting Crows map the geography of youth with all their usual brio and haunting lyricism… A rich blend of gloomy, stirring anthems and chipper tunes with a familiar feel delivers an instant connection for fans of their output… This one is for the dreamers, the eternal travellers and anyone feeling a little lost. A nourishing journey filled with blues, soothing guitar and a gratifying sense of hope and rejuvenation” – The Arts Desk 4/5

“Reaffirms their standing as one of America’s most under-valued bands… it is assured, interesting and quietly experimental” – Classic Rock 7/10

“This gets straight back to business. ‘Palisades Park’ is an urban sprawl in the vein of Springsteen’s ‘Jungleland’, while ‘God Of Ocean Tides’ is lonesome Seventies folk-rock and ‘Scarecrow’ tips its cap to Lynyrd Skynyrd” – Mail On Sunday 3/5

“One of the best albums of their career” – Sunday Mail