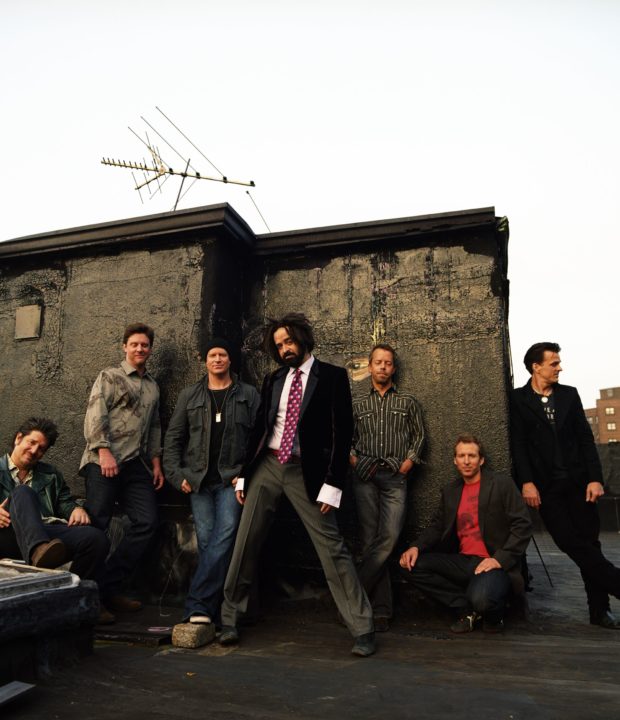 ‘Scarecrow’ is a stunning and beautiful song with a Deep South blues twang, accompanied by a unique lyric video that features 3-D chalk artist Chris Carlson hand-drawing the artwork for the song, originally painted by Felipe Molina. It's taken from their brand new studio album 'Somewhere Under Wonderland'.

‘Scarecrow’ follows the epic eight-minute album opener, ‘Palisades Park’, as the second song to be revealed from the album. That track, and its stunning short film directed by Bill Fishman, was released to coincide with the album announcement earlier this month.

You can watch the ‘Palisades Park’ film:

and the accompanying lyric video:

Both tracks are available now on iTunes with the purchase of the full album. Fans can also order limited-edition versions of the album with an art book or art portfolio directly from the band at countingcrows.com/preorder and at Amazon.

Somewhere Under Wonderland is released on September 15th on Capitol Records, through Virgin EMI in the UK and marks the band’s first original material since Saturday Nights & Sunday Mornings in 2008.

The band are in the midst of the North American leg of their major worldwide tour which concludes in Los Angeles at the historic Greek Theatre on August 17.