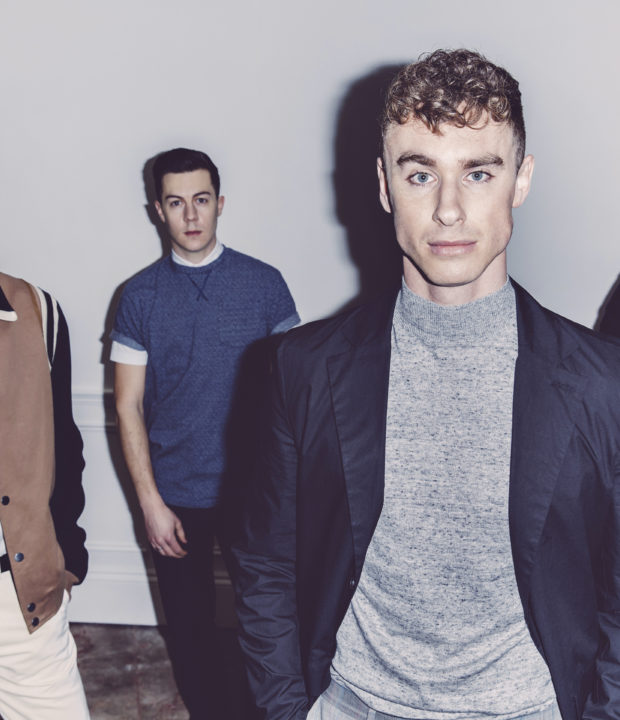 Don Broco are proud to announce their new album Automatic will be released on August 7th through Epic Records. The 10-track album is available to pre-order now with brand new track ‘What You Do To Me’ available as an instant grat track exclusively from the band’s website.

Automatic – produced by the Grammy Award winning Jason Perry – is the follow-up to Don Broco’s 2012 debut album Priorities. That album saw the band rise rapidly from cult heroes to a major force in British rock music, selling out headline shows at London’s Roundhouse and The Forum. They followed the album with the ‘You Wanna Know’ EP in 2013, scoring their first Top 40 hit with the lead track.

Now Don Broco return as an even more formidable force with Automatic, a huge crossover release that sees the band incorporating a vast range of influences into their musical melting pot – pop, funk, dance, rock and a healthy dose of 1980s New Romanticism.

The album will see the band winning over legions of new followers – while keeping current fans ecstatic – with their distinctive blend of incendiary rock power and pure pop sensibilities, all topped off with lead singer Rob Damiani’s unique vocals.

Album opener ‘Superlove’ sets the precedent, its huge harmonised choruses and sunshine swagger making it a sure-fire summer hit. The same is true for the title track, which is a mighty anthem-in-the-making, rich in feel-good harmony yet writhing with the band’s signature party-starting personality.

Further highlights such as the emotionally charged ‘Nerve’ and the afore-mentioned ‘What You Do To Me’, with its funky, carnal groove, demonstrate just how wide-reaching Don Broco’s ambitions have become. Alongside the brightly danceable pop elements, the band keep their rock hearts beating fiercely with heavy guitars and kick-in-the-face drum moments like the explosive ‘Fire’ and throbbing punch of ‘I Got Sick’.

Automatic sees the band at their most accomplished and honest. “This record is a lot more personal than the last one,” says Damiani. “Some of it is quite raw: we wanted to bare all, while still making a fun and exciting record.”

And the fun and excitement will be on full display as Don Broco hit the road this summer, kicking off with their hotly anticipated Slam Dunk festival set in May. More touring information will follow shortly and the full Automatic track listing can be found below.