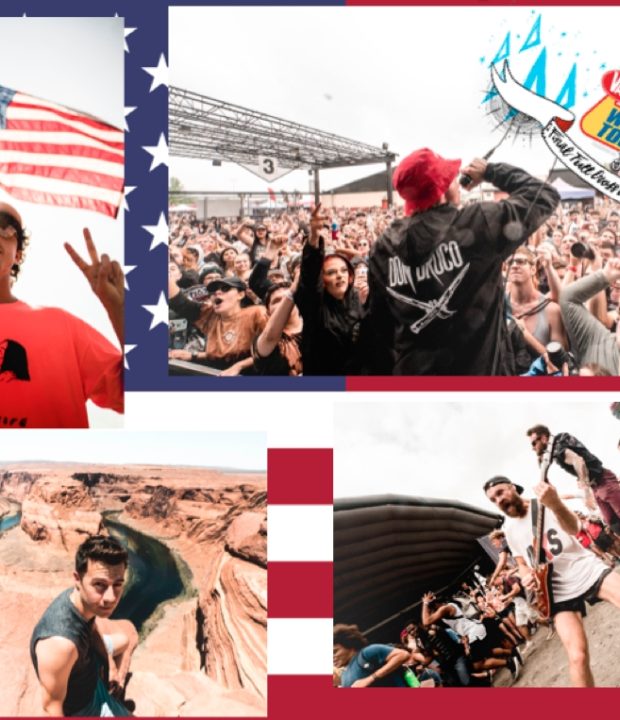 Fresh off the back of setting America on fire with some of the most incendiary performances of their career on the Warped Tour, Don Broco have announced European shows through August and September, including headline shows in Germany and Poland.

Ahead of this Don Broco will play the BBC Radio 1 Stage at Reading on August 26th and Leeds on August 24th. Last year Don Broco caused complete chaos with their not-so-secret-set as The Pretty Boys, which saw thousands of fans trying to get into the tent for the Bedford four-piece.

As a warm up the band will play an intimate show for fans at the Cambridge Junction on August 22nd and have announced Spring King as support.

Don Broco have exploded worldwide with their latest album Technology, which landed them a Top 5 chart placing in the UK. They will embark on their first arena tour of the UK next February, including the biggest headline show of their career at Wembley Arena on February 9th.

Full Don Broco tour dates can be found below: