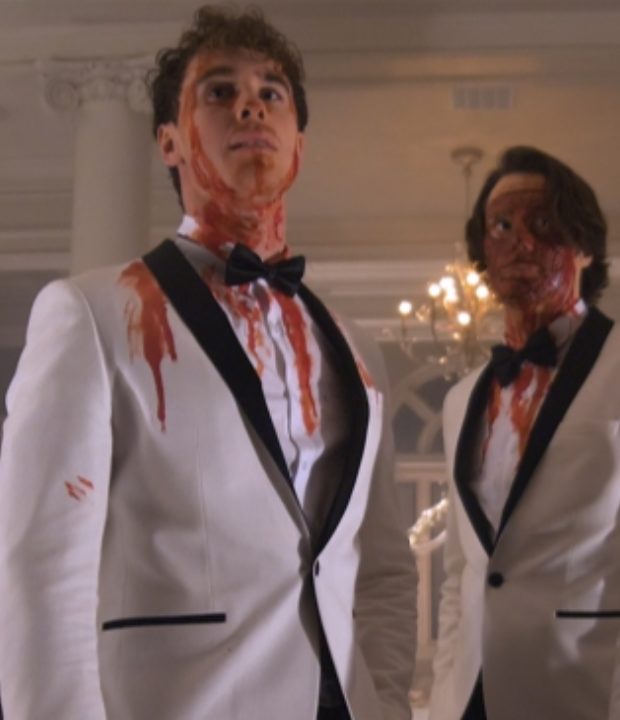 Don Broco have announced the biggest headline show of their career to date.

The Bedford four-piece will play London’s Alexandra Palace on November 11th and tickets go on sale TODAY (Friday 5th May) via Myticket.co.uk / seetickets.com

The accompanying video is an eye-watering beast, and not for the faint-hearted. A twisted wedding tale of jealousy, horror, blood and DIY face-transplants it is – quite simply – jaw-dropping.

Lead singer Rob Damiani comments; “We're very excited to reveal ‘Pretty’, the first new music from our forthcoming album. As soon as this tune came together we wanted to get it out there and give people a little taste of what's to come. We had blast making this video and if you saw the video for ‘Everybody’ you might recognise a few familiar faces...

Come Saturday 11th November we'll be playing our biggest headline show ever at London's Alexandra Palace. It's one of our favourite venues in the UK and a stage we've been looking forward to headlining for a long time. This will be the only Don Broco show of 2017 so you can be sure we'll be pulling out all the stops. See you in November!”

Since 2015’s Top 10 album Automatic propelled the band to mainstream consciousness, Don Broco have forged a unique path. Having headlined Brixton Academy and played arenas throughout the UK and Europe with both Bring Me The Horizon and 5 Seconds Of Summer, they signed a brand new, worldwide deal with leading US independent label SharpTone Records. This led to the release of the 2016 single ‘Everybody’ and a sold-out headline tour of the UK where they played consecutive nights in ten cities, performing both Automatic and their debut album Priorities in full.

In February of this year they headed over to Osaka for two arena shows with Japanese superstars ONE OK ROCK, and are currently touring the United States for the first time in support of US pop-punk band State Champs.

Their international profile is building across Europe too with a number of festival appearances announced including Main Square Festival and Lollapalooza Paris in France, the Netherlands’ Pinkpop Festival and Slam Dunk Festival in the UK.

Don Broco are without doubt one of the most exciting and adventurous rock bands in the UK right now and with a huge headline gig at Alexandra Palace announced for the end of the year, they truly are taking a step up into the big league. Global domination beckons!

May 9: Philadelphia, PA—Theatre of Living Arts