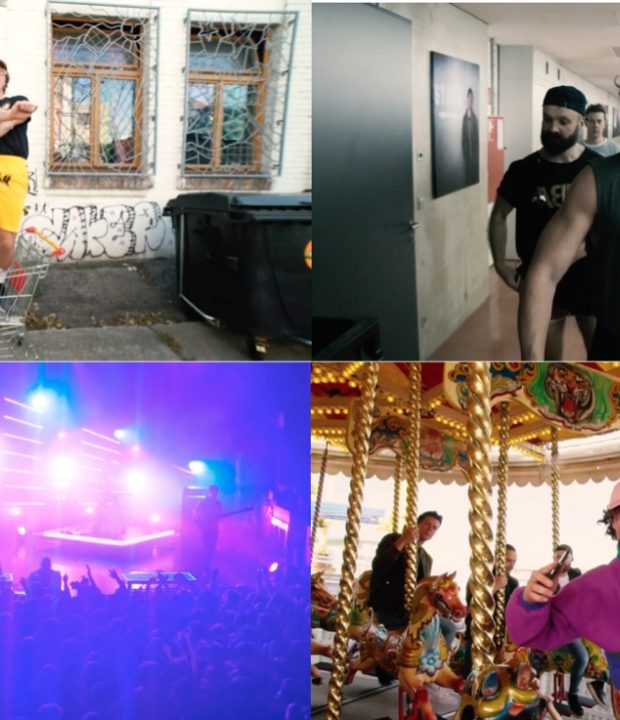 Ahead of their huge U.S. tour supporting Mike Shinoda, Don Broco have shared a new video for ‘The Blues’, as well as announcing new headline dates in Europe.

Featuring footage from their extensive touring this year, including Warped Tour and the band’s European dates with 30 Seconds To Mars and Mike Shinoda, the video sees the band laying waste to festival stages and having a lot of FUN around the world.

“We had an absolute blast this summer,” says singer Rob Damiani. “Getting to experience Warped Tour on its last ever run, especially us playing it for the first time, was an insane few weeks we’ll never forget. We got back to the UK just in time for Reading & Leeds and honestly couldn’t have asked for a better set of homecoming shows. It was a mad weekend at our fave fest in the world. Straight after that we headed to Europe for some big ol’ gigs with 30 Seconds To Mars and Mike Shinoda and got to play some places for the very first time (shoutout Poland!) We couldn’t fit anywhere near it all into three and a half minutes, but we tried and hope you enjoy our vid for ‘The Blues’. To everyone that caught us live this summer thank you and we’ll be seeing you all very soon!”

Don Broco embark on a huge North American tour as main support for Linkin Park’s Mike Shinoda next week, starting in Montreal and including dates in New York, Las Vegas, Los Angeles, Chicago and San Francisco amongst many others.

They then continue their World Tour with some very special dates with MAN WITH A MISSION in Asia, before kicking off 2019 with a headline run through Europe, starting in Madrid on January 19th.

These dates come ahead of the band’s biggest UK headline tour to date in February, which will see them play arenas around the country, including a date at London’s SSE Wembley Arena, and two shows at Manchester’s Victoria Warehouse, one of which has already sold out.

The band have now announced the release of the final remaining tickets for the Wembley Arena show, which are on sale now and available here.