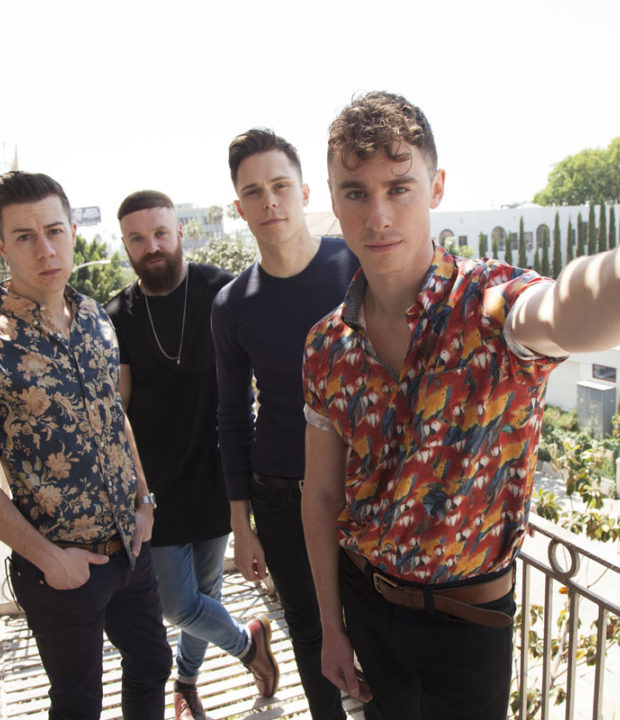 Don Broco are proud to announce their new single ‘Automatic’, out on June 28th through Epic Records. ‘Automatic’ is the title track of the recently announced, and highly anticipated, second album from the British four-piece due for release August 7th. ‘Automatic’ premiered on Radio 1 yesterday and featured as the station’s ‘Rockest Record’ on Dan P Carter’s Rock Show.

Making huge crossover strides, ‘Automatic’ sets the scene for the upcoming album with its dynamically singalong chorus, funked-up rhythmic backing, shimmering guitar grooves and lead singer Rob Damiani’s infectious vocals. The rock-boy swagger, synonymous with Don Broco in the past, has been electrified with a new pop influence that shoots the band into the stratosphere as one of the most exciting bands of 2015.

‘Automatic’ is the first single to be taken from the new album of the same name and follows the unveiling last month of the track ‘What You Do To Me’ as an instant grat available with pre-order of the album.

Automatic – produced by the Grammy Award winning Jason Perry – is the follow-up to Don Broco’s 2012 debut album Priorities. That album saw the band rise rapidly from cult heroes to a major force in British rock music, selling out headline shows at London’s Roundhouse and The Forum. They followed the album with the ‘You Wanna Know’ EP in 2013, scoring their first Top 40 hit with the lead track.

Now Don Broco return as an even more formidable force with a huge crossover release that sees the band incorporating a vast range of influences into their musical melting pot – pop, funk, dance, rock and a healthy dose of 1980s New Romanticism.

Fans will get their first live taste of Automatic when Don Broco hit the road this summer, kicking off with their hotly anticipated performance at Slam Dunk festival in May. And as mentioned above, the band will also be playing their biggest headline show to date on 13th December at London’s iconic Brixton Academy.

Tickets for that show go on pre-sale on Wednesday 13th May (via http://smarturl.it/DB-Brixton), and general on-sale on Friday 15th May.