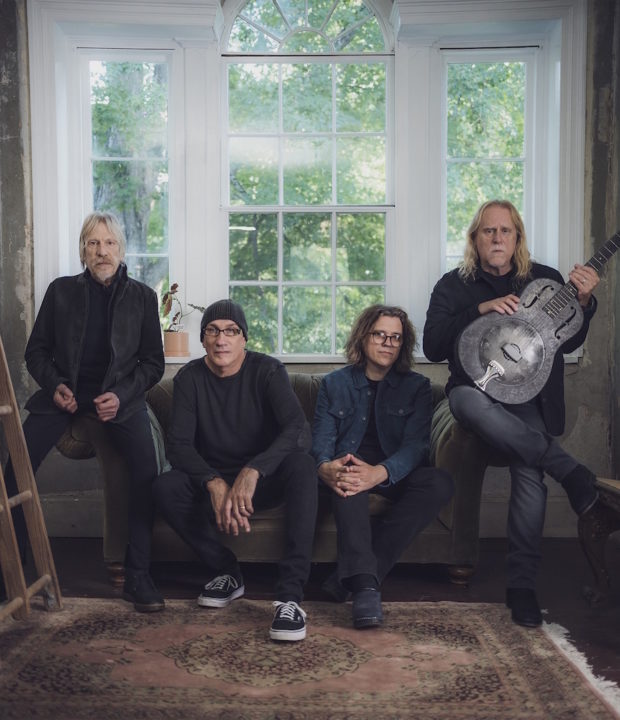 Heavy Load Blues, due November 12th via Fantasy Records, encompasses an even mix of Haynes’ originals and revered covers originally made famous by the likes of Howlin’ Wolf, Elmore James, Junior Wells, Ann Peebles, Bobby “Blue” Bland, and even Tom Waits and the Animals. To coincide with the album’s announcement, Gov’t Mule has released a behind-the-scenes video of the making of Heavy Load Blues, which you can watch here.

Heavy Load Blues is available for pre-order now at all DSPs here. Each digital pre-save will include an instant download of ‘Heavy Load’. Physical CDs and vinyl are also available for pre-order now from the band’s webstore, Barnes & Noble, Amazon, and local record stores. A deluxe edition featuring additional studio and live tracks, including another Haynes original and covers originally by Savoy Brown, Sonny Boy Williamson, Muddy Waters, Otis Rush and more, will also be available.

“For me, personally, it's kind of been on my list of things to do for years,” Haynes shared. “I didn't know if it was gonna be a solo album or a Gov’t Mule record. We play some traditional blues on stage from time to time and although it’s usually never more than a few songs per show, our approach to the blues is unique and based on our collective chemistry as a band.

“This album gave us a mission,” Haynes added. “Although in some way it was ‘anything goes,’ we wanted to stay true to the spirit of the blues in a traditional sense. It’s not a blues/rock record – it's a blues record. We wanted it sonically to sound different from a normal Gov’t Mule record.”

Though technically considered a studio album, Heavy Load Blues was recorded live in the studio at The Power Station New England on analogue tape, utilising vintage guitars, amps and other equipment to capture an authentic sound. The 13-track album was produced by Haynes alongside engineer and co-producer John Paterno (Michael Landau, Robbie Williams, The Steve Gadd Band).

One of the many standout tracks is the Junior Wells standard ‘Snatch It Back and Hold It’, which allowed the band to freely cover a classic while sandwiching a spontaneous jam called ‘Hold It Back’ in the middle of a soulful, stirring interpretation that was given a decidedly funky groove. In that regard, while several titles may sound familiar to blues enthusiasts, the band – Haynes, Matt Abts [drums], Danny Louis [keyboards, guitar, and backing vocals], and Jorgen Carlsson [bass] – often opted to put its own spin on them.

‘I Feel Like Breaking Up Somebody’s Home’, originally recorded by Ann Peebles, is one of the few songs on the record the band has previously played live. On their version, Haynes’ nimble guitar riffs are played out over a solid foundation of organ and rhythm, resulting in a kind of funk-like finesse. For the Howlin’ Wolf song, ‘I Asked Her For Water, She Gave Me Gasoline’, Gov’t Mule, who are known for pushing the parameters while melding a variety of genres – rock, R&B, jam, funk, jazz, and practically everything in-between – opted for a heavy, up-tempo and funky version that is a far cry from the original.

Leading up to the release of Heavy Load Blues, Gov’t Mule will continue with their 2021 tour dates in the USA. The tour offers fans a variety of options to catch the road warriors, including co-headlining shows with Trombone Shorty & Orleans Avenue and dates on Willie Nelson’s Outlaw Music Festival Tour alongside Nelson, Sturgill Simpson, The Avett Brothers, and more, as well as headlining shows and other festival appearances. Visit www.mule.net for more details.

HEAVY LOAD BLUES TRACKLISTING
1. Blues Before Sunrise
2. Hole In My Soul
3. Wake Up Dead
4. Love Is A Mean Old World
5. Snatch It Back and Hold It – Hold It Back – Snatch It Back and Hold It
6. Ain’t No Love In The Heart Of The City
7. (Brother Bill) Last Clean Shirt
8. Make It Rain
9. Heavy Load
10. Feel Like Breaking Up Somebody’s Home (short version)
11. If Heartaches Were Nickels
12. I Asked Her For Water (She Gave Me Gasoline)
13. Black Horizon