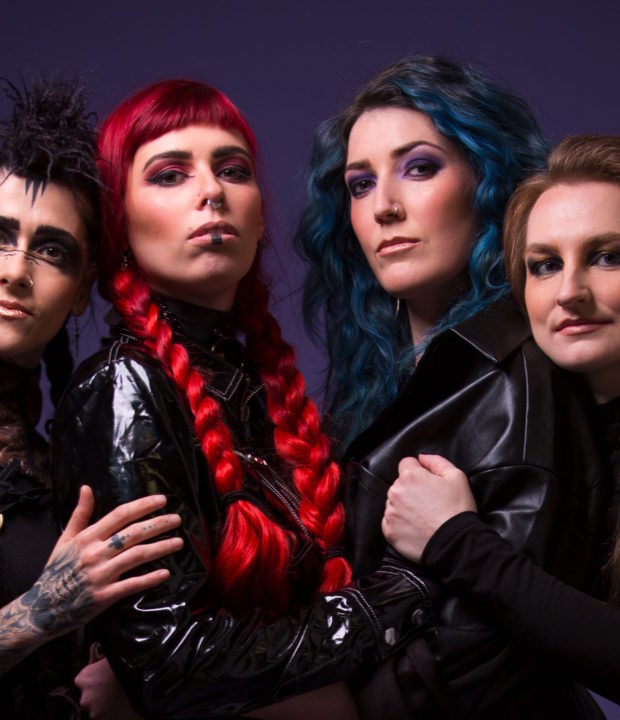 Hotly-tipped metal quartet HAWXX have shared their explosive brand new single ‘Death of Silence’. The new track will feature on their newly announced EP You’re Only As Loud As You Shout Right Now, set for release in early 2022. Listen to ‘Death of Silence’ here.

Originally inspired by the Me Too movement, ‘Death of Silence’ is a song of solidarity and empowerment. The movement encourages the marginalised and oppressed to speak out and seek justice for the wrongdoings against them, and HAWXX are doing the very same. Accompanied by volatile guitars, thunderous drums and a truly passionate vocal performance, the song is an impactful and inspiring call to action for anyone being silenced to be as loud as is humanly possible.

Guitarist and lead vocalist Anna comments, “’Death of silence’ means the death of shame. Shame has deeply shaped us as a society and erodes our capacity for real systemic change. To fight and speak out against those that silence us creates a movement and momentum that is contagious. Nothing can stop it. This is a song of solidarity, a song about finding the power in our voice, our words instead of our collective shame and fear.”

HAWXX are Anna (guitar and lead vocals), Hannah (guitar and vocals), Jessica (drums) and Iman (bass and vocals) – London based but hailing from Greece, Wales, England and Bahrain. Their aim is to bring diversity and inclusivity into the rock and metal world, reforming the genre’s gender imbalance in the process. Writing songs that reflect self empowerment, the lies of the diet industry, mental health struggles and life’s daily challenges, they act as a voice for the voiceless and a beacon of hope bursting from today’s bleak landscape.

Their debut EP Deadlands is receiving consistent positive response from press and radio, earning support from the likes of Metal Hammer, Classic Rock, Powerplay and Rock Sound as well as airplay from BBC 6 Music, BBC Introducing, Primordial Radio and Planet Rock. They became winners of the PRS Women Make Music Award in 2020 and have since provided an exclusive performance for the Heavy Music Awards, won the London leg of Metal To The Masses and played to a packed out tent at Bloodstock Festival.

2021 sees HAWXX continue to build on their success as they prepare to amplify their message, and they’ll be shouting louder than ever before. The question is; are you listening?