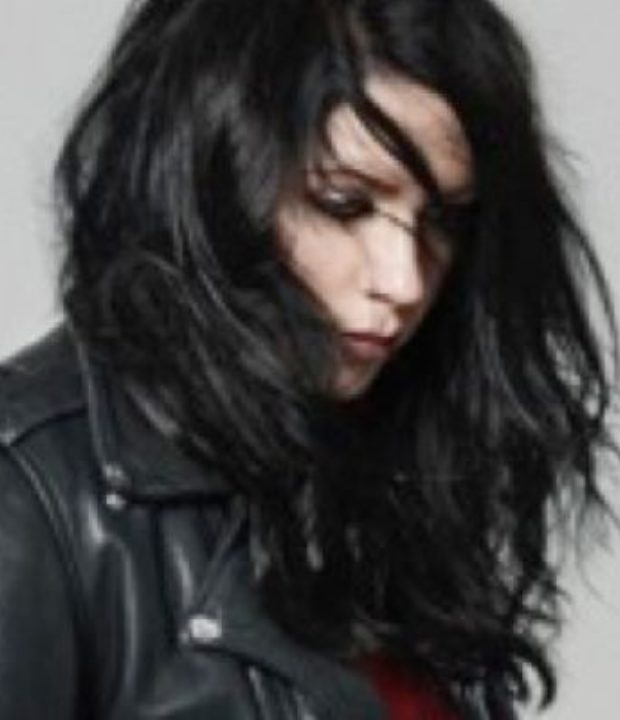 K.Flay will release her second full-length album entitled Every Where Is Some Where — on April 7th on Night Street / Interscope Records (an imprint helmed by Imagine Dragons frontman Dan Reynolds).

A brand-new song from the album, ‘Black Wave’ is available today for digital download and streaming. Watch the lyric video HERE. [ADD LINK]

‘Black Wave’ is “about facing something immense and menacing and choosing not to cower, but to rise up” K.Flay says in a statement that also sheds light on the album’s title.

It reads in part: “In writing this album, I thought a lot about the places that shape us, and how, in turn, we shape those places in our minds as human beings living on earth right now. We find ourselves in a very particular situation where the planet is getting warmer, the internet is getting bigger, and the stakes are as grave as ever. The President of the United States Of America is a television celebrity who openly degrades those unlike him (non-white, non-male, non-straight, non-wealthy, non-citizen), and whose chief strategist has spent much of his career promoting white nationalism in a country meant to foster diversity and progress through tolerance.

“A president who intends to limit our freedoms, foment hatred & silence dissent and yet every place, every where, is just some place, some where. It’s all arbitrary and fucked up and sometimes lucky. I think you can understand the fact of your own smallness in this world while still celebrating the very particular singularity of who you are and where you happen to stand”

Having toured the UK in 2015 with PVRIS, K.Flay returned last summer to play at Reading & Leeds Festivals, Bestival, and also her own sold-out headline show in London at the Hoxton Bar & Kitchen. She has previously toured with artists as varied as Passion Pit, Awolnation, Snoop Dogg and Dashboard Confessional.

Tomorrow, K.Flay kicks off her three week U.S. headlining tour in support of her current EP Crush Me, which features the Top 5 Modern Rock Radio track ‘Blood In The Cut’.