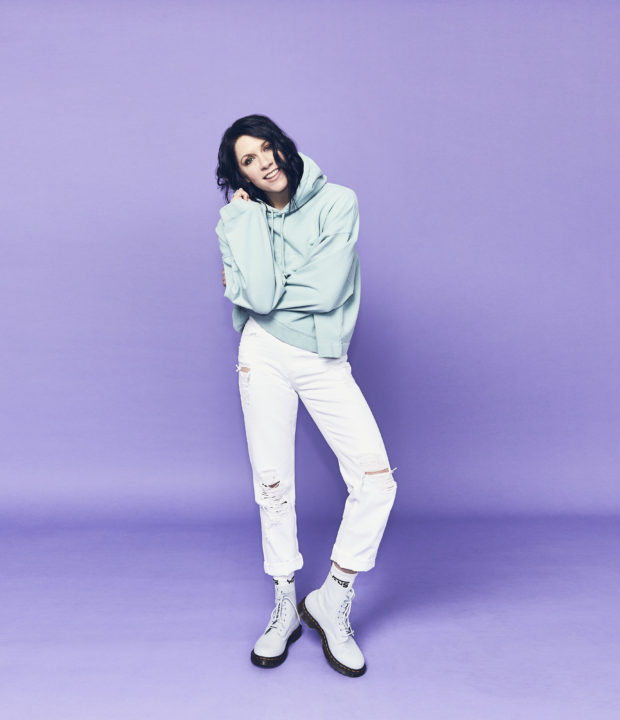 Night Street/Interscope Records artist and two-time Grammy® Award-nominee K.Flay returns with a brand new track ‘Bad Vibes’, following her Billboard Heatseekers No. 1 album Every Where Is Some Where.

Produced by Tommy English [Ariana Grande, Kacey Musgraves], ‘Bad Vibes’ slips clever quips - “You’re the sequel that sucks” - between a siren swell of synths, thick percussion, and an unshakable and undeniable chant, “You give me bad vibes…”

“My best friend recently had a kid, and I was like, ‘I don’t want this baby to grow up around sad people’”, she recalls. “I saw this stupid prison-style tattoo that said, ‘Born dead’. I thought, ‘Fuck you, man. I hate this tattoo’.

With everything going on in the world right now, I wanted to make some positive music. The goal isn’t to be happy every minute; it’s just to move away from negative energy. Sonically, it’s the perfect introduction to the record. Fuck being sad all the time!”

As the culmination of a diligent decade-long grind marked by a series of independent EPs and shows, the songstress carved up her own lane in the mainstream arena with her major label debut Every Where Is Some Where. It garnered two nods at the 2018 GRAMMY® Awards in the categories of “Best Engineered Album, Non-Classical” and “Best Rock Song” for ‘Blood in the Cut’. The latter generated 30 million-plus Spotify streams as ‘High Enough’ surpassed the 20-million mark and ‘Giver’ clocked 12 million and counting.

Not to mention, legendary Rage Against the Machine and Audioslave guitarist Tom Morello and Linkin Park co-frontman Mike Shinoda to FIDLAR sought her out for collaborations, while she canvased the globe in 2018, selling out venues across the world including headline shows in London.

K.Flay’s gritty, pop, rock and hip-hop crossover sound has seen her tour with the likes of PVRIS across the UK and appear at festivals including Reading and Leeds and Bestival, while garnering support from key British titles such as Q, Kerrang, Rock Sound, Wonderland, The Evening Standard, Huck, London In Stereo, Louder Than War and more.

‘Bad Vibes’ is the next installment from the rising global star and in a personal note from K.Flay, she encourages fans to share online any #badvibes they are fighting and has shared a story of her own.