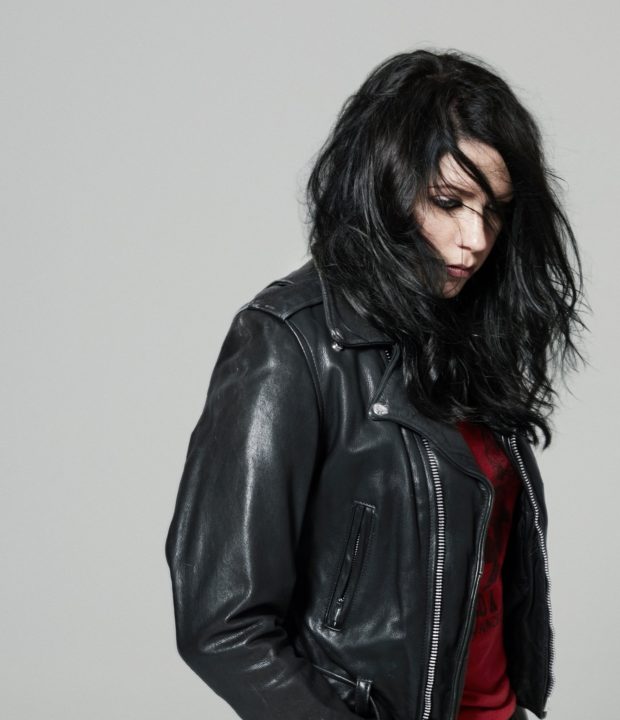 Rising alt-pop/hip-hop artist K.Flay has today released her brand new single, High Enough, taken from her highly-anticipated second album Every Where Is Some Where.

On the single K.Flay cleverly explores the power of lucid self-acceptance and delivers one of the soon-to-be-released album’s most blatantly upbeat tracks. Matching her seamless flow with sing-song melody, ‘High Enough’ fuses breezy rhythm and bubbly guitar lines into a hopeful meditation on keeping clear-headed.

Talking about the single, K.Flay (real name Kristine Flaherty) declares “there are so many songs out there about getting fucked up,” she says of the song’s inspiration. “I think a part of me was asking the question: ‘What if I’m already high enough? What if I don’t need anything but what I’ve got?’ There are many moments in my life—whether it’s because of a person or a place—that I don’t want to feel altered or high or buzzed. I just want to feel exactly what I’m feeling”.

Ahead of the new album, excitement continues to build worldwide with previous single ‘Black Wave’ featuring onNew Music Fridayacross the globe and saw K.Flay perform the track live on Conan to millions of viewers across the US.Earlier single ‘Blood In The Cut’ continues to blow up online with now over 5 million plays on Spotify, alongside key playlist inclusions on Apple Music.

For her second full-length Every Where Is Some Where, the L.A.-based singer-songwriter delved deeper into introspection while adding an element of political commentary. The result is her most deliberate and dynamic work yet, a thrillingly vital album that channels the frenzy and anxieties of today’s world but ultimately exhilarates. According to Flaherty, “each song on the record is about creating a different kind of meaning out of a different kind of something,” she explains. “Even the dark places are places. You’re still somewhere.”

Every Where Is Some Where features production from some of pop music’s heaviest hitters, including Mike Elizondo (Regina Spektor & Twenty One Pilots) and Tommy English (Ladyhawke), amping up the album’s defiant spirit with a densely textured yet gritty sound. “After Life as a Dog, I was listening to so much late-’90s/early-’00s rock,” says K.Flay, referring to her 2014 full-length debut. “I was absorbing the energy of people like Karen O, Shirley Manson, and Emily Haines and feeling totally inspired by it, so there’s lots more live guitar, bass, and drums on this record.”

Having toured the UK in 2015 with PVRIS, K.Flay returned last summer to play at Reading & Leeds Festivals, Bestival, and also her own sold-out headline show in London at the Hoxton Bar & Kitchen. She also continues to tour across the US and Canada, where she has been selling out countless shows.