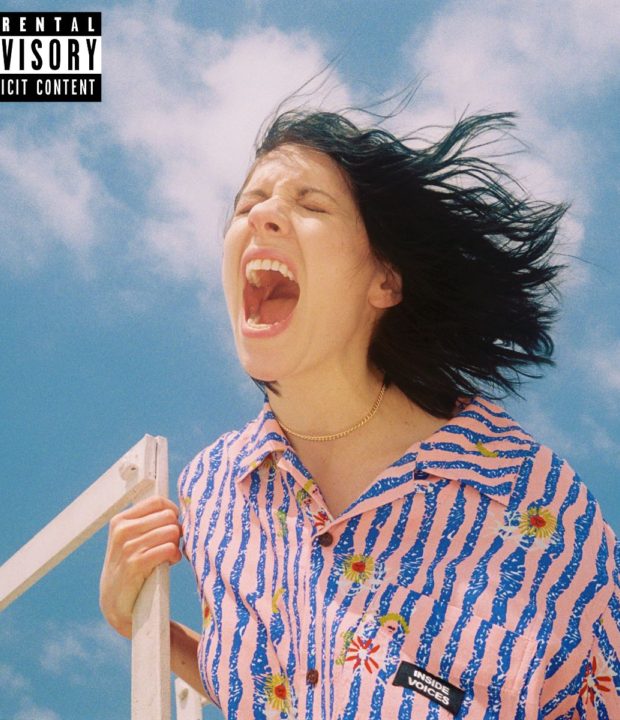 “So often we keep everything bottled up,” said K.Flay about the EP. “Inside Voices was a way for me to exorcise some demons and safely express these uncomfortable but very human emotions I was feeling.”


The EP’s five tracks play out like a twisted funhouse of cathartic reckoning, whether it’s on first single ‘Four Letter Words’ - birthed from a very real moment in her life (cue the first line “I drank a liter of tequila in my bedroom, it’s taking every ounce of power not to text you” -- check out the dope video here), ‘My Name Isn’t Katherine’ (a comical reference to her issue with constantly being misnamed), or on ‘Good Girl’, a co-writing collaboration with Dan Reynolds and an infectious punk-tinged singalong about reaching your breaking point when it comes to politeness.

The EP also includes dynamite collabs with modern rock royalty Tom Morello on ‘TGIF which Stereogum called “a nu-metal anthem with caustic riffs and great quips”, as well as Travis Barker on ‘Dating My Dad’ which uses swooning vocals, warped guitars, and a solid percussive backbone to reflect on the ways we follow in our parents' mistakes and how we're sometimes drawn to those who are just as messed up as the people who raised us.

The Chicago-born K.Flay’s near-undefinable amalgamation of dark-electro soundscapes, art-pop sensibilities, spitfire rhymes, industrial rock backbone and versatile vocals has led the songwriter/artist/multi-instrumentalist to two GRAMMY nominations (Best Engineered Album, Non-Classical for ‘Every Where Is Some Where’, and Best Rock Song for ‘Blood in the Cut’), tours alongside Grouplove, Imagine Dragons and Thirty Seconds To Mars, and festival appearances at ACL Fest, Bonnaroo, Coachella, Treefort, and Riot Fest. She most recently dropped the three-song cover collection ‘Don’t Judge A Song By Its Cover’ that included off-the-wall remakes of songs by Limp Bizkit, The Offspring & Green Day, and appeared on songs by Arkelles and Jax Anderson.