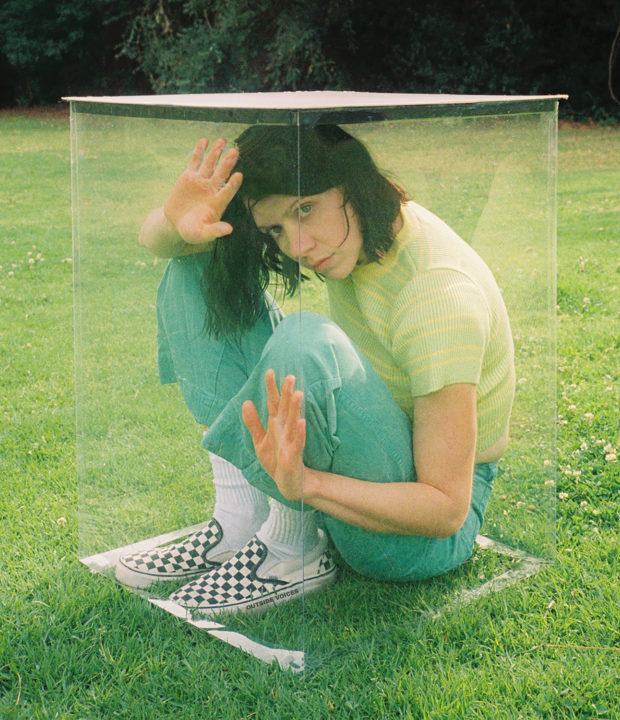 Alt-rocker K.Flay (the stage name of Kristine Flaherty) has released her new EP Outside Voices - the second half of her 2021 two-part EP release exploring the endless complexities of her inner world.

With the help of longtime collaborator friend Tommy English, Sir Sly’s Jason Suwito (MisterWives, Fitz and the Tantrums), and Fast Friends (a trio whose credits include X Ambassadors and Saint Motel), K.Flay created a brilliant body of work that showcases why she is a trailblazer in the alt-pop genre.

“Outside Voices is the counterpart to Inside Voices,” says K.Flay “It's me pausing, taking a moment to reflect on the chaos of the world and of myself, and considering how I might be able to temper that chaos. How I've been complicit. How can I change? How can I find beauty in pain? This whole double EP project is an exercise in non-repression in airing my own bits of shame and vulnerability in the hopes that other people connect to those feelings too.”

Outside Voices finds the Grammy-nominee taking a more reflective view of complex matters such as loss and heartbreak (‘Nothing Can Kill Us’), identity (‘Weirdo’), personal agency (‘Caramel and Symphonies’), and the corrosive effects of capitalism (‘I’m Afraid of the Internet’).

Her Inside Voices EP featured guest appearances by Travis Barker and Tom Morello, which earned praise from the likes of Alternative Press, NME, Daily Star, Rock Sound, Upset Magazine, The Line Of Best Fit, DIVA, 1883 Magazine and Billboard who called it “delightfully irreverent ... a collection of angsty, rocked out pop-punk anthems that will have you banging your head and throwing up a middle finger in no time.”

This week K.Flay has also been announced to support PVRIS on their May 2022 UK tour.