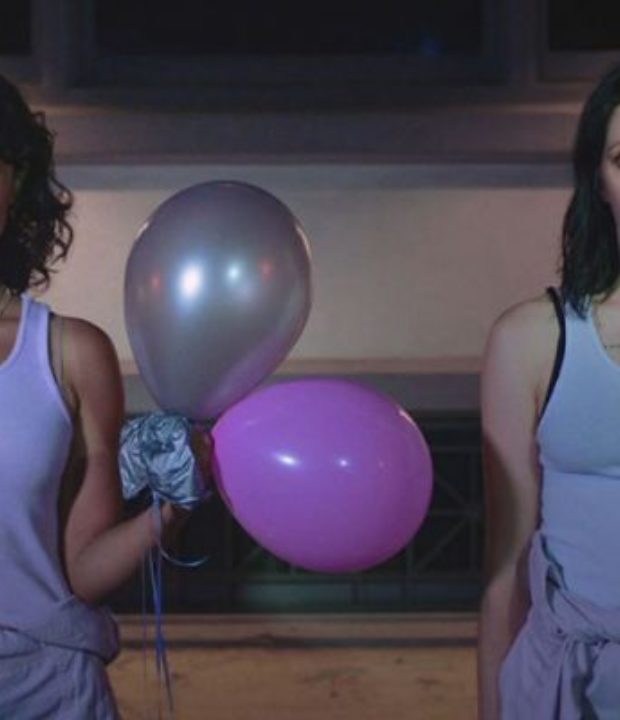 Following the release of her third full-length album Solutions, which dropped earlier this month on Night Street/Interscope Records, GRAMMY Award-nominated artist K.Flay has delivered another compelling visual, this time for her latest single ‘Sister’.

Picking up from where the ‘Bad Vibes’ video left off, ‘Sister’ is the second part of a visual trilogy that continues the themes of sisterhood and support. Having escaped captivity (from the ‘Bad Vibes’ video), K.Flay and a female companion have broken free, only to find themselves in a world where everyone else seems to be moving backwards.

The video was directed by Clara Aranovich and shot in Downtown Los Angeles. Fun fact: Kristine (K.Flay) and her ‘Sister’ are the only ones moving in forward motion while the world around them is moving in reverse – To create this, Kristine had to learn the song completely backwards (in phonetic gibberish). Watch the video for ‘Sister’ HERE.

Solutions has arrived as a breath of fresh air in this somewhat bleak climate, as K.Flay finds catharsis in these arduous times. The acclaimed album has been highly praised internationally by the likes of the Observer, Sunday Times, Dork, Gay Times, Financial Times, Rock Sound, Classic Pop, Nylon, NPR, Under The Radar, The New York Times and many more.

This autumn, K.Flay brings The Solutions Tour to stages across the globe, with a 19-city run in North America before coming to the UK and Europe in October where she will play in Birmingham, Bristol, Glasgow, Manchester, London, Amsterdam, Brussels, Paris, Berlin and more. For tickets and more information, go to: www.kflay.com/tour

In other news, K.Flay has launched the first of its kind music-focused “microcast” (a shorter form podcast) expressly designed and produced for smart speakers (Amazon and Google Home) around the world. “What Am I Doing Here” is hosted and curated by K.Flay and features conversation, jokes, musical interludes and special guests including Sam Harris (X-Ambassadors), Bishop Briggs, Michael (Fitz and the Tantrums) and many more friends and family.

Equipped with a mobile studio including high quality microphones for her iPhone, apps for recording phone calls and more, "What Am I Doing Here" is recorded 100% live. Whether she decides to record in a supermarket, on the tour bus, or on the phone with her mum or kindergarten age niece, the idea is to transport the listener into her world versus the standard studio recordings. To listen on Alexa, simply say “Alexa, enable K.Flay show” and on Google Home, say “OK Google, talk to K.Flay show.”

“Solutions radiates positivity, pairing bright brashness or early Katy Perry with lyrical lessons on how to be happy. I Like Myself and This Baby Don’t cry are sunny standouts that couldn’t care less about being cool.” – Sunday Times

“Irresistibly uplifting and thought-provoking in equal measure. ‘Solutions’ finds K.Flay at her most assured, outspoken and witty.” – Rock Sound

“Solutions is her best album so far…and proves that she’s the punk/electronic queen the LGBTQ community deserves.” – Gay Times

“it’s all going to be okay now. K.Flay is here…Taking cues from hip hop, alt-pop, emo and electro, the album explores K.Flay’s recent swagger out of the grasp of darkness…2019 feels better already.”- Dork

“A distinctive, bold, and passionate voice, K.Flay exudes a dynamism and vitality through her sound and is certainly an upcoming talent we’ll be hearing plenty more from.” – London In Stereo

“Solutions reveals a woman unbowed by social pressure, angry by adulthood’s lies and aware of her insecurities but not defined by them.” – Associated Press

“K.Flay methodically tosses aside feminine stereotypes...and stacks up handclaps, guitars and noise behind her gleeful autonomy." - The New York Times

“Impactful lyrics have always been important to K.Flay, and that's something that she made very clear on her third album, Solutions.” – Billboard

"K.Flay is nothing less than fully authentic in her new studio album Solutions." - NYLON

"K. Flay is a truly singular talent that is both innovative and entertaining and Solutions is poised to prove this point to the world." - Under The Radar