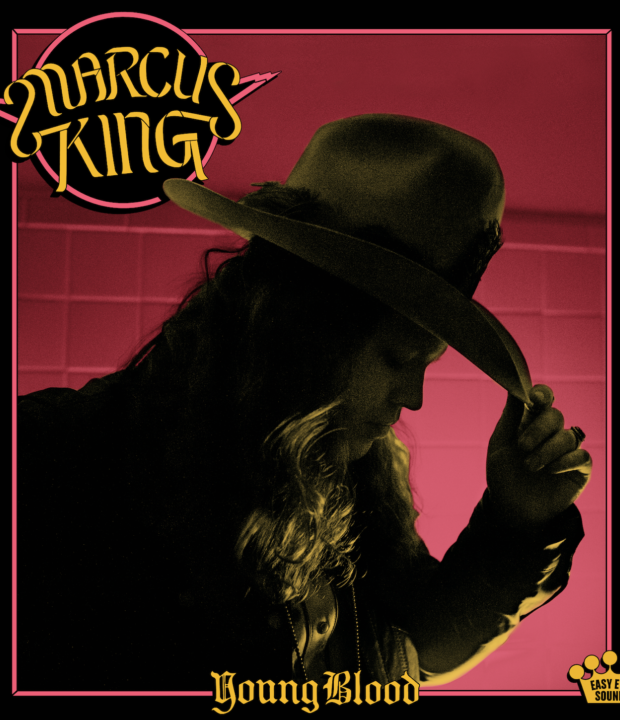 All hail to Marcus King. The 26-year-old Grammy nominated innovative songwriter and phenomenal performer. Soon to become rock royalty with the release of Young Blood, a timeless concoction of swaggering rock and supersonic soul, drawing on his most stadium- sized rock influences. He soon embarked on a world tour with headline dates across the US and Europe and festivals including Stagecoach. For more information please visit: https://MK.lnk.to/tour

“We tour almost 200 days of the year, and even when I’m home, I’m doing something,” King said, adding, “Working hard is just the way I was raised. It would make my grandfather proud to know I’m a hard working man and I’ve worked for everything I have. It’s an anthem for the people. You’ve got folks who work all week and spend their hard-earned money just to come see us. It’s a real blessing.”

Young Blood is an album about looking at tough times in your rear-view mirror, although King shares that his anthemic tales of excess and salvation draw on some difficult and personal moments. King stated, “I was going through a lot during the album with addictions, breakups and addictions because of breakups. I was overindulging in everything.”

King added, “It’s not a big secret to my friends. I was in a real rough place for a while. I was trying to process the death of family members and I was on the wrong medications.”

Despite the challenging personal circumstances, King has made his most accomplished work to date. One of his biggest fans, Dan Auerbach, exclaimed. “Music runs so deep in Marcus’ blood he might not even realise how born to do this he is. He’s the real deal. Marcus has Southern Soul as part of his foundation. If you’re going to play rock ‘n’ roll with Marcus, you have to understand that element. It’s just who he is. These songs are live performances. The whole damn thing is live—the solos and everything. It’s so rare in this day and age.”

King and Auerbach set out to capture the classic power trio sound, which was pioneered in the late ’60s and ’70s, with a distinct sonic triad of bass, drums and guitar. The album was recorded at Auerbach’s Easy Eye Sound Studio in Nashville summer 2021, with acclaimed musicians including Chris St. Hilaire on drums and Nick Movshon on bass. Songs were written by King and Auerbach in collaboration with legends such as Desmond Child and Angelo Petraglia, noted for their work with bands from Aerosmith to Kings of Leon.

With unparalleled performance prowess and a dynamic live show, King has sold out historic venues from The Beacon to The Filmore. He has opened for Chris Stapleton, Greta Van Fleet, and Nathaniel Rateliff and graced the bills of Stagecoach, Fuji Rock, Rock Werchter and more. He also recently launched his own signature Orange guitar amplifier, the MK Ultra, which sold out before it even hit the stores.

GRAMMY® Award-nominated artist, performer and songwriter, Marcus King was downright destined to play music. By eight-years-old, the fourth generation Greenville, SC, native performed alongside pops, grandpa and his uncles for the first time. Logging thousands of miles on the road as The Marcus King Band, he established himself with unparalleled performance prowess and a dynamic live show.

During 2020, he linked up with Dan Auerbach [The Black Keys] and cut his solo debut, El Dorado, garnering a GRAMMY® Award nomination in the category of “Best Americana Album”. Beyond praise from NPR, American Songwriter and more, Rolling Stone christened it “excellent”, and Associated Press went as far as to claim, “El Dorado already stands out as a definite high point of 2020”. In between packing venues on his own, he performed alongside Chris Stapleton, Greta Van Fleet and Nathanial Rateliff, in addition to gracing the bills of Stagecoach and more with one seismic show after the next. Along the way, he caught the attention of Rick Rubin and signed to American Recordings.