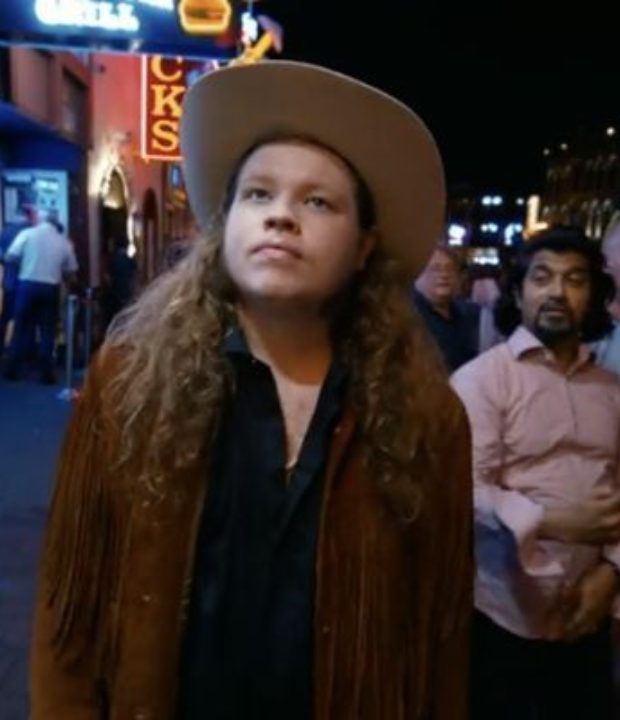 The video, directed by Nashville filmmaker Joshua Shoemaker (Alabama Shakes and Erin Rae), features reverse motion photography and a non-linear narrative, and was shot earlier this year on the streets of Nashville’s vibrant downtown Broadway. It premiered with The Fader.

King described the process of creating the song, stating, “I showed up to Easy Eye Sound about 30 minutes late for a writing session. When I walk in, I hear Mackie and Dan playing this bouncy progression. I sat down and the first thing that came to mind was this story of a girl in a Coupé de Ville, just out of your reach. The song talks about the good things in life sometimes not sticking around for long."

King also explains the type of vibe he was looking for with the video stating, “I’m so happy with the way the video turned out. I wanted to try for a David Lynch approach with this. Josh Shoemaker was just the man for the job. We had so many dear friends come and be a part of it as well. I'm excited to share with y’all."

King was featured in Rolling Stone Magazine’s “In My Room” series, filmed in his kitchen at his home in Nashville, where he performed songs including ‘Rita Is Gone’ and breakout track ‘Wildflowers and Wine’, which appears on El Dorado. King was also included in Spotify’s newest Indigo playlist, which highlight’s country’s notable left-of-centre acts.

El Dorado, acontemporary exploration of southern R&B, country-soul, classic rock and blues, established the 24-year-old phenom as one of the most soulful voices of his generation. With an arresting voice that features as lead instrument, King’s vocals take centre-stage alongside a genre- bending blend of subtle acoustics, bright pedal steel, raucous electric guitars and blistering solos.

The record was released to across the board rave reviews on both sides of the Atlantic and his sold-out UK tour in February saw him garlanded with praise.

“King is the complete package. Retro-styled yet forward facing, he plays searing blues guitar, delicate acoustic country and sings like an angel with buckets of soul… Is 2020 set to be his breakthrough year? You betcha!” 5/5

“King has the voice and song-writing chops of a man twice his age. Buy this record”

"He used to be an insecure outcast. Now the guitarist is introducing southern rock to