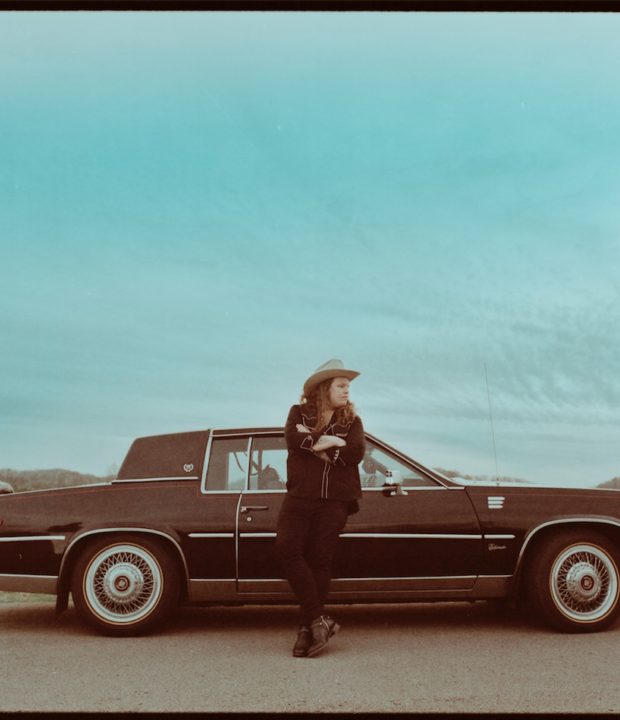 'One Day She's Here' was premiered by FLOOD Magazine who stated, "the song packages Marcus' sensual falsetto with strings for a languorous soul vibe about a love who just won't stay."

Discussing the song with FLOOD Magazine, Marcus explained, “Dan and I wrote ‘One Day She’s Here’ with Pat McLaughlin. This was a writing session I was a little bit late to and when I got there they had this bouncy chord progression. We kind of picked it up from there and started moving forward. A reoccurring theme throughout the record is old Cadillacs. And this idea of something you love fading away into the distance appealed to me as writer. Something that I think everybody can relate to is seeing something fade away like that.”

'One Day She's Here' is featured on his genre-bending debut solo record, El Dorado, produced by Dan Auerbach at Easy Eye Sound in Nashville, and due Jan 17, 2020 on Snakefarm Records (UK). El Doradois a contemporary exploration of southern R&B, country-soul, classic rock and blues, where subtle acoustics and pedal steel shine bright alongside raucous electric guitars and blistering solos. Marking a new sonic direction and with King’s remarkable voice taking centre stage, El Dorado is set to further establish King as one of the most soulful voices of his generation.

Marcus King has become a vocal and guitar phenomenon at 23 years old, overcoming challenges with mental health and loss to release his debut solo album, poised for a major breakthrough and his most critically acclaimed yet. The album’s highly anticipated first single, 'The Well' premiered recently via Rolling Stone alongside widespread support from tastemakers American Songwriter, Vulture, Entertainment Weekly and Paste and is already receiving dedicated support at Triple A radio, including KCRW which made it their top tune of the day. The track’s cinematic video also premiered via Relix with hundreds of thousands of views in weeks.

Marcus is currently on a 75+ date world tour in the US, Australia, Japan, Europe, and more, with The Marcus King Band. Multiple dates are already sold out from Washington to Philadelphia. He has also found the time to develop his own signature guitar with Gibson, create a signature amp with Orange Amps, appear on The Late Show With Stephen Colbert, perform with Chris Stapleton on his US arena tour as well as curate his own namesake festival - The Marcus King Band Family Reunion.

Playing professionally since he was eleven years old and discovered in his teens after a video of him performing at Norman’s Rare Guitars went viral, Marcus King is a fourth-generation musician who followed in his family’s footsteps. His grandfather was a country guitarist, and his father continues to perform live. King recently made his debut at The Grand Ole Opry, playing his grandfather’s guitar. The moment was recently captured in a video documentary, which can be watched here.

“Sure to grab the hearts, minds and ears of everyone from the rock clubs to the Grand Ole Opry.”
AMERICAN SONGWRITER