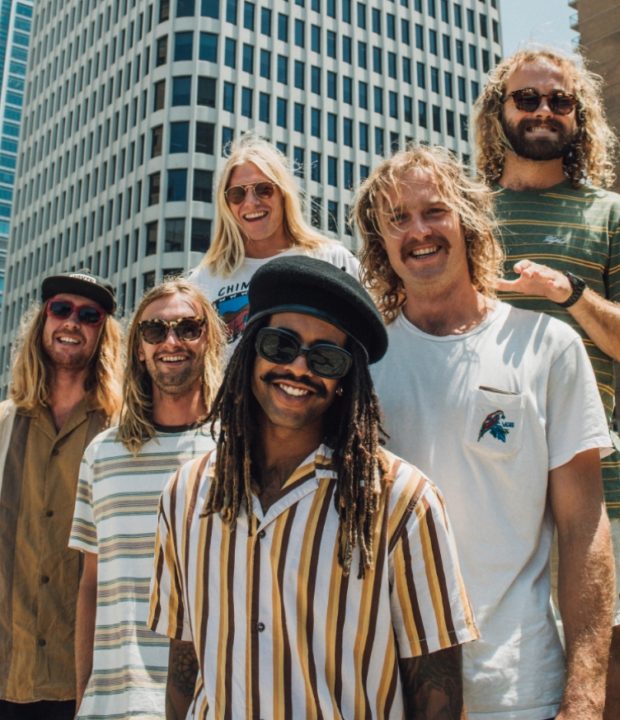 Australian psych-surf-rockers Ocean Alley have announced three UK headline dates in August, with shows in London, Glasgow and Manchester. Tickets will go on sale at 9am on Friday (8th March).

“We can’t wait to return to the UK in August,” say the band. “Last time was incredible, with all the shows selling out in advance and the crowds giving their all. We’re bringing a new set this time and we look forward to playing it in bigger rooms to some new – as well as familiar! – faces.”

The announcement follows the release of their new single, ‘Stained Glass’, the first new music from the band since the release of their momentous second album Chiaroscuro, which spawned the triple j Hottest 100 #1 and ARIA-accredited Gold single ‘Confidence’ and saw them sell out shows worldwide.

The band are currently touring Australia supporting Tash Sultana, before a slot at Byron Bay Bluesfest in April and an extensive run of dates in the US and Canada during May, June and July after which they head to the UK for their run of headline shows and slots at Reading & Leeds and Boardmasters festivals.