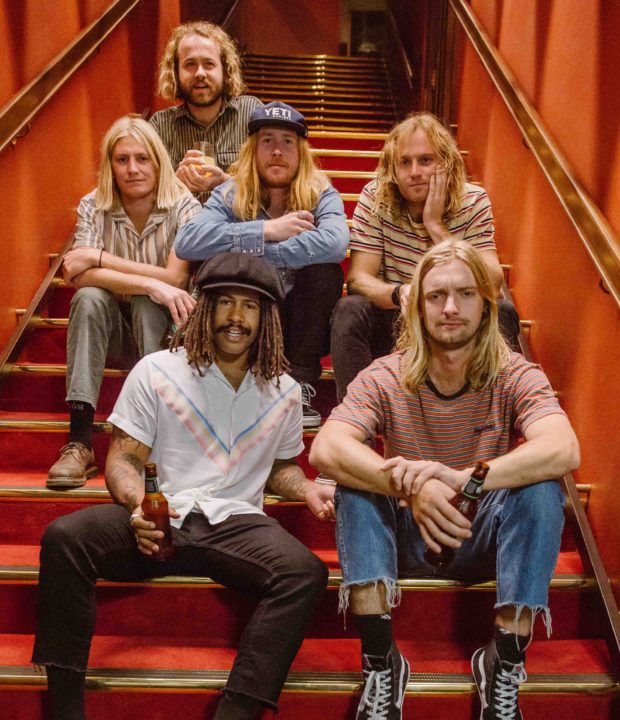 Premiered by Billboard in the US, the track comes in the midst of the band’s North American tour, providing yet another taste of their infectious brand of genre-fusing bliss.

The pre-chorus introduces an alluring haziness, enhanced by Baden Donegal’s entrancing vocals and harmonies, slowly building up after the second chorus to close out the song with an unexpected coda – complete with crashing cymbals and wailing slide guitar.

Discussing the meaning behind the track, the band explained, “It’s a more upbeat and punchy track than ‘Stained Glass’, addressing themes of perseverance, patience and practicing personal growth. It’s an insight into the current mindset of the band as we acknowledge our past achievements and beg for new challenges on a relentless journey forward.”

With two albums under their belt, Lost Tropics (2016) and last year’s critically acclaimed Chiaroscuro (2018) – which spawned the triple j Hottest 100 #1 ‘Confidence’ – the band have captivated audiences worldwide with their infectious blend of psychedelic surf-rock, selling out a slew of shows at home and abroad, plus performing at festivals including Splendour In The Grass (AU), California Roots (USA) and Bay Dreams (NZ).

Ocean Alley are currently midway through a 32-date tour of the USA and Canada, returning home next month for a special Saturday night performance at Splendour In The Grass on the main stage.

The band will spend the rest of the Australian winter months in Europe, playing 18 shows across the continent including an appearance at Budapest’s world-renowned Sziget Festival and a sold out headline show at London’s iconic Electric Ballroom.

The full list of UK and European tour dates can be found below, and tickets can be purchased here.