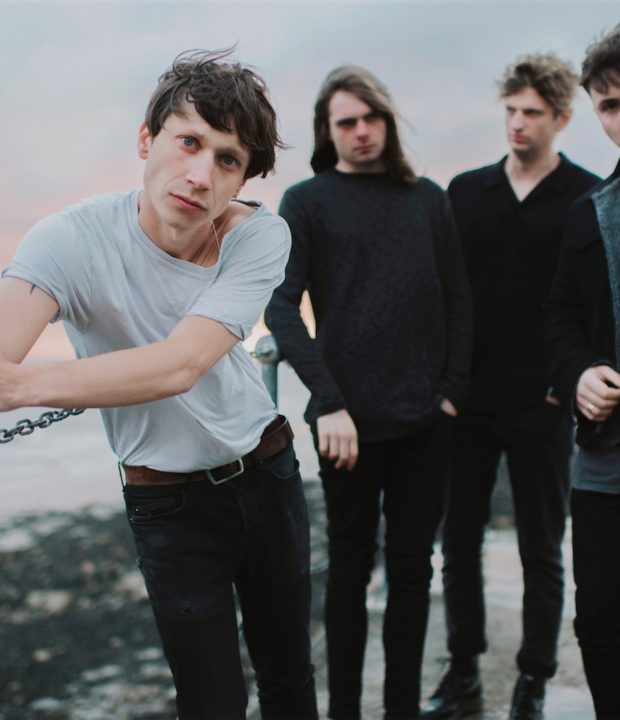 October Drift have shared their new single, ‘Forever Whatever’, the title track from their upcoming debut album, which will be released on January 24th via Physical Education Records. The band are currently on a UK headline tour and will play Manchester’s Night & Day Café tonight (October 4th).

A juxtaposition of calm and chaos, the track combines the brooding emotion of Joy Division and New Order with the volatility of The Bends-era Radiohead. Swelling and anthemic, the track opens to an engulfing explosion of distorted guitars, before hushed verses highlight the track’s elegiac yet hopeful lyricism. Frontman Kiran Roy’s potent vocals are set against resonant instrumentals, before launching into a chorus charged with immersive intensity.

“We've never really cared about being fashionable,” says Kiran. “Most of our peers are making politically charged music - which is understandable and important - but that's not what comes naturally to us. We've always written from a space that's more personal. I take my faults and fears and mould them into something more positive; be it loneliness, teenage angst, or inadequacy.

“I try to put a positive spin on these internal struggles in the hope that a feeling of optimism will reflect onto listeners who are dealing with the same emotions. My favourite music always feels relatable, like you’re feeling the same as the artist, even though their intention might not match your interpretation. That’s what we’re aiming for in our lyrics – a relatability to everyday life.”

October Drift’s debut album,Forever Whatever, is a cathartic collection of tracks encompassing themes of loneliness, fear and ultimate positivity, and builds on the solid foundation that they have built over years of touring and writing to cement themselves as an important and powerful new presence.