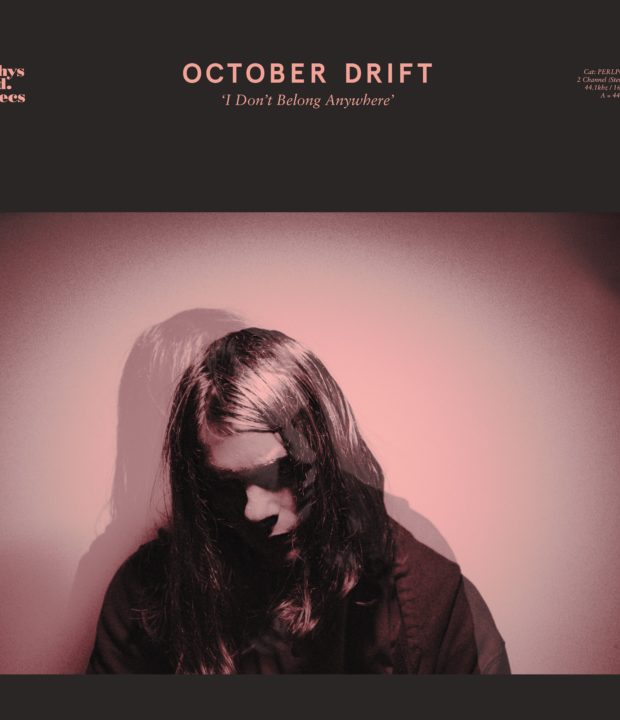 October Drift have announced their second album I Don’t Belong Anywhere, out September 23rd via Physical Education Recordings. The album is available to pre-order now here.

I Don’t Belong Anywhere will feature the brand new single ‘Insects’, a dark grungy rock song about belonging and growing up through life’s struggles. The track has been quick to draw strong support, with early radio plays coming from John Kennedy at Radio X and Sarah Gosling at BBC Introducing as well as high profile Spotify playlists including All New Rock, New Music Friday and more.

October Drift’s forthcoming album is a taut, visceral record, a step forward for the band into an even more powerful, brutal sound following their highly acclaimed debut album Forever Whatever in 2018. Far less introspective than their debut, I Don’t Belong Anywhere is October Drift’s totem for bringing us all together again. “A feeling of not belonging is something everyone feels or has felt,” explains vocalist and guitarist Kiran Roy.

I Don’t Belong Anywhere lead single and album opener ‘Airborne Panic Attack’ is a biting reflection on the harsh backdrop of 21st Century living. The song weighs up the deleterious, numbing weirdness of a world where cat videos and memes jostle for space on the timeline with wars and climate crises. Kiran explains, “It’s an emotional, kneejerk reaction to climate change, social divisions, social media and the modern-day hardships of working people.”

Alienation and connection recur throughout the album. Kiran’s girlfriend lives hundreds of miles away, in Glasgow, and ‘Lost Without You’ wrestles with the difficulties and doubts of long-distance relationships.

But where there may be bleak, self-scouring lyrics during songs like ‘Parasite’, about “feeling numb and being a burden”, they’re balanced both by the cathartic joy of October Drift’s muscular music, and more optimistic moments on ‘Ever After’, addressing “the powers of human connection”, and ‘Feels Like I’m Home’ about “keeping going even when it’s hard, about being there for each other,” Kiran points out about the track. “It takes the dark for us to see the stars.”

October Drift will be treating fans to music from the upcoming album live for the first time on their 13-date UK headline tour which kicks off on March 22nd at The Joiners, Southampton and finishes at London’s Oslo on April 7th. Tickets are on sale now and available from https://www.octoberdrift.com/tour

The band have also been announced for festivals including Bearded Theory’s Spring Gathering on May 26th and Eiland Buitenvest in the Netherlands on June 3rd.

As October Drift prepare to release I Don’t Belong Anywhere, their ever-increasing live fanbase, coupled with the critical acclaim that they enjoyed with their debut album, means the band are poised to explode across 2022. It’s an album about connection, an album that’s truly from the heart, and rich with added layers of meaning.