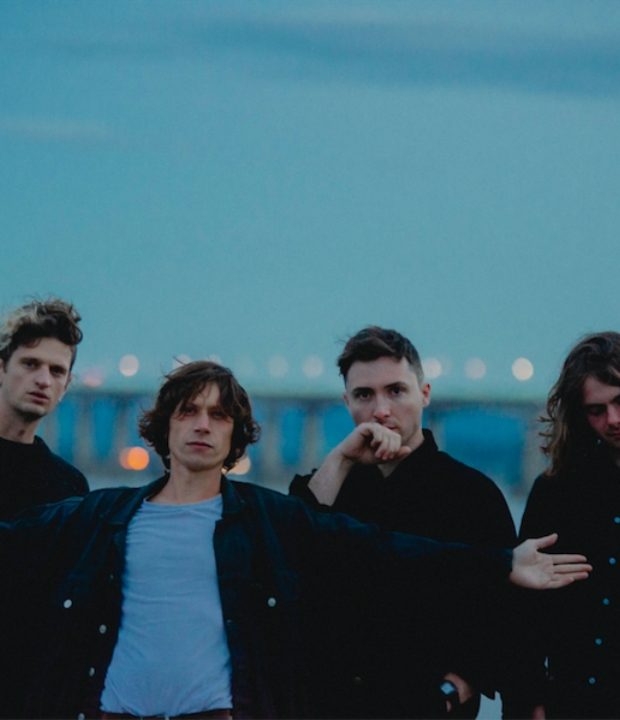 October Drift have announced their new acoustic EP, Naked, out on November 6th via Physical Education Records. The band have also shared ‘Like The Snow We Fall’, the first single to be taken from the EP.

Stark and atmospheric, ‘Like The Snow We Fall’ blends rhythmic acoustic guitar with sparse accents of piano, before opening into a beautifully immersive orchestral climax. Throughout, frontman Kiran Roy’s vocals paint a powerful and darkly optimistic portrait of hope and catharsis, set against instrumentals that blur the lines between folk and post-rock.

“It's about trying to control our hopes, fears and expectations and accepting things as they are,” Kiran explains. “We're often sold that A+B=C. You do some course and then you’ll automatically have this great job at the end or that you spend money on a new product and it’ll make you happier and healthier, but the world doesn’t always work like that. This song is about doing your own thing and trying to realise self-worth, even if it doesn’t fit the mould. It’s not always the easiest thing to do.”

Stripping away the immersive wall of distorted guitars and powerful instrumentation prevalent throughout the album, the new EP showcases the band’s diversity as musicians, shining a light on Kiran’s insightful lyricism and evocative vocals, and painting the tracks in a deeply sensitive light.

Including album tracks ‘Naked’ and ‘Cinnamon Girl’, transformed from their original driving anthems into pensive and reflective odes, and the new tracks ‘Like The Snow We Fall’ and ‘Still’, a stunningly emotive and confessional blend of delicate guitar, soaring vocal harmonies and strings,Nakedis a showcase of their varied and virtuosic songwriting abilities.

The new EP follows the success of their debut album Forever Whatever, released earlier this year. With a solid foundation built over years of touring and writing, the album affirmed the band’s place as an important new presence, with their heavy, pop-inflected rock delivering a rejuvenating injection of fresh blood to the genre. The album was met with widespread critical acclaim on release, garnering praise from the likes of The Sun, NPR, CLASH, Kerrang, Louder Than War, In Stereo Magazine and many more.

“Energy is infectious. And Somerset’s brooding alt-rock four piece exude it, marking them out as one of our most exciting new bands”
The Sun

“Bold and brash, tender and understated, and perhaps most importantly vital, a true contender for album of the year”
Clash

“A superb band with superb tunes”