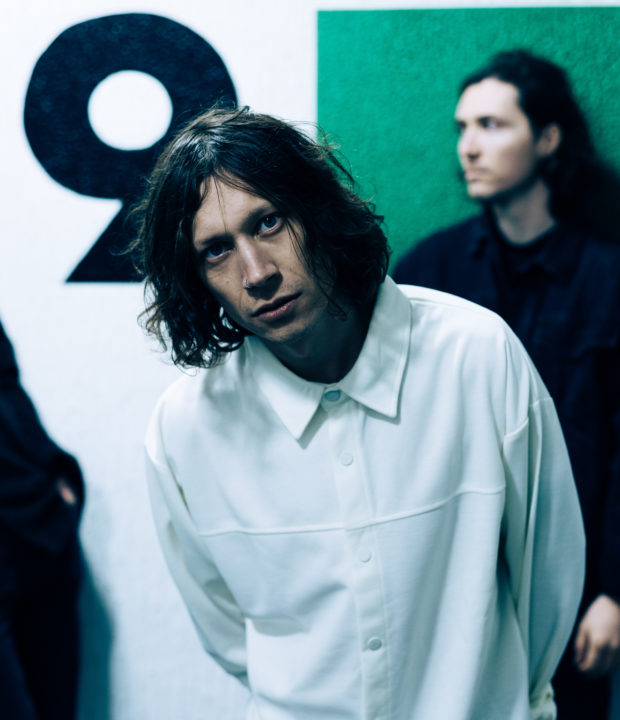 October Drift have announced a UK headline tour for October 2022. The 11-date tour will start in Cardiff, Clwb Ifor Bach on October 19th and finish in Exeter, Cavern on October 31st, the band will play The Lexington in London on October 28th. Tickets for the tour are on sale now here.

The band will be performing in support of their forthcoming second album I Don’t Belong Anywhere, out October 14th via Physical Education Recordings and available to pre-order here.

The upcoming album is a taut, visceral record, and a step forward for the band into an even more powerful, brutal sound following their highly acclaimed debut album Forever Whatever in 2018. Far less introspective than their debut, I Don’t Belong Anywhere is October Drift’s totem for bringing us all together again.

I Don’t Belong Anywhere includes previously released singles ‘Insects’, ‘Airborne Panic Attack’ and their most recent ‘Webcam Funerals’, which has proved a radio hit with great support from BBC 6Music and Radio X.

The album is about connection and one that’s truly from the heart, rich with added layers of meaning it finds the band poised to explode across 2022 with their most thoughtful and exciting record yet.

October Drift have been treating fans to songs from the forthcoming album live at festivals this summer, their most recent in support of Pearl Jam at BST Hyde Park. They will also be performing at further festivals including Tramlines (July 22nd), Y-Not (July 29th) and Handmade Festival (August 6th).

With a phenomenal live reputation, the Taunton collective are set to cement that status on their forthcoming headline tour in October. Full tour dates are listed below:

“Bold and brash, tender and understated, and perhaps most importantly vital”
Clash