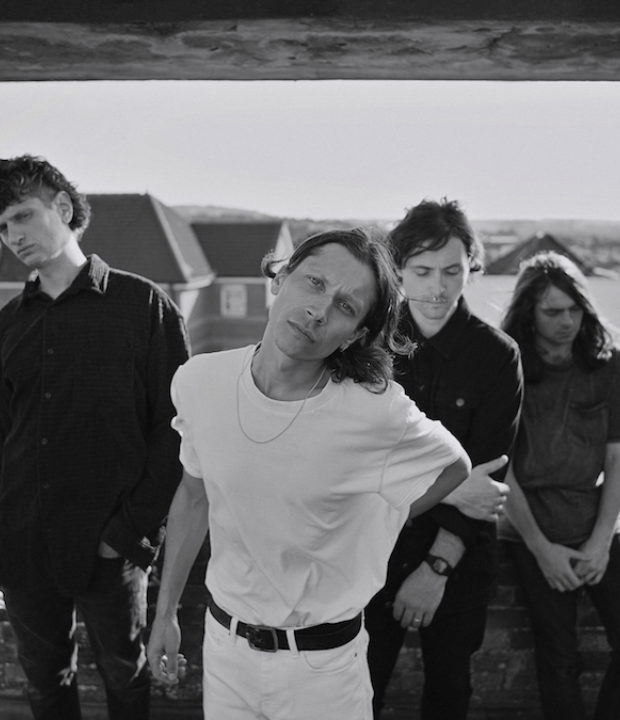 October Drift have announced their brand new single ‘Airborne Panic Attack’, which will be released on October 1st.

It will be their first taste of new material since their acclaimed debut album Forever Whatever and follow up EP Naked released last year. Pre-save the new single here.

‘Airborne Panic Attack’ touches on the tedious and monotonous side of life that we often find ourselves falling into, often leaving us numb and blind to the growing number of devastating global issues. It’s an outreached helping hand amongst seemingly overwhelming distress; a reminder to stay strong and continue pushing forwards amidst relentless chaos.

The new track is the first new music since their 2020 EP Naked, a stripped back and stunningly emotive collection of songs that showcases the band’s varied and virtuosic songwriting abilities. The EP followed the release of their debut album Forever Whatever, a heavy and pop-inflected rock gem that was met with widespread critical acclaim on release, garnering praise from the likes of NPR, Clash, Kerrang, Louder Than War, In Stereo Magazine and many more.

Having already thrilled audiences at festivals including Glastonbury’s John Peel Stage, Reading & Leeds and The Great Escape, as well as on a major European tour with Editors and a slot at Liverpool’s Sound City, the band are hitting the road at the end of September for an extensive run of dates across the UK, including a performance at London’s Boston Music Room. For a full list of the band’s upcoming tour dates and tickets, visit the tour section of their website here.