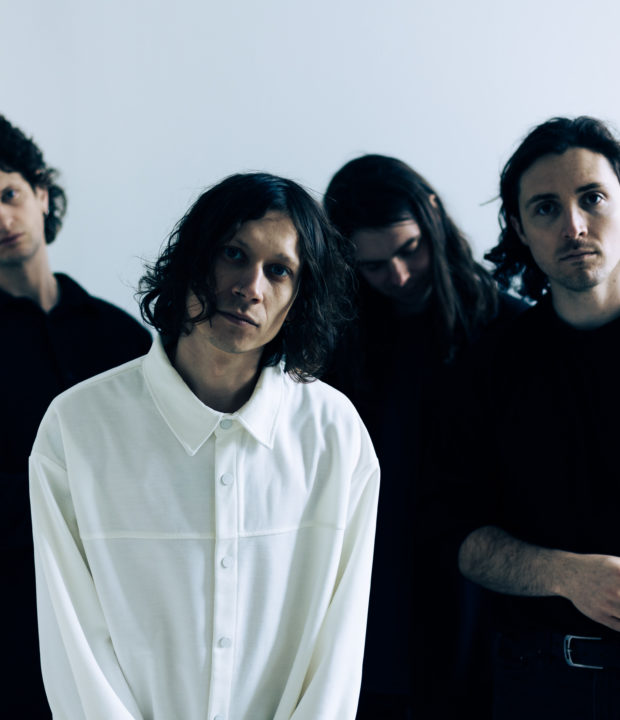 October Drift have released their brand new single ‘Insects’, a dark grungy rock song about belonging and growing up through life’s struggles. The track is taken from their new album out later this year and comes ahead of an extensive headline tour which starts later this month.

Regarding ‘Insects’ vocalist and guitarist Kiran Roy says, “It’s a coming-of-age song, about feeling life pull you in different directions. It’s about growing up but finding yourself smaller and more up against it than ever. I wrote the lyrics after visiting the Kelvingrove museum in Glasgow and seeing all the Victorian butterflies and beetles pinned up on display.”

‘Insects’ follows the release of the biting reflection on the harsh backdrop of 21st Century living ‘Airborne Panic Attack’ at the end of last year. Both singles are taken from October Drift’s forthcoming album which is a taut, visceral record, a step forward for the band into an even more powerful, brutal sound following their highly acclaimed debut album Forever Whatever in 2018.

October Drift will be treating fans to music from the upcoming album live for the first time on their 13-date UK headline tour which kicks off on March 22nd at The Joiners, Southampton and finishes at London’s Olso on April 7th. Tickets are on sale now and available from https://www.octoberdrift.com/tour

The band have also been announced for festivals including Bearded Theory’s Spring Gathering on May 26th and Eiland Buitenvest in the Netherlands on June 3rd. Full October Drift tour dates can be found below: