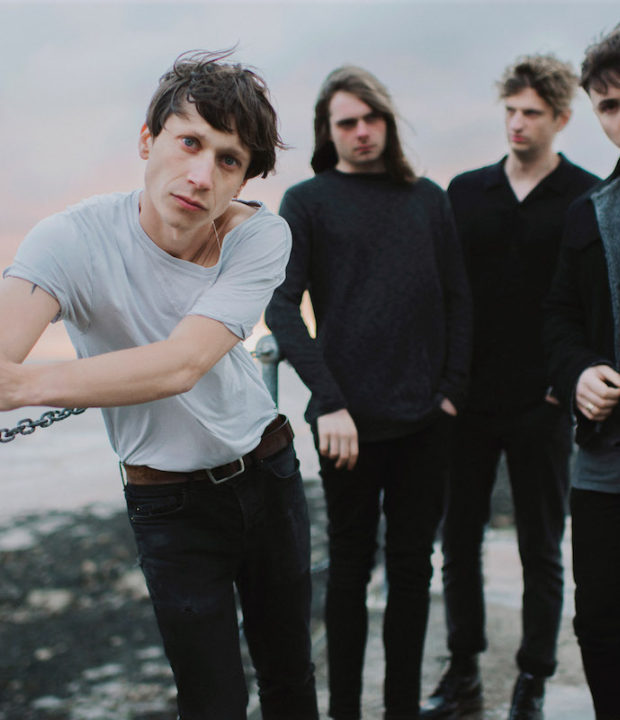 October Drift have shared the video for their new single, ‘Forever Whatever’, the title track and latest single to be taken from their upcoming debut album, out on January 24th via Physical Education Records.

A powerful demonstration of the band’s formidable live presence, the video sees the band perform the track in a seamless one-take shot amid the atmospheric setting of an empty warehouse, with thrashing theatrics emphasising its emotionally charged sentiment.

“Filming music videos usually fills us with dread, and seeing as we filmed this one on the only day off during a three week tour we were a little pessimistic,” explain the band. “So when the videographers suggested doing a one shot performance video we were all pleased. We basically just played the song as we would live, once in front of camera and that was that. No point in doing it over and over again and killing the vibe. We find this kind of thing works better if you don’t overthink it.”

A juxtaposition of calm and chaos, the track combines the brooding emotion of Joy Division and New Order with the volatility of The Bends-era Radiohead. Swelling and anthemic, the track opens to an engulfing explosion of distorted guitars, before hushed verses highlight the track’s elegiac yet hopeful lyricism. Frontman Kiran Roy’s potent vocals are set against resonant instrumentals, before launching into a chorus charged with immersive intensity.

October Drift’s debut album, Forever Whatever, is a cathartic collection of tracks encompassing themes of loneliness, fear and ultimate positivity, and builds on the solid foundation that they have built over years of touring and writing to cement themselves as an important and powerful new presence.