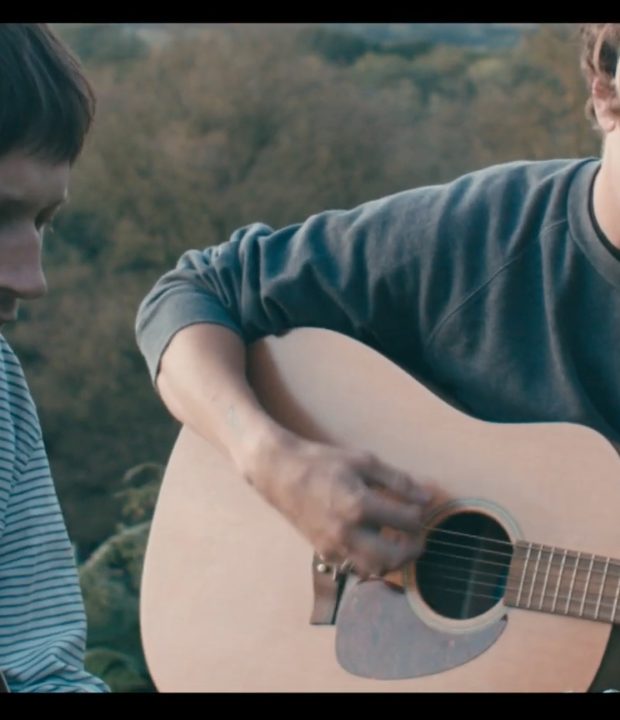 October Drift have shared the emotive acoustic video for their latest single, ‘Forever Whatever’, as part of their series of Songs In Strange Places. The video follows the announcement of a ten-date headline tour for February after the release of their debut album Forever Whatever, out on January 24th via Physical Education Records.

Stripped back to two guitars and frontman Kiran’s resonant vocals, the video highlights the track’s poignant and poetic lyricism, framed against minimal and starkly entrancing instrumentals, and was filmed in the Blackdown Hills.

“We misjudged the light massively, so basically had one shot to nail it before the sun went down,”explain the band.“Somehow everything came together in that one take and we managed to luck our way through another self-made video. I think sometimes a little added pressure can bring out the best in a performance”

‘Forever Whatever’ follows their previous singles ‘Losing My Touch’ - released earlier this year - and ‘All Broken Down’ and ‘Come And Find Me’, released to widespread acclaim last year. With influences as varied as The National, Radiohead, Interpol and Nick Drake, their heavy, pop-inflected rock is delivering a rejuvenating injection of fresh blood to the genre, and has garnered strong support from both Radio X and BBC 6Music.

A cathartic collection of tracks encompassing themes of loneliness, fear and ultimate positivity, Forever Whatever builds on the solid foundation that they have built over years of touring and writing to cement themselves as an important and powerful new presence. Following the album’s release, the band will embark on a ten-date headline tour starting with a sold out show in Bristol on the 7th February, and including dates in Manchester, Glasgow, Brighton and London.

Full dates for their February tour can be found below.