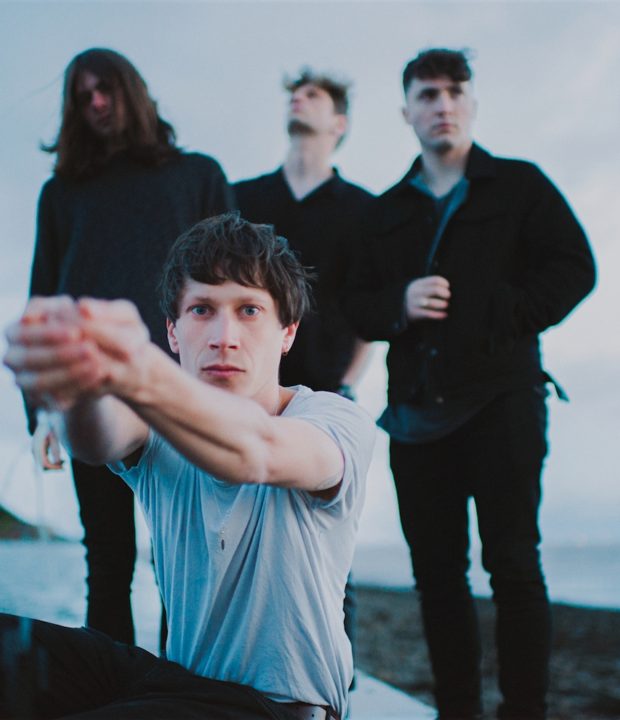 October Drift have shared their new single, ‘Oh The Silence’, the most recent track to be taken from their upcoming debut album, Forever Whatever, out on January 24th via Physical Education Records.

Moving from subdued verses, with ambient swells of subtle guitar accentuating evocative lyricism, into explosive choruses laden with immersive distortion, the track is an anthemic and infectious blend of poetic lyricism and intense crescendos of instrumentation and emotion.

The track is the latest to be taken from their upcoming debut album, Forever Whatever, out on January 24th. Opening with the powerfully fragile ‘Losing My Touch’, an ode to optimism in the face of inadequacy, the album explores themes of loneliness, fear and ultimate positivity over ten tracks of sonic exploration and emotional catharsis.

"This album is hugely personal to us,” explain the band. “It's years of teenage angst, loneliness, feeling you’re not good enough, all our faults and fears put into 40 minutes of guitar noise. We don’t care about being a cool band. We just wanna write music that people give a shit about. And if it connects with even a handful of people, then it's been worth it.”

One of the most electrifying, charismatic and formidable live acts of the past two years – with appearances at festivals including Glastonbury’s John Peel stage, Reading & Leeds and The Great Escape, as well as a major European tour with Editors in 2018 and a slot at Liverpool’s Sound City – the band will embark on a ten date headline tour following the album’s release, including dates in Manchester, Glasgow, Brighton and London throughout February. Full dates can be found below.