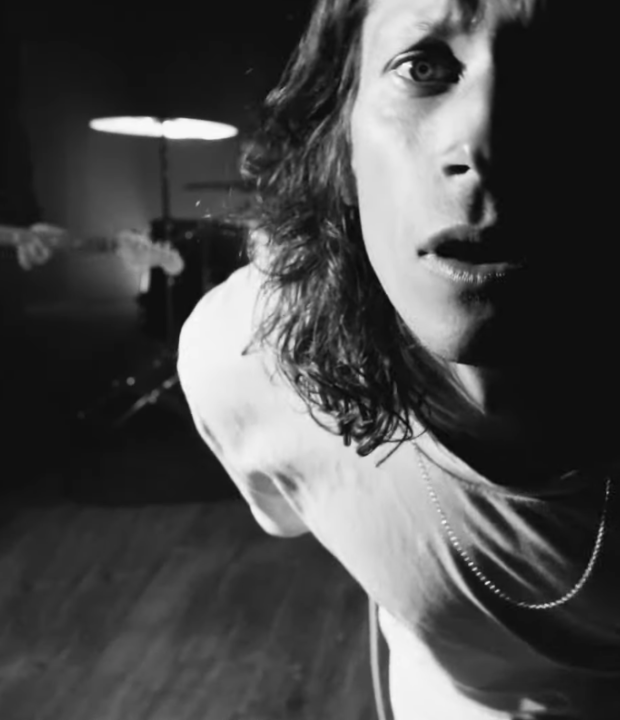 October Drift have released a brand new video for their latest single ‘Airborne Panic Attack’, their first taste of new material since their acclaimed debut album Forever Whatever and follow up EP Naked were released last year. Watch the video here.

The gritty monochrome video enhances the track’s stark and biting core, touching on the tedious and monotonous side of our lives that we often fall into as we strive to endure the barrage of everyday existence. It also provides an accurate snapshot of one of their live shows, perfectly capturing the band’s ferocity as they indulge in a cathartic release of energy.

“The majority of the lyrics for 'Airborne Panic Attack' were written before the pandemic at the start of 2020, but it wasn't until coronavirus hit that they were suddenly brought into focus and began making much more sense to me,” explains frontman Kiran Roy. “The mundanity of daily life in lockdown in contrast to the world falling apart lead me to look at the lyrics from a much less personal point of view.

It seems like horrific events are happening on an almost daily basis – whether it’s the imminent disaster of climate change or the countless humanitarian issues we face. We watch these apocalyptic visions with bizarre detachment, feeling momentarily sick and then continuing to scroll through cat videos and recipe ideas, ignoring that one day these events could be unfolding on our own doorsteps with our phones doing the filming.

Surrounding all this chaos is a backdrop of division, fuelled by politicians, media outlets, fear and uncertainty. People spend their precious energy at each other's throats online or shouting into their own social media echo chambers while nothing changes.

'Airborne Panic Attack' is the void between everyday life and these huge global problems that hang so heavy above us and feel so out of our hands. Ultimately though, it’s about not letting the weight destroy us and carving our own paths while we’re at it.

If I’m a lab rat, I’ll take this chance to give my best dance.”

‘Airborne Panic Attack’ is the first taste of new music since their 2020 EP Naked, a stripped back and stunningly emotive collection of songs that showcases the band’s varied and virtuosic songwriting abilities. The EP followed the huge success of their debut album Forever Whatever, a heavy and pop-inflected rock gem that was met with widespread critical acclaim on release, garnering praise from the likes of NPR, Clash, Kerrang, Louder Than War, In Stereo Magazine and many more.

Having already thrilled audiences at festivals including Glastonbury’s John Peel Stage, Reading & Leeds and The Great Escape, as well as on a major European tour with Editors and a slot at Liverpool’s Sound City, the band hit the road at the end of September for an extensive run of dates across the UK which was unfortunately cut short due to an unavoidable Covid-19 issue. The band have rescheduled all the cancelled shows for November, with tickets for the original dates remaining valid. For a full list of the band’s upcoming tour dates and to purchase tickets, visit the tour section of their website here.