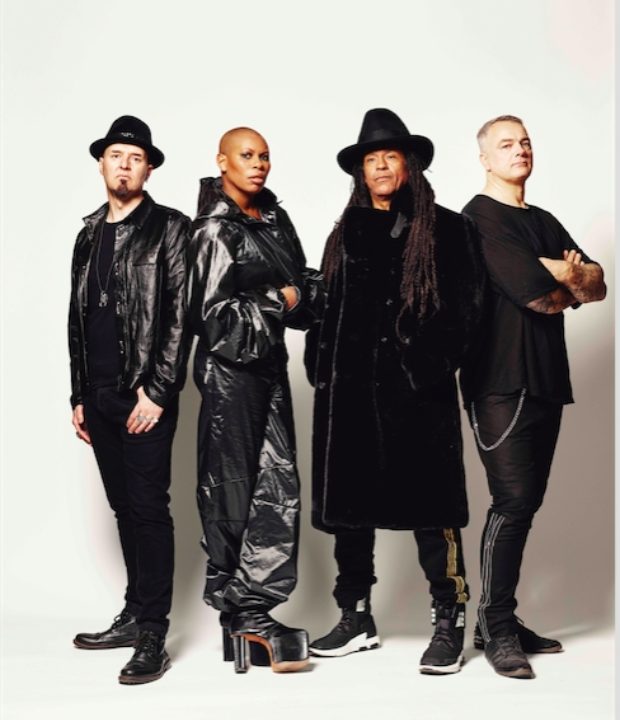 Written by vocalist Skin following a tough breakup it instantly became a fan favourite and was a Top 20 hit across Europe, reaching no.13 in the UK charts, even hitting no.1 in both Iceland and Switzerland.

Two decades on and Skunk Anansie are recognised as one of the most important and successful British rock acts across the globe, having enjoyed a spectacular international career as trailblazing, multi-platinum-selling, award-winning Brit rockers.

In celebration of their 25th anniversary live album [email protected], which is released next week, the band have now shared a live video for the track. Renowned for their incendiary live performances, the video consists of previously un-released footage from earlier shows, capturing the spirit of Skunk Anansie which has electrified clubs, venues and festivals across the globe.

‘Hedonism’ follows the release of live versions of ‘Weak’ and ‘Charlie Big Potato’ shared last year, all of which feature on the album.

[email protected] is an in-your-face document, celebrating Skunk Anansie’s unrivalled influence throughout the decades, yet still remaining as potent and relevant today. The band’s influence continues to be recognised with Skin featuring as a cover star for Classic Rock’s ‘She Rocks’ issue last year as well as picking up the ‘Inspirational Artist’ Award at Music Week’s Women In Music Awards 2018.

2019 will see their return to the live circuit, with a number of European shows and festival headline slots already announced – see details below – and many more to follow. Standby for some big UK live news coming very soon!

[email protected] can be pre-ordered in a variety of collector’s editions – signed deluxe CD, coloured vinyl box-set, a deluxe multi-format bundle, on cassette, with exclusive merchandise and more. Full details can be found at https://skunkanansie.tmstor.es/