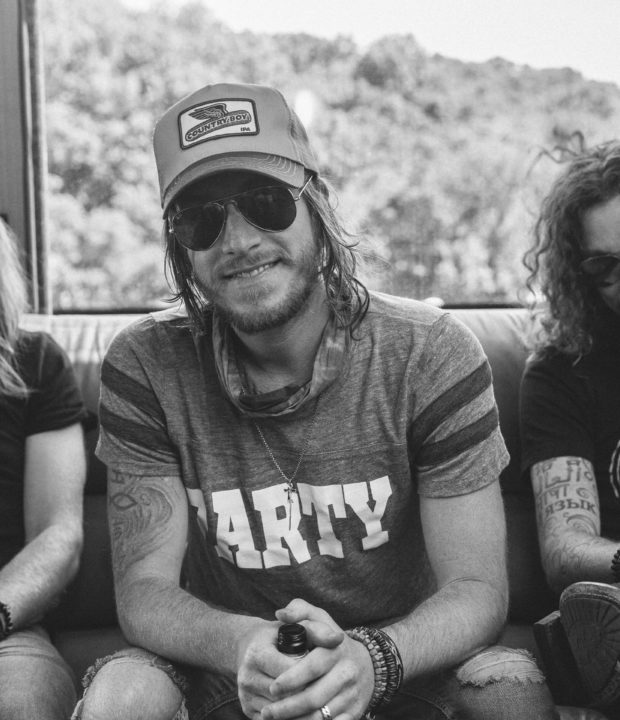 Nashville natives THE CADILLAC THREE are fiercely proud of their Southern roots, leaving a lasting impression on fans across the globe with their high-octane live show and chart-topping songwriting skills.

And now, with the release of their brand new album LEGACY, out August 25th on Big Machine Records THE CADILLAC THREE are poised to become international stars.

"We started the ‘Legacy’ album the day ‘Bury Me In My Boots’ came out last August because there were some songs we were excited about and we wanted to jump in the studio and do what we do live for a minute – to see what would happen,” shared drummer Neil. “We didn't really tell anyone what was up and by the end of the year we had cut the whole album and produced it ourselves. We can't wait for everyone to hear what we've been up to in between all the shows the last year and a half!"

The trio collectively produced the 11-track project and worked with renowned songwriters like Lori McKenna, Jonathan Singleton and Laura Veltz to offer the next chapter of their story, following 2016’s Bury Me In My Boots. Excited to share new music with fans worldwide, two songs are available now – ‘Dang If We Didn’t’ and ‘American Slang’ – in conjunction with the album’s preorder: http://smarturl.it/TC3Legacy. The tracks also serve as radio singles for the US and UK respectively.

Jaren Johnston, Kelby Ray and Neil Mason have also just announced their first-ever headline show at Nashville’s historic Ryman Auditorium on August 31. The hometown show is a fitting venue for the Nashville natives who grew up seeing their favorite artists perform on that very stage and marks a poignant moment in their history.

The band also returns to their second home of the UK as part of their ‘Long Hair Don’t Care’ tour, playing nine dates across the country, including a highly anticipated show in the capital at O2 Kentish Town Forum.

Over the weekend, The Cadillac Three performed for their rabid fan base at Download Festival in Paris with Linkin Park, and in the UK with Aerosmith. They also have a full summer tour of the USA and Canada ahead, taking in cities across the whole of America. For tour dates and album updates, visit www.TheCadillacThree.com