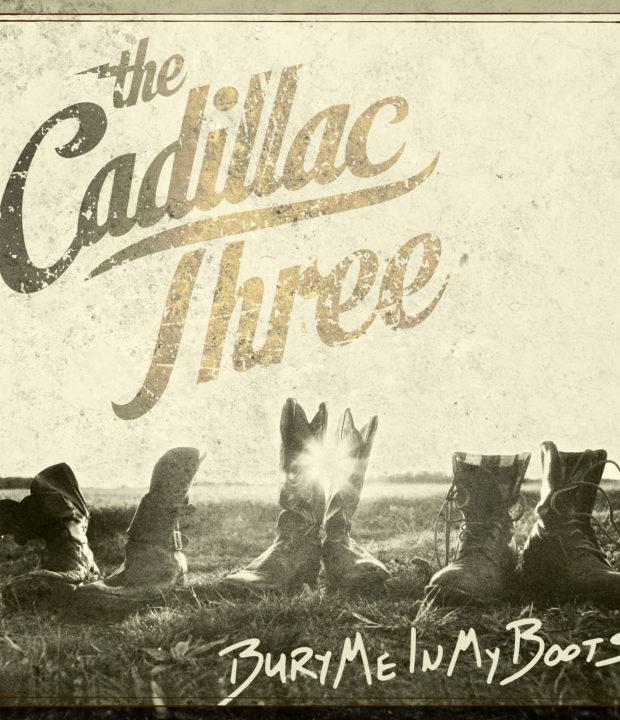 Nashville natives THE CADILLAC THREE have revealed their long-awaited album BURY ME IN MY BOOTS, scheduled for release on August 5th via Big Machine Records, along with a brand new headlining tour of the UK this Autumn.

The trio have been teasing the full-length project with the staggered release of new tracks including ‘Graffiti’, ‘Soundtrack To A Six Pack’ and the new single ‘Drunk Like You’. In time-honoured tradition the album showcases their love of a hard-rockin’ good time and includes their 2015 hit single ‘White Lightning’.

Comprised of Jaren Johnston (lead vocals), Neil Mason (percussion) and Kelby Ray (lap steel), The Cadillac Three are well-known for their electric intensity and songwriting proclivity. Pals since high school, the bandmates’ musical fusion has found a ready home in the UK, where they’ve built a loyal following with multiple sold-out headline dates.

They were named as ‘Best New Band’ in the 2014Classic Rock Roll of Honour Awards and became the most played new band on Planet Rock in 2015.Rolling Stone claims, "Like Kings of Leon before them, they're poised for their first big break in the U.K. — where they've sold out every headlining show for nearly two years — before conquering their U.S. home turf.”

Jaren, whose songwriting sensibilities have garnered Academy of Country Music and Grammy-nominations, has penned chart-topping hits for Jake Owen (‘Beachin’), Frankie Ballard (‘Sunshine & Whiskey’) and Keith Urban featuring Eric Church (‘Raise ‘Em Up’), in addition to credits on the majority of TC3’s catalogue and singles for Tim McGraw and Dierks Bentley. Neil’s talents are also acknowledged on cuts for Rascal Flatts and Miranda Lambert, to name a few.

Ahead of the album’s release The Cadillac Three will be performing at Ramblin’ Man Fair in Kent on July 24th and then return to the UK for a headline tour later this year. Tickets are available now through Live Nation.

Their raw and gritty sound has won them founds on both sides of the Atlantic with its rocking vivacity and universal appeal. Chicago Sun-Timesexplains it thus, “…the majority of today’s so called country rockers are simply trying to emulate what The Cadillac Three has been from their very beginning.”

You can pre-order the album here: http://po.st/TheC3