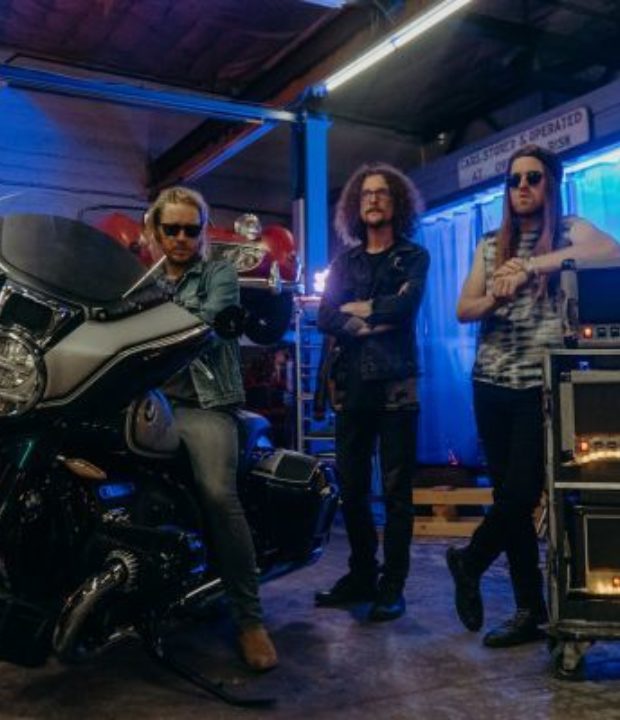 The Cadillac Three have just released their new single ‘Get After’ It’, which comes with a unique world premiere for the music video revealing their partnership with BMW Motorrad and Marshall.

The high-octane clips were filmed on the open roads of Columbia and Leiper’s Fork, TN with director Dylan Rucker. Watch the official music video for ‘Get After It’ here.

Riding a motorcycle while listening to music is a natural fit, especially for passionate rider and TC3 lap-steel guitarist Kelby Ray, so the collaboration came together easily for the band. “One of the most exciting things about this partnership is being able to combine awesome music and motorcycles. It was a truly special experience to be the first person in the USA to ride these new bikes for the first time.”

Drummer Neil Mason continues, “we’ve had a great relationship with Marshall Amplifiers for a long time and when we found out they’d recommended us to BMW to help launch their new motorcycle with a music video for ‘Get After It,’ it felt like a big ole hell yes for us.”

The deep emotional experiences of both riding and jamming out has become a multi-generational trend. With the Marshall sound system, the new R 18 Transcontinental and R 18 B offer an intense sound capability. Up to 4 loudspeakers and 2 subwoofers with 280 watts of total output provide incomparable sound quality and "good vibrations."

“BMW Motorrad stands for the passion for riding, but it’s also about meeting people and being part of the community,” says Ralph Rodepeter, Head of Marketing and Product Management BMW Motorrad. “Both music and riding a motorcycle are just about pure emotion. I can’t think of a better song than this awesome track from The Cadillac Three for this project.”

Singer-guitarist Jaren Johnston adds, “this was such an awesome experience! While recording the track we tried to incorporate the feeling of getting on that BMW Motorrad bike for the first time while playing a really loud guitar through huge Marshall stacks like we do out on the road. I think we nailed it!”

To ensure that beats and basses perfectly complement the ear while riding, BMW Motorrad has long been engaged in intensive development work on its sound systems. With its now agreed long-term partnership with world-renowned British company Marshall Amplification, the innovation and quality of BMW Motorrad sound systems are set to reach new heights.

The two new members of the R 18 family will be presented on August 6th in Sturgis, South Dakota, USA for the first time to the public. They will go on sale worldwide in September 2021. Visit bmwgroup.com for additional updates.

Having performed together in various iterations since high school, the ACM Awards Group of the Year nominees officially celebrate a decade as THE CADILLAC THREE with a global 10th ANNIVERSARY TOUR across the US in November, which culminates in the UK and Ireland this December. For tour dates and more, visit thecadillacthree.com.