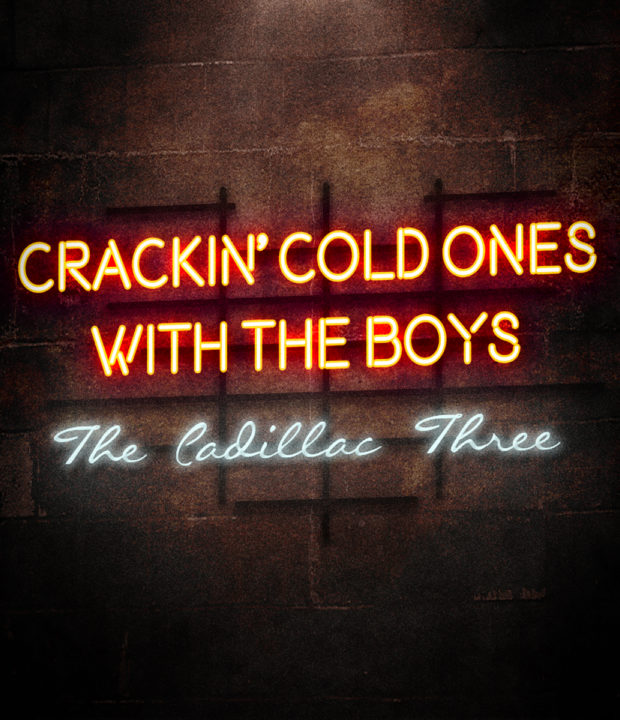 Country music’s most amped and raucous trio bring their cheers, beers and hallelujah motto from the road to the airwaves with today’s release of ‘Crackin’ Cold Ones With The Boys’.

“We had a random studio day where our engineer and I had a few hours before the other guys arrived, and we cut some drum grooves,” recalls Neil. “Later, Jaren and I pulled them up on the bus while we were in Vegas and he started writing the lyrics. Our band and crew have this ongoing joke about how it’s time to ‘crack some cold one with the boys’ so we ran with that. The song was finished an hour or two later so … we drank some beers!”

Filmed at St. Andrews Hall in Detroit alongside director Dylan Rucker, Rolling Stone premiered the music video yesterday, affirming, “Much like the hard-rock band itself, ‘Crackin’ Cold Ones With the Boys’ is a loose, party-ready jam that celebrates the camaraderie of the road — and drinking beers at the end of sweaty gig.”

TC3 have developed a loyal fanbase since the days of jamming in their parents’ basements in high school over a decade ago. But not just the environment has transformed, so has the way they create music – even recording portions of their last full-length effort, LEGACY, from the bus – and release content.

“We spend almost every week out on tour and the interaction that happens from the stage to the floor is the reason we do what we do,” shares Neil. “When we thought about what we wanted to do for our video, we decided to take a few cameras out on the road and film the live show because our fans always come to party. And, that’s everything the song is about!”

In addition to their own catalogue, TC3 are credited on cuts for Tim McGraw, Rascal Flatts, Miranda Lambert and Steven Tyler, to name a few.?

They played to 40,000+ fans at Download Festival ahead of their headline THE LONG HAIR DON’T CARE TOUR, which included a BBC Maida Vale session with openers Brothers Osborne, before heading to Ramblin’ Man Fair Main Stage in Maidstone, UK. While in the US, they spent 2018 touring with Luke Bryan and Dierks Bentley and are currently special guests on Travis Tritt and The Charlie Daniels Band’s 2019 OUTLAWS & RENEGADES TOUR and Luke Combs’ BEER NEVER BROKE MY HEART TOUR, in addition to their own dates. For tour dates and more, visit?TheCadillacThree.com.?