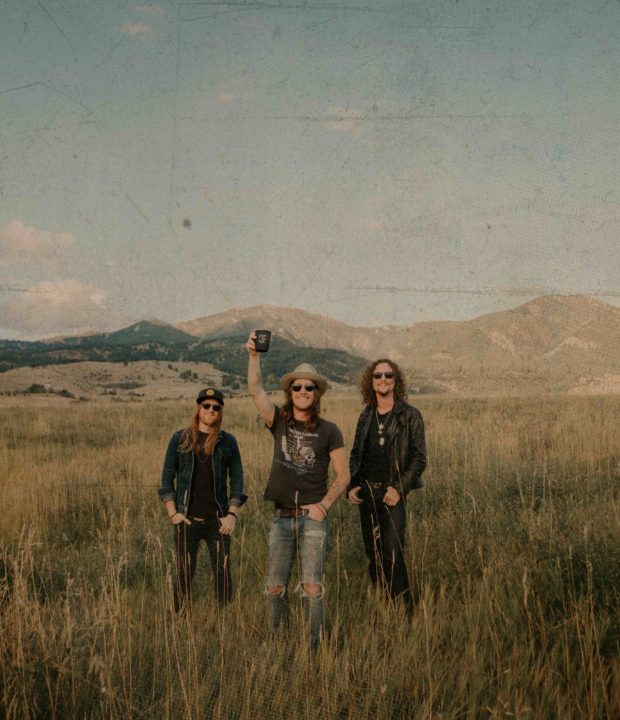 The Cadillac Three have released the latest track, ‘Slow Rollin’’ from their upcoming album, Country Fuzz, which is out Feb 7th via Big Machine Records.

When it comes to straddling the line between rowdy country music and rebellious hard rock, no one does it better than The Cadillac Three and ‘Slow Rollin’’ is exactly that; the perfect demonstration of catchy riffs, laid back beats and big choruses.

It comes with a just as slick video, showing The Cadillac Three at home on the stage laying down grooves interspliced with lead singer Jaren Johnston cruisin’ down the street whilst the band’s rhythm unit Kelby Ray and Neil Mason give the ending a surprise push.

Loudersound slapped the song straight into the Tracks of the Week, claiming it to be, “more Nashville than Chet Atkins eating a plate of hot chicken… deep vocal gravel – straight from the pipes of Billy Gibbons – while guitars, lap-steel and southern drawls are laid on thick n’ tasty. Like swaggering through molasses, en route to a rodeo. Yeah.”

Country Fuzz isn't just the name of the group's new album. It's also their aesthetic, the phrase that best sums up both the music and lifestyle of singer-guitarist, drummer and lap-steel alchemist Kelby Ray who’ve brought their sonic chemistry across the globe.

"We've been Country Fuzz forever," says Jaren. "When I think of Southern rock, I think of Lynyrd Skynyrd. When I think of country, I think Garth Brooks. This record and this band are all of that. But it's also ZZ Top and Jerry Reed. It's Medeski Martin & Wood and Prince. There's no better way to describe who we are than Country Fuzz."

"It's not easy to land on something that is your own thing, but we're proud to say we did that," Neil says of the band's sound. "It works for us in any direction that we're going. Country Fuzz is anything from a stripped-down country ballad to a sludgy, riff-heavy rock song. And it's also country-funk."

"We've matured as musicians and as a band," says Kelby, whose lap bass line is largely responsible for the trio's one-of-a-kind vibe. "Our sound is second nature to us and that only comes from playing together for as long as we have."

Averaging 140 shows a year, The Cadillac Three are perpetually burning up the highway and the skies, traveling 40 out of 52 weeks. It's grueling, committed work, but Jaren, Neil and Kelby wouldn't have it any other way and a lot of the songs for Country Fuzz were written on the road travelling from city to country.

The band has also released ‘Long After Last Call’ and ‘Back Home’, as well as the recent singles ‘Crackin’ Cold Ones With The Boys’ and ‘All The Makin’s Of A Saturday Night’ – all of which are part of the 16 tracks on the album they collectively produced.

COUNTRY FUZZ PRESENTS: THE CADILLAC THREE kickoffs January 23, 2020 in the US before crossing into Europe. Tickets are on sale now at thecadillacthree.com.

The Cadillac Three isalso on the stellar line up for the Country 2 Country tour, performing alongside Luke Combs, Darius Rucker, Eric Church and more throughout the UK and Europe in March 2020. The tour stops off in London, Dublin, Glasgow, Amsterdam and Berlin. More information about C2C can be found here.

In addition to their own catalogue, TC3 are credited on hits for Keith Urban, Eric Church, Tim McGraw, Rascal Flatts, Miranda Lambert and Steven Tyler, to name a few. This year also saw the band earn a 2019 CMA International Award nomination for International Artist Achievement.

GRAMMY-nominated frontman Jaren Johnston picked up a CMA Triple Play Award for his contributions to No. 1 hits ‘Beachin’’ (Jake Owen), ‘Sunshine & Whiskey’ (Frankie Ballard) and ‘Raise ‘Em Up’ (Keith Urban ft. Eric Church), which earned him an ACM Award nomination for Song of the Year.

TC3 have also launched an exclusive merch line so fans can embrace their signature vibe at each show and beyond. Get Country Fuzz Clothing here: https://countryfuzzclothing.com/.