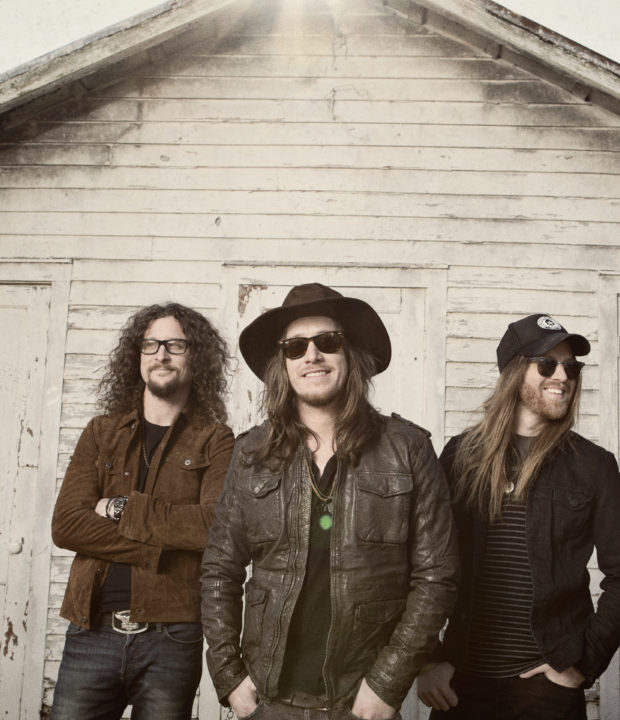 Nashville trio The Cadillac Three have revealed a live video of them performing their latest single ‘Drunk Like You’, which appears on the critically acclaimed new album 'Bury Me In My Boots', out now.

The session sees the band playing a stripped back version of the country rock anthem as well as featuring album tracks ‘Runnin’ Red Lights’ and ‘Ship Faced’. The beautiful acoustic performances showcase their musical and songwriting talents in these raw and unplugged performances with 'Graffiti' being released on October 21st and 'White Lightning' on November 4th.

TheGrammy-nominated, chart-topping frontman Jaren Johnston and his musical comrades, Neil Mason (percussion) and Kelby Ray (lap steel), have seen a wave of worldwide support since releasing Bury Me In My Boots on Big Machine Records last month. The album debuted at no.8 in the Official Album Charts on the first day of sales and dominated the Country Charts on both iTunes and Amazon.

The Cadillac Three were named‘Best New Band’in the2014 UK Classic Rock Roll of Honour Awards and became the most played new band on Planet Rock in 2015. The band recently brought their Southern swagger to the London’s legendary Abbey Road studios were they filmed a number of exclusive live versions of their songs.

Having established a loyal following in the UK with multiple sold-out headline dates and their recent electrifying performance at Ramblin’ Man Fair, The Cadillac Three will be returning to the UK for their Don’t Forget The Whiskey headline tour next month.

“Bluesy guitars, tales of whisky and moonshine and [singer] Jaren Johnston’s tobacco-gargling growl makes the point: we’re from the South”

“If you like Lynyrd Skynyrd but wish they weren’t so damn intellectual, The Cadillac Three might be for you…. ‘Bury Me In My Boots’ would probably sound great in a Texas honky-tonk on a starry night” – The Times