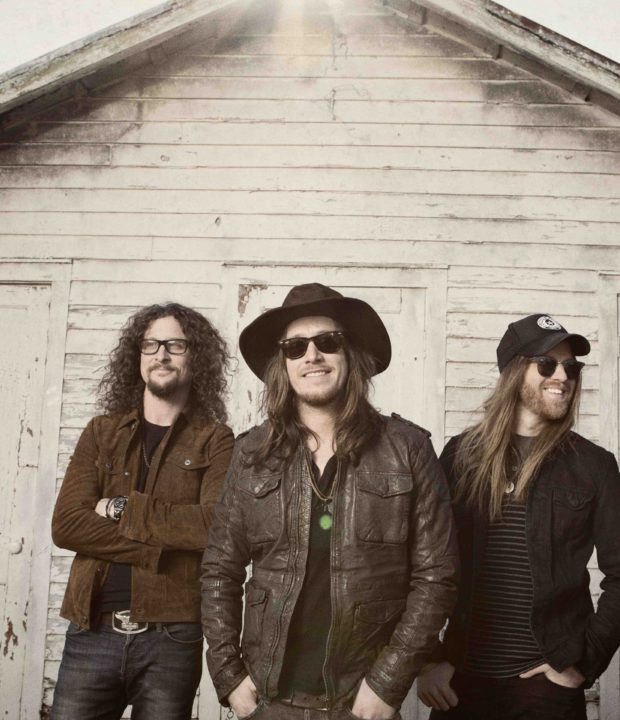 THE CADILLAC THREE released their long-awaited new album 'Bury Me In My Boots' on Friday (Aug 5th), which debuted at no. 8 in the Official Album Charts on the first day of sales and is currently sat at the top of the Country charts on both iTunes and Amazon.

“Bluesy guitars, tales of whisky and moonshine and [singer] Jaren Johnston’s tobacco-gargling growl makes the point: we’re from the South” – Mail On Sunday

“If you like Lynyrd Skynyrd but wish they weren’t so damn intellectual, The Cadillac Three might be for you…. ‘Bury Me In My Boots’ would probably sound great in a Texas honky-tonk on a starry night” – The Times

The Nashville trio who are known for their infectious Southern swagger have also released a number of live versions recorded at the legendary Abbey Road studios. ‘Graffiti’ was the first track to be released with other tracks including ‘White Lightning’, ‘The South’, ‘Runnin’ Red Lights’ and ‘Peace Love & Dixie’, all recorded at the historic North London studio.

The current single ‘Drunk Like You’, an infusion of country and rock, and a testament to the band’s well-known love of a hard-rockin’ good time is currently sitting at number 1 on Planet Rock’s airplay chart. The album also features their 2015 hit single ‘White Lightning’, which was playlisted at Radio 2.

Comprised of Jaren Johnston (lead vocals), Neil Mason (percussion) and Kelby Ray (lap steel), The Cadillac Three were named as ‘Best New Band’ in the 2014Classic Rock Roll of Honour Awards and became the most played new band on Planet Rock in 2015.

Rolling Stone claims, "Like Kings of Leon before them, they're poised for their first big break in the U.K. — where they've sold out every headlining show for nearly two years — before conquering their U.S. home turf.”

Having established a loyal following in the UK with multiple sold-out headline dates and their recent electrifying performance at Ramblin’ Man Fair, The Cadillac Three will be returning to the UK for their Don’t Forget The Whiskey headline tour later this year.