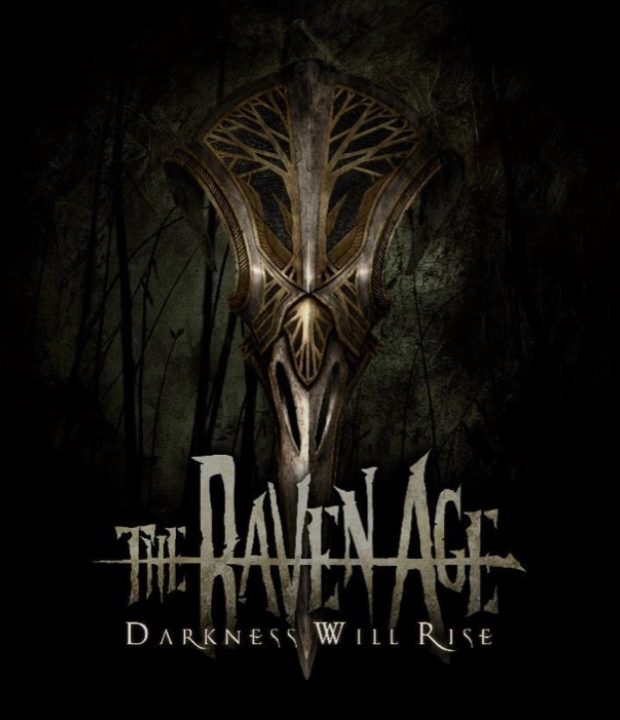 The Raven Age announced their debut studio album 'Darkness Will Rise' live on stage in Luxembourg last night on 'The Book Of Souls' World Tour with Iron Maiden. They have released a video of the unveiling, which included a live performance of ‘Angel In Disgrace’.

Darkness Will Rise will be released in December 2016 and can be pre-ordered with an exclusive free track ‘Trapped Within The Shadows’ (http://theravenage.org/).

Having hit 36 countries over the past 6 months, The Raven Age will play the final show of their tour at Wacken Open Air festival on 4th August.

More details and a specific release date will follow shortly.

“Everything we have done in the last 3 years has built up to this announcement… We’re incredibly proud and we’ve been overwhelmed by the reactions we’ve received on this tour and can’t wait to deliver this album to our fans around the world.” George Harris, The Raven Age.

Here is what the global press have been saying about The Raven Age:

Kerrang, Chicago, USA - “Delivering an opening kick in the pants before all that are The Raven Age. Chunkier than Killswitch Engage driving a Yorkie truck, they are a damn sight heavier than Maiden, but their infectious, relentless, energy is the perfect aperitif for what’s to come”

Metal Hammer, UK - “The Raven Age could well be the UK’s next brightest metal hope”

Texx & TheCity, Cape Town, S.Africa - “The Raven Age, a metal band from the UK deliver a powerful performance of heavy riffs paired with melodic vocals and prove themselves worthy of the task of opening for Iron Maiden”.

Heavy Magazine, Sydney, Australia - “Any band has big boots to fill supporting a massive headline act like Iron Maiden. But UK five-piece The Raven Age did a pretty damn good job of that tonight. The thudding drums of Jai Patel, sees front man, Michael Burrough starting up the crowd, making them clap in sync as the stomping riffs of Dan Wright and George Harris, take hold of the arena. The band is tight and come across as one great live act”.

Music Trespass, Oxford, UK - “The good thing about The Raven Age is that when you listen to their songs you remember them; you can’t say that for most bands these days. They are heavy but also have great melodies. If you can actually find a copy of their self-titled debut EP, then make sure you do because you will not be disappointed, it is brilliant!

This is a band that have just been getting better and better on the live scene, outshining the main act on many occasions with full on explosive metal sets... that are just faultless for a band so young.”

Revolver, New York, USA - “Opening up the show was the up and coming band, The Raven Age. The band played a modern mix of heavy music with powerful melodic vocals and did an impressive job getting the arena crowd ready to watch Iron Maiden.”

The EP has had over 1,000,000 streams and the band has had over 1,000,000 combined hits on Youtube. Upon release back in 2014, it climbed to number 1 on Amazon’s hot new release chart and number 16 on the top 100 Amazon Rock and Metal Chart. Angel In Disgrace reached number 3 in the iTunes metal chart in Australia.