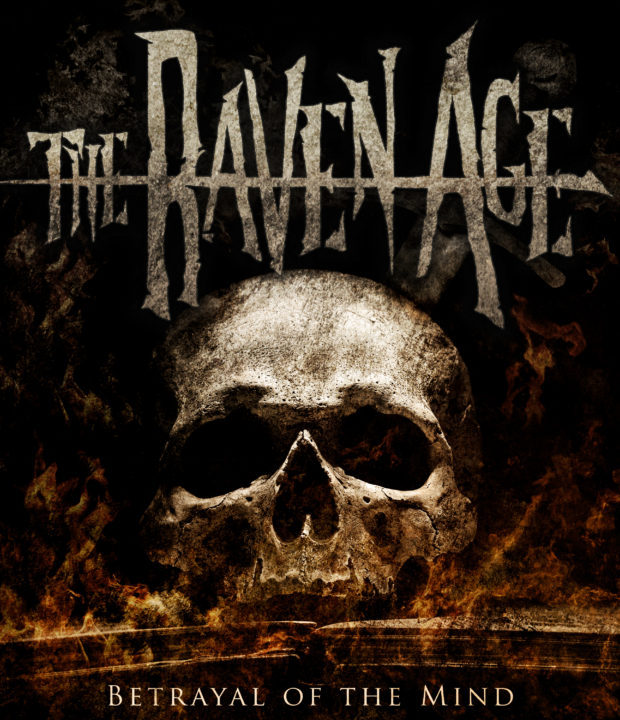 Proving themselves once again as one of the UK’s most exciting young metal bands, The Raven Age return with a brand new single ‘Betrayal of the Mind’, the first taste of their soon-to-be-announced second album.

Their hard-hitting, melodic approach resonates throughout the track, with slick yet heavy guitars and the soaring fresh tones of new vocalist Matt James introducing us to the forthcoming era of this tightknit collective.

The group’s founder and guitarist George Harris speaks about the track, "This was one of the first songs that came together for our upcoming album. What was cool when writing this was that we really got to experiment with melodies because of Matt's vocal range. There felt like no boundaries with it, and his high pitch tone with our heavy rhythms works really well for us.”

‘Betrayal of the Mind’ was written “as a result of mental health affecting all of us as individuals in some way and some worse than others”, he continues, “It’s become even more apparent in the last eighteen months or so just how many people are suffering in silence, especially in the music industry and fans of rock and alternative music.

Unfortunately, it's a subject that is so present in our everyday lives at the moment and we know that writing a few words isn't going to end it but it's our way of dealing with the past and present."

To show their support in raising awareness of mental healthand to support the ongoing battle that many secretly face every day, money generated from the first month of ‘Betrayal of the Mind’ sales will all be donated to The Blurt Foundation - an amazing charity that works tirelessly to make a difference to anyone affected by depression. Donations can also be made separately at https://localgiving.org/charity/blurtitout/

Vocalist Matt continues, “In an age where mental health problems are becoming a pandemic, it serves as a reminder how far we have come as a species but how unaccustomed we are to this new world in which we currently live. We are connected to each other through technology but yet are feeling more alone than ever. We need to spread awareness and act on these issues, and speak out when we are feeling alone. One way to do this is through music...”

‘Betrayal of the Mind’ is the second installment from the band since recruiting Matt, following the infectious ‘Surrogate’ which they revealed earlier this year ahead of their UK tour with metallers Savage Messiah. Both tracks provide the first taste of new music since the release of their acclaimed 2017 debut album Darkness Will Rise, which saw them championed by the likes of Metal Hammer, Kerrang and Planet Rock.

The Raven Age have carved out their own space within modern metal and it’s their commitment, electrifying live performances and ability to engage crowds that has seen them deservedly share stages with big names including Mastodon, Iron Maiden, Anthrax, Killswitch Engage and more on tours across the globe, as well as earning themselves slots at the Wacken Open Air, Rock Am Ring/Rock Im Park, Download UK, Hellfest, Bloodstock and Graspop festivals.

Following a relentless summer on the road, they are now gearing up for a European run supporting Tremonti, which includes five UK dates in Nottingham, Manchester, Bristol, London and Edinburgh.

With the band’s name and imagery inspired by the Tower Of London legend that if the ravens leave the Tower then Britain will fall, The Raven Age are flying their very own flag for the enduring power of metal. It’s time for them to start writing a new legacy!