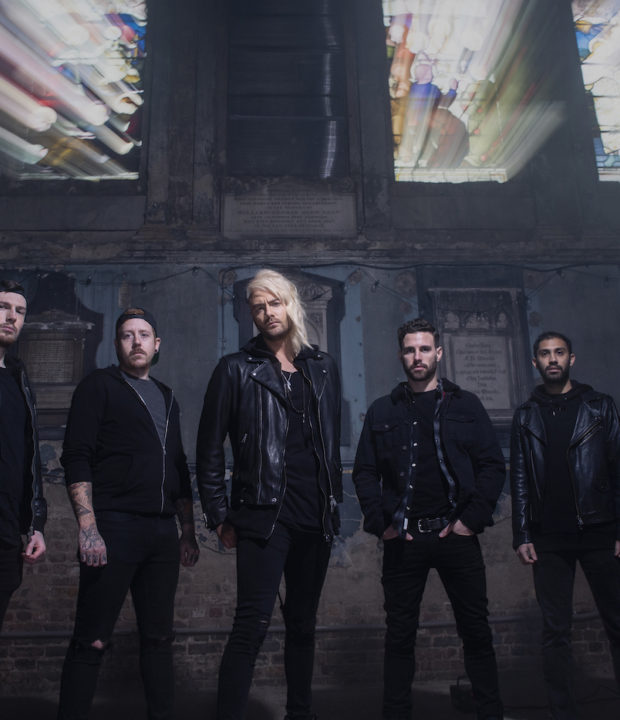 The track, a derivative on ‘The Day The World Stood Still’ from the band’s 2019 album Conspiracy, forgoes The Raven Age’s brazen bassline and drum kicks in favour of a stripped back acoustic backing.

The song takes on a vulnerable new sound, showcasing a side of the metal band that isn’t often put on display. ‘As The World Stood Still’ was released alongside an animated lyric video which fans can check out now here.

On the new single, the band share, “We could all tell early on that ‘As The World Stood Still’ lent itself perfectly to this kind of stripped back acoustic treatment used for Exile. As soon as we performed it live for the first time, we knew we had something special.”

The Raven Age recently announced their new album Exile, out September 17th via Explorer1 Music Group/EX1 Records. The album consists of 11 tracks including two new original songs, plus reimagined fan favourites from their 2019 release Conspiracy. Exile also features hand-picked live tracks from past shows in Chile, Canada, the United Kingdom and the United States. Track one and lead single ‘No Man’s Land’ is out now with an accompanying lyric video here.

Exile is available to pre-order now, including exclusive artist bundles with limited autographed copies via the band’s online store at https://theravenage.lnk.to/exile

The Raven Age have also announced their streaming event The Year The World Stood Still. The show will be taking place on Thursday, September 16th, in celebration of Exile’s release. With the ongoing pandemic complicating travel plans, the band wanted to ensure that fans all around the globe could experience the Exile premiere first-hand. The band will be accompanied by a string quartet and pianist and the night will include a live Q&A session with The Raven Age. Tickets for The Year The World Stood Still are available now here.

Following the release of the new album, the band are making their return to the stage with their ‘No Man’s Land Tour’, taking place in December this year. The tour sees them journey throughout England and Scotland, coming to a close with a special show at Powerhaus in London. Tickets are on sale now and can be found alongside the full list of dates here.

Put together as a passion project, The Raven Age’s newest album Exile breathes a new life into tracks that have already made their mark, further highlighting the band’s versatility and depth. Two new tracks make their appearance on the album, ‘Wait For Me’ and ‘No Man’s Land’, and act as a homage to current state of the world. From the height of their game in 2019 to having the rug pulled out from under them with the pandemic in 2020, Exile is the perfect bridge between what was and what is still to come.