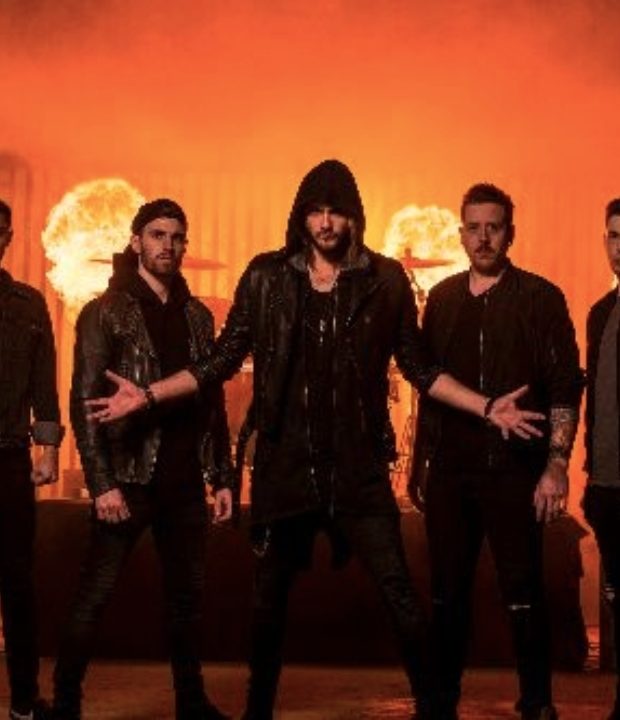 This March, UK heavy rockers The Raven Age will release their highly anticipated second album Conspiracy through Corvid Records. Ahead of the release, the band have shared the fourth installment from the record ‘The Day The World Stood Still’.

A melodic metal monster that is as brilliantly catchy as it is artfully heavy, it’s equipped with epic guitar solos and powerful vocal lines that have the ferocity and theatrics of the likes of metal heavyweights Avenged Sevenfold. It follows the previously released ‘Surrogate’, ‘Betrayal of the Mind’ and previous single ‘Fleur De Lis’, which has now reached over 1million streams on Spotify.

Named after a collective of ravens, Conspiracy is a cryptic soundtrack to the immersive fantasy world that the combined minds of bandmates Matt James (vocals), George Harris (guitar), Tony Maue (guitar), Matt Cox (bass) and Jai Patel (drums) have created. A world that delves into history’s myths and legends, with the stories re-told through their music and imagery. Clues left within their artwork and lyrics connect everything together to be part of a bigger story, pointing to what may later come to pass for The Raven Age.

Conspiracy is an inventive, mature and thrilling body of work that’s full of twists and tangents that carry the excitement from start to finish.

Having already built a solid live presence after touring the globe with the likes of Tremonti, Killswitch Engage, Shinedown, Mastodon to name a few and appearing at a number of festivals including Waken Open Air, Bloodstock and Download, they will be supporting this release with their biggest headline run to date across the UK and Europe throughout March and April with support from Defences.

They will then continue the year as support to Iron Maiden on their North and South American leg of the ‘Legacy Of The Beast’ tour from July to October.