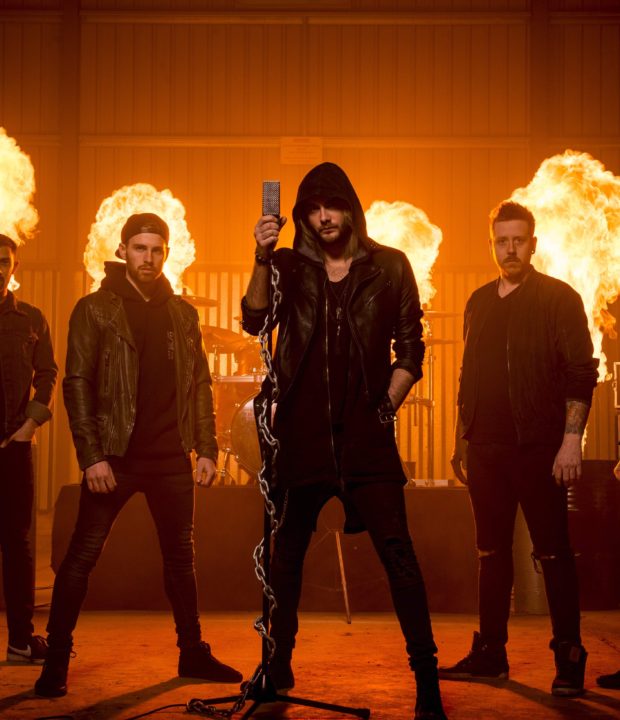 Dubbed as “the UK’s next brightest metal hope” (Metal Hammer) and Planet Rock’s‘Best New Band 2017’ award winners, The Raven Age have today announced the addition of former Wild Lies vocalist Matt James who takes over frontman duties as the band continue their path to global stardom.

“I'm feeling incredibly honoured and excited to become part of ?The Raven Age family. It's been such a natural fit for me, and has made me see that the possibilities are endless for the future of this band,” says Matt.

The first taste of the new line up, completed by guitarists George Harris and Tony Maue, bassist Matt Cox and drummer Jai Patel, comes with the brand new single ‘Surrogate’.

“The morale and excitement of?The Raven Age has been sky high since Matt joined the band” comments George Harris. “He is an incredible vocalist and has brought a new lease of life to our sound. We can’t wait to show everyone what we’ve been up to in the studio and ‘Surrogate’ is just a teaser of what Matt is bringing to the table.”

With an already impressive portfolio of over 250 live shows played worldwide, including their first European headline run and support slots with acts including Anthrax, Gojira, Mastodon, Ghost, Iron Maiden and Tremonti as well as appearances at Wacken Open Air, Rock Am Ring/Rock Im Park, Download UK and Graspop festivals, The Raven Age have a huge year of touring planned in 2018.

To kick things off, the band will join Savage Messiah on their six-date UK tour, which starts tonight at Nottingham Rock City and visits Manchester, Glasgow, Newcastle and Birmingham before concluding at The Underworld in London on April 19th. “We can’t wait to get back on the road to play some of our new material for the first time!” adds Harris.

Their live schedule will continue this summer with main stage appearances at this year’s Hellfest and Volt Festival and European dates supporting Iron Maiden, with more high profile tours soon to be announced.

With a second album in the works, to follow their acclaimed debut Darkness Will Rise, and the US in their sights, The Raven Age head things up for the new generation of British metal bands breaking through.